Spin-offs, 'rebels' and hypercars - Porsche shows the cars that inspired its modern line-up

• Porsche lifted the veil on some of its design secrets.

• The automaker showed several of the cars it designed in its history.

Porsche recently pulled back the curtain on some of its designs and the processes and thinking behind them. And while we see the concepts and subsequent production models, there often is an entire story that accompany each of Porsche's model ranges. To a large degree, these stories and 'secret' concept cars are often a representation of the bond between designer and product.

Porsche's Michael Mauer says: "The bond of the designers to the Porsche brand - and really everything that makes it what it is - is very strong in Weissach. With every sketch they are working on, the designers can vividly imagine how the prototype will, at one point, drive round the test track here. At the same time, the designers here enjoy maximum freedom and can give their creativity free rein. This dynamic space is something very special."

With its raised suspension, reinforced wheel housings, massive bumpers and a spartan rally cockpit with race seats and roll cage, the 2012 Porsche 911 Vision Safari fully reflects its historic rally predecessor. The designers even planned a special shelf mounted above a fan behind the seats - to cool down your crash helmet between especially hot stages. Inspired by the brand's great off-road icons – the Porsche 911 Safari and the 959 Paris-Dakar – the design team in Weissach therefore fitted the 2013 Porsche Macan Vision Safari on correspondingly chunky tyres. As a sportily proportioned three-door with increased ground clearance and a hatful of rugged accessories, the sporty off-roader would be ready to leave the tarmac: ready to explore the remoter corners of East Africa or the Siberian steppe. Freed of all the trappings of comfort, with a shallow windscreen, distinctive roll bar, set of precision instruments from a Porsche 918, single seat for the driver and a helmet shelf instead of a passenger seat, the 2014 Porsche Boxster Bergspyder was ready to tackle the mountains. Its weight of just 1130kg was nicely complemented by the 290kW of its 3.8-litre Cayman GT4 motor. It is clearly possible to discern the race track origins in the design of the Porsche Le Mans Living Legend: the front and rear lids open in opposite directions, refueling takes place via a central filler at the front, and it proudly wears its racing start numbers all round. The large air intakes in the rear side windows indicate what race engine is installed – the most incredible-sounding eight-cylinder. In the widest sense, the race-oriented 2016 Porsche Le Mans Living Legend is a predecessor of today's Porsche 718 Cayman GT4. How minimalist can a Porsche be in current times? An intern from the design team answered the question with this really rather appealing little vehicle concept. The stylistic inspiration for the pigeon-blue study was the compact 2016 Porsche 916, which was developed as a prototype at the beginning of the 1970s but never went into series production. With its spartan cockpit, flat radiator grilles over its mid-mounted engine, red racing stripes and the suggested fins at the rear, the 2019 Porsche Vision Spyder compact sports car quite clearly calls to mind the Carrera Panamericana racer. At the same time, the study served as the basis for further development of the design identity for combustion-engined Porsche sports cars: the vertical arrangement of the headlights at the front as well as other aerodynamic and functional elements such as the angular roll bar were thus adopted as part of the Porsche design language. As Porsche's design team started to experiment with different body styles in 2013, they quickly realised, to their utter astonishment, that the car they'd designed, the Porsche 904 Living Legend, had very similar proportions and dimensions to one of the lightweight racing legends from the factory museum – the Porsche 904.

The result was an incredibly compact and efficient mid-engined sports car. With its low cockpit and sculpturally flared wheel arches, it confidently transported the purist design idea of the legendary Porsche Carrera GTS from 1963 into the present day. A high-revving V2 motorcycle engine would have been a suitable power plant for the Porsche 904 Living Legend, which barely weighed more than 900kg. Which cars will define the image of Porsche in the days and years to come? In the past, it was often the most extreme and the very fastest sports cars that stood out as technology pioneers and halo products. The Porsche 904 Carrera GTS, the 959, the 911 GT1, the Carrera GT and the 918 Spyder – they all made people dream of owing a Porsche. In the Weissach design centre, the team are already asking themselves the question of what the next generation of ultimate Porsche sports car for the road might look like.

From a Le Mans racing car for gentleman drivers through to a limited-edition single-seater based on a Formula E racer - cars can't be much more electrifying than these radical visions. What was it that Ferry Porsche said back in the day? "The last car ever to be built will be a sports car." If the great designer and entrepreneur were still with us today, he would probably add a hypercar to his sports car.

See the photo gallery below, click on the arrow on the right to scroll through images: 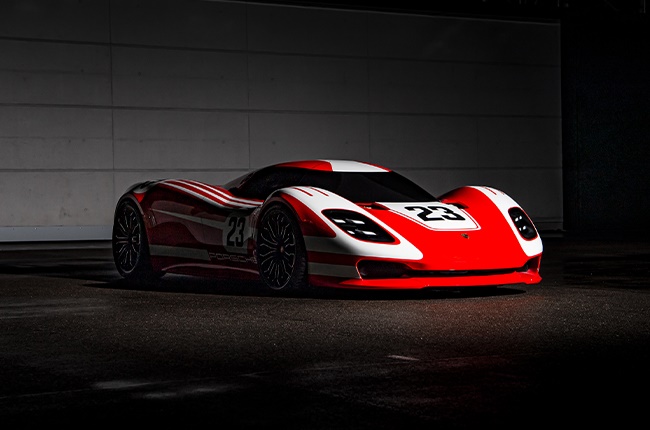 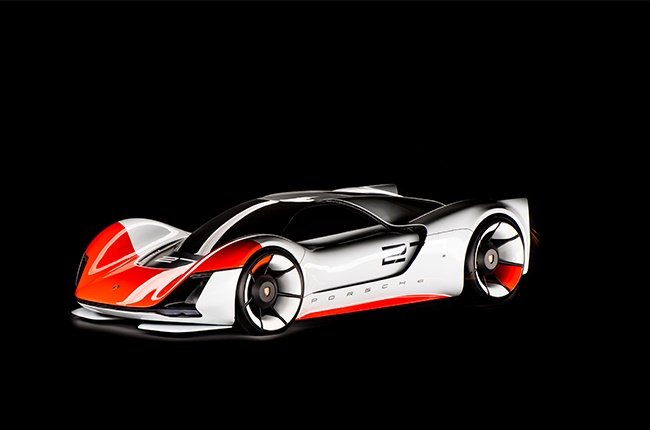 We live in a world where facts and fiction get blurred
In times of uncertainty you need journalism you can trust. For 14 free days, you can have access to a world of in-depth analyses, investigative journalism, top opinions and a range of features. Journalism strengthens democracy. Invest in the future today. Thereafter you will be billed R75 per month. You can cancel anytime and if you cancel within 14 days you won't be billed.
Subscribe to News24
Related Links
WATCH | The new Porsche 911 Turbo is faster, more powerful, and utterly refined
REVIEW | Unbridled and uncompromised - The Porsche 718 Cayman GT4 is a class-act sports car
Modern classics | Why Porsche's 911 Carrera T is a brilliant dance between man and machine
Next on Life
Judgement Day: What it takes to be a classic car judge at the popular Concours South Africa 2022