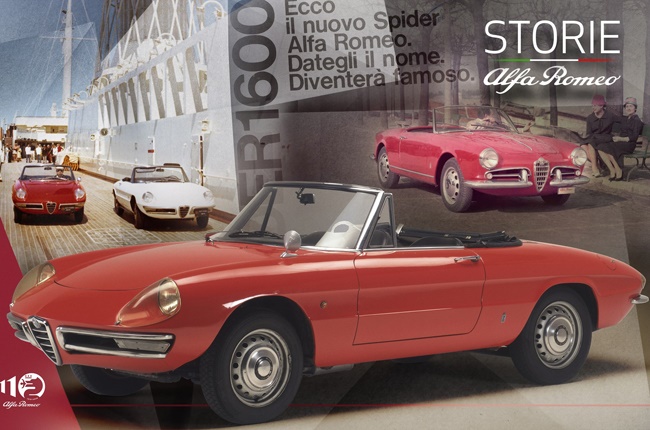 • Duetto Spider was owned by the likes of Muhammad Ali

In the earlier years of the 1960s, Alfa Romeo entered a new phase with its cars. These beauties were called 'Spiders' and would go on to capture the hearts and minds of nearly everyone who saw them. The Duetto Spider was the first to see the light and, according to Alfa Romeo, seduced many a celebrity including Steve McQueen, Dustin Hoffman, and Muhammad Ali.

The Duetto Spider stayed true to Alfa's DNA of producing elegant vehicles that delivered in spades when you'd slot in behind the steering wheel. The Duetto was produced over a period of 24 years and more than 124 000 units rolled off the production line. Spanning four generations, the Duetto enjoyed the longest lifetime of any Alfa Romeo model.

The Duetto Spider was powered by a 1.3-litre petrol engine sourced from the Guilietta. It produced around 50kW and could power the car to a 155km/h top speed. A 60kW Spider Veloce model was later added to the range.

Do you own an Alfa Romeo Duetto Spider, or know someone who does? Or any other older Alfa Romeo model? Please Email us your images and stories!

We live in a world where facts and fiction get blurred
In times of uncertainty you need journalism you can trust. For only R75 per month, you have access to a world of in-depth analyses, investigative journalism, top opinions and a range of features. Journalism strengthens democracy. Invest in the future today.
Subscribe to News24
Related Links
WATCH | Alfa Romeo was the vehicle of choice to emergency personnel after World War II
WATCH | Alfa Romeo remembers winning the first F1 championship in 1950
Next on Wheels24
WATCH | These senior petrolheads still go for weekly rides in their classic cars since 1957