WATCH | Remembering the 156 - One of Alfa Romeo's greatest success stories 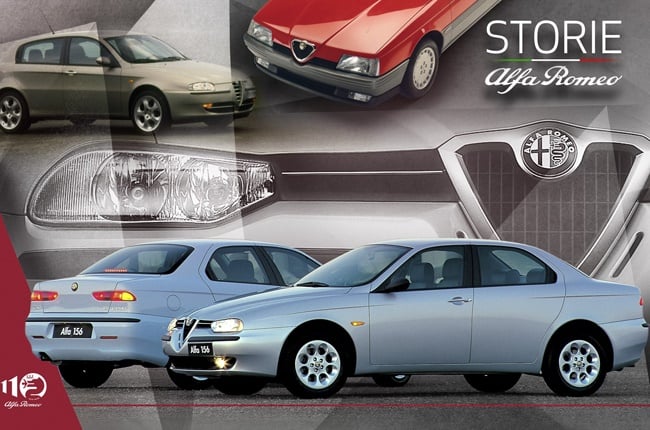 It was the year 1997, and international media attendees gathered in Lisbon, Portugal for the launch of the all-new Alfa Romeo 156. It was a big moment for Alfa, seeing that the 156 was the first front-wheel-drive car it produced, ever.

Rear-wheel-drive was forgotten as the car was pushed to its limits, impressing with each passing kilometre. Alfa Romeo says that the car was a "game-changer from a technical perspective; combining power, lightness and control - the eternal features of the Alfa Romeo DNA."

Coinciding with the launch, Alfa invited a million people to attend the launch at its dealership around the world. In just a few months, more than 100 000 orders were placed, and between 1997 and 2005 - the production period - more than 680 000 units were sold, globally.

In 1998, it won the European Car of the Year award. And for ten years of competing in Touring Car championships, even after production came to an end, the 156 won a total of 13 titles.

Follow @Wheels24
Have you ever experienced an Alfa Romeo 156? Email us with your story.

We live in a world where facts and fiction get blurred
In times of uncertainty you need journalism you can trust. For 14 free days, you can have access to a world of in-depth analyses, investigative journalism, top opinions and a range of features. Journalism strengthens democracy. Invest in the future today. Thereafter you will be billed R75 per month. You can cancel anytime and if you cancel within 14 days you won't be billed.
Subscribe to News24
Related Links
WATCH | The Alfa Romeo 33 Stradale had a 2.0-litre V8 engine and could reach 260km/h!
WATCH | How the Alfa Romeo Duetto Spider won the hearts of Steve McQueen and Muhammad Ali
Next on Life
SA's old car that kicks classic butts: Meet the world's fastest Volvo Amazon