• Audi is the leaders in patent applications filed for electric powertrains in Germany.

Audi prides itself on its slogan 'Vorsprung durch Technik', which means 'Lead by Technology' when you translate it from German to English. This movement indeed came into being in 1970 when Audi entered a new phase.

Over the next 50 years, the Ingolstadt-based company grew and remained at the forefront of technological advancements; even with the world fast moving into an electric direction.

In 2019, Audi filed more than 1200 patents at a rate of more than three per day. The subject matter and focus of the patents, says Audi, is with the shift in social awareness in mind. While the emphasis in earlier years was on conventional engine technology and transmission, digitalisation and electric mobility are the preference today. 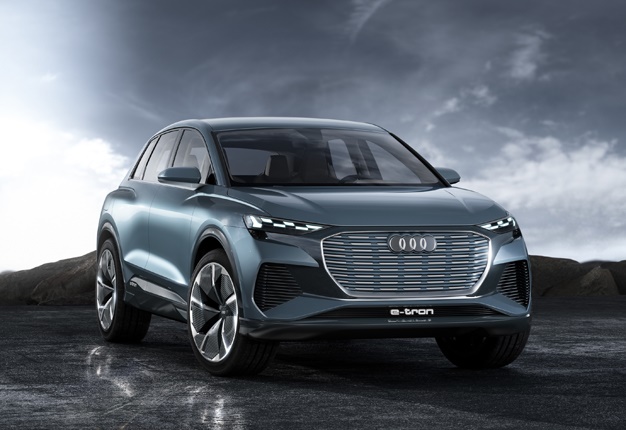 Audi proudly says that they hold around 13 000 patent families worldwide, equating to about 233 000 individual patents and patent applications.

Audi says that two of its engineers invented a new method of operating the electric machines of the upcoming e-Tron. Audi says: "Their function for predictive energisation of the e-machines via smart and innovative power electronics enhances driving dynamics. At the same time, it minimises electric power consumption by "anticipating" the desired driving commands and predictively initiating them."

Patents by Audi are also found in the field of fluid mechanics. In other words, how to better utilise the physical flow behaviour of fluids. The end-result sees a more effective cooling on the rotor. Another patent, for example, improves the distribution of power between the two axles on Audi's electric cars. This is achieved by reading the driving behaviour more intently.

Whereas many competitors purchase electric drive technology, Audi develops it in-house in many areas. The automaker says that they are the leaders in patent applications filed for electric powertrains in Germany. We live in a world where facts and fiction get blurred
In times of uncertainty you need journalism you can trust. For 14 free days, you can have access to a world of in-depth analyses, investigative journalism, top opinions and a range of features. Journalism strengthens democracy. Invest in the future today. Thereafter you will be billed R75 per month. You can cancel anytime and if you cancel within 14 days you won't be billed.
Subscribe to News24
Related Links
RS battle: Audi RS7 vs Audi RS4 in a drag race
SEE | Here are the five most fuel efficient cars in SA
Next on Life
OPINION | Australia has a new Electric Vehicle Discount Bill - why South Africa should follow suit