Ford is using VR to keep its designers connected while WFH Tools of the Trade

The VR system uses the same data that would typically be used to build a physical clay or foam model.

Designing a car doesn't only require a designer with a sketch book. There's enormous cross-functional effort from engineers, product developers and designers.

Faced with the challenge of collaborating due to the government's stay-at-home order because of Covid-19, Ford's Australia Design Studio leveraged technology and used Virtual Reality (VR) and turned their living rooms into the design studio.

The United States carmaker's use of VR technology for designing was originally developed as a way for key stakeholders from around the world to work together from their respective offices.

An engineer or designer working from the company's headquarters in Dearborn, Michigan could simply log onto a meeting with a designer in Melbourne, Australia, using teleconference software similar to what you would use while working from home.

The company says this technology is often used during the different design reviews or checkpoints that vehicles in development have to pass to continue the journey to production.

To answer the demands of working from home, Ford Australia distributed high-performance computers along with HTC VR goggles and hand controls to key designers so work could continue on future vehicles. 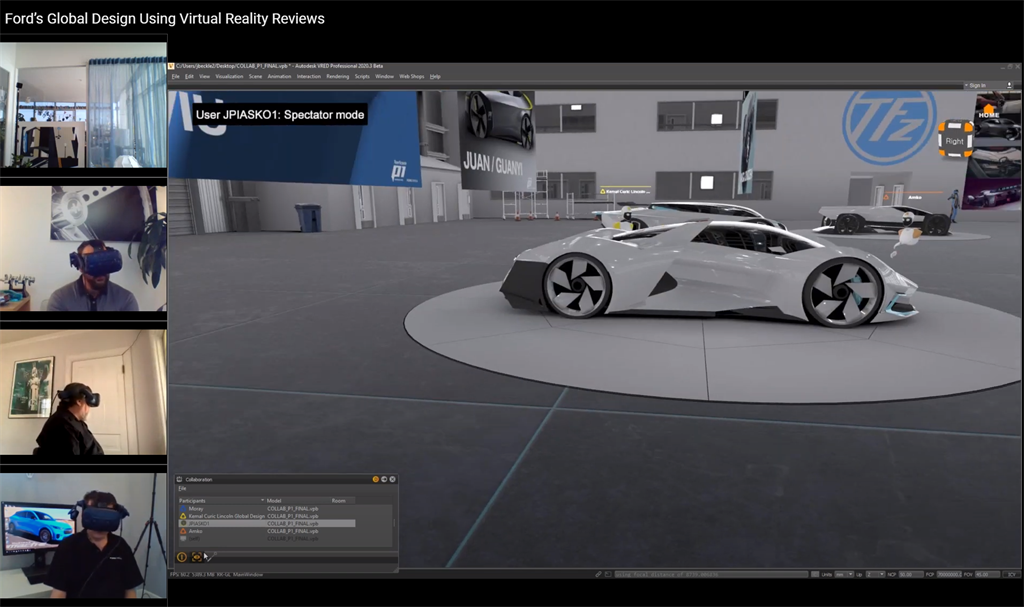 Tools of the Trade
Quickpic

Much like design reviews, the Australia-based design team logs onto a virtual meeting so their work can continue from the safety of their homes. Designers on the virtual meeting are represented by avatars, which their coworkers can interact with, just like the players in an online videogame.

The VR system uses the same data that would typically be used to build a physical clay or foam model for evaluation.

The software used in conjunction with the VR goggles can create a digital version of the clay model and can place the vehicle anywhere in the world. For example, the VR system can simulate the car in an outdoor plaza and can replicate how light and shadows affect the vehicle's appearance, just like in the real world.

Ford says designers can also use the headsets and hand controls to enter the cabin and manipulate controls and touchpoints.

VR allows design teams and key stakeholders to study both the vehicle's body and cabin without having to be in the same room or even the same time zone.

The avatars representing stakeholders are equipped with laser pointers to help them point out specific elements during their discussions.

We live in a world where facts and fiction get blurred
In times of uncertainty you need journalism you can trust. For 14 free days, you can have access to a world of in-depth analyses, investigative journalism, top opinions and a range of features. Journalism strengthens democracy. Invest in the future today. Thereafter you will be billed R75 per month. You can cancel anytime and if you cancel within 14 days you won't be billed.
Subscribe to News24
Related Links
Ford and Google want to reinvent the 'connected car' experience
Ford SA announces R15-billion investment to build new Ranger and Amarok in 2022
Next on Wheels24
REVIEW | 'Full ahead, Mr Sulu, maximum warp': Superb Audi e-tron S delivers thrills