Future forward: Car tech that will change your life Cape Town - Modern cars already have some advanced technology built in such as satnav, Bluetooth and DVR systems, but for anyone who heard predictions of flying cars by the year 2000, we are well short of those lofty car-tech goals.

Modern cars are pretty refined and as engineering advances, more reliable than the so-called classic cars of yesteryear (though they still require maintenance).

While some may wax lyrical about the beauty of the 70s cars, the truth is that they were not greatly reliable and many drivers were forced to carry a full toolbox in the boot.

And while electric and autonomous cars are being talked about, they won't be seen in massive numbers on the roads soon as the limitations of battery technology and regulation hamper their mass-market appeal.

The 2016 paper, A roadmap to safer driving through advanced driver assistance systems, prepared by The Boston Consulting Group, argues that driver technology aids or Advanced Driver Assistance Systems (ADAS) are able to reduce the impact of crashes on US roads, estimated to cost $910bn.

"ADAS technologies alone have the potential to prevent 30% of all crashes. Together with autonomous technology, we could reduce motor vehicle accidents by 90%," the paper reads.

So beyond that cool in-car entertainment system, what car tech do you deserve in ride now - and will it save your life? On the Datsun SSS, it was cool to have fender mounted mirrors, and motorised folding mirrors are a cool evolution of this ancient technology.

But why in 2017 do we still bother with side-mirrors on our cars?

Luxury models like the Mercedes AMG GLE 63 S BiTurbo SUV already have a multi-camera setup and it seems like low hanging fruit to have cameras replace old-school side-mirrors.

One camera takes up much less space than a mirror and most new devices produce footage in high definition, making it an easy replacement that may also reduce the "blind spot" with a wide angle lens.

In any case, a mirror requires that you spin your head to meet the K53 requirements and it would be much safer and efficient to have a display set-up in the car that shows you where the potential danger might be. Perhaps displaying this via a HUD display...but more on this later.

Car keys are soooo 1916 Cadillac Type 53. But then again modern keyless entry systems can be unnecessarily complex and expensive to replace.

Seems that there are easier options as far as security go for your car; Your smartphone is usually with you and could easily double as a verifier to both open the door as well as start your car.

Banks are already happy to use smartphones to verify payments and it seems like a small hop if it’s good enough for your financial transactions to use for your car.

But what if a thief steals your phone as a way to access your car? 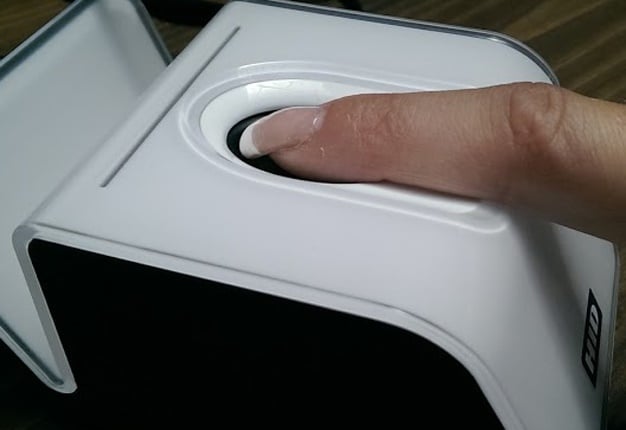 Manufacturers could build a kill switch into the code so that you could send that code to your car to disable or lock the vehcile remotely.

US patent number US 9688286 B2 describes a smartphone enabled kill switch that is envisioned to increase driver safety and security by ensuring that a car can be remotely disabled.

"More particularly, this invention relates to a driver safety management system that integrates features and functionality of a mobile device, such as a smartphone, into a comprehensive safety management platform for reducing motor vehicle accidents, violations, and associated costs along with capability to increase overall effectiveness of a driver safety program," says the document.

It's not as if thieves cannot steal your current car key and there are those that implement remote-jamming.

A second option is some kind of biometric such as fingerprint reader which could be programmed to read a specific digit or combination of multiple fingers.

Biometrics is a mature technology already is use in a wide variety of applications, including verification at the department of home affairs and in the financial sector.

Many smartphones are also equipped with biometrics technology that is set to become standardised in the near future. Most modern cars employ LED systems in both headlights and rear lights, but despite that, generally they remain dumb lights relegated to simple on/off functionality.

It's an order of magnitude better than the hand signals or those orange trafficators such those fitted to an Austin A30.

One area to improve vehicle lighting efficiency is through smart lights that would, for example, change colour depending on the rate of deceleration so that it gives both drivers and automatic driving systems advanced warning of the vehicle's movement.

Such LED systems could also be programmed with specific messages such as the gimmick LED displays one can already buy at local motor accessory shops.

For example, they could say "Too close" for those GTI drivers who enjoy driving on your tail, "Baby in car" to alert drivers to your precious cargo, or even "Emergency stop" when you slam your foot on the brake in a sudden traffic stop.

Motor safety glass was invented in 1903 by chemist Édouard Bénédictus and Henry Ford first installed it on his cars in 1919, making it standard by 1929. Instead of having to look at the in-car displays that have become so common-place, you find them in everything from the Ford Fiesta to a Jaguar, the driver's attention should remain focused on the road ahead.

Fighter pilots use HMD (Head-mounted displays) or HUD (head-up display units) to give them a holistic view of the aircraft in 3D space.

While HMD systems are totally immersive, HUD units for cars are lower hanging fruit technology as augmented reality projectors could be built into windows or HD displays could replace windows entirely.

Not only could it display essential driving information, it could be employed to work with navigation systems for seamless navigation without having to avert a driver's gaze.

While ADAS systems like anti-lock braking systems and electronic braking have no doubt prevented serious crashes, control of the car is still largely granted to an ancient mechanical system that has remained relatively unchanged in almost 100 years.

Power steering was invented by Francis W Davis and first introduced on the Chrysler Imperial in 1951.

And aircraft pioneer Gabriel Voisin invented anti-lock brakes for aircraft in 1929 but they only made their way into cars in the 1960s.

However, for a new generation of drivers raised on PlayStation and Xbox, the car's interior remains a foreign environment.

Such systems need not include a steering wheel and mechanical controls in a vehicle, but must have human interaction at its centre to ensure safety and functionality.

In the From fly-by-wire to drive-by-wire: Safety implications of automation in vehicles, authors Neville A Stanton and Philip Marsden argue:

"It is concluded that there are areas where automation can provide benefits to the driver, but there are other areas where this is unlikely to be the case. Automation per se does not guarantee success, and therefore it becomes vital to involve Human Factors into design to identify where automation of driver functions can be allocated with a beneficial outcome for driving performance."

It is beyond the bounds of science fiction that modern cars could be equipped with a joystick, similar to a gaming controller that would include accelerate, braking, and steering.

This also means that designers could improve the impact cell for driver and passenger safety.

We live in a world where facts and fiction get blurred
In times of uncertainty you need journalism you can trust. For 14 free days, you can have access to a world of in-depth analyses, investigative journalism, top opinions and a range of features. Journalism strengthens democracy. Invest in the future today. Thereafter you will be billed R75 per month. You can cancel anytime and if you cancel within 14 days you won't be billed.
Subscribe to News24
Related Links
Toothpaste to clean your headlights? 5 weird car hacks that actually work
So Nissan's braking-tech will stop you from getting 'slapped' by passengers?
Next on Wheels24
Electric car supplies are running out – and could drastically slow down the journey to net-zero