Hybrid vehicles are impressive, but spark taboo subjects no one has spoken about until now

• Hybrid vehicles are good, but they have flaws.

• Your driving style determines how much harmful gas your vehicle emits.

• Hybrid vehicles have a future, but more work has to be carried out.

In case you were not aware, the automotive world is fast-moving into a "greener" space.

That means factories are adopting no-waste strategies, methods on reducing the carbon footprint, and producing cars that emit as few harmful gasses as possible. It's commendable and impressive, and it shows that even this industry we hold so dear is committed to saving the planet. 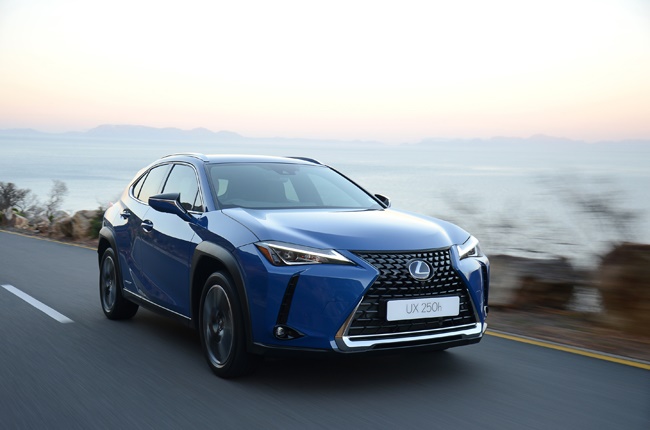 In South Africa, the uptake of electric vehicles is a bit slow, primarily because these vehicles are out of reach for your Average Joe. R720 00 for a BMW i3 is quite an ask, and the Jaguar I-Pace is just too ridiculously priced at R1.0 million more. This is just too much to ask of South Africans to commit to an electric future when 1) electric cars are still too expensive, and 2) government is not doing nearly enough to subsidize the cost of these vehicles.

Though there are more electric vehicles on the horizon for the local market, it remains to be seen how they will be priced.

In the interim, however, buyers have the option to purchase hybrid vehicles. These vehicles have an internal combustion engine, either petrol or diesel, and are then mated to a battery; usually a 48V unit. The goal: improve fuel consumption and lower the amount of emitted harmful gasses. Any manufacturer will tell you about the wonders of hybridisation, and how vast the advantages of this type of drivetrain is. And rightly so, because you can see, on paper, just how little your overall fuel consumption will be.

A hybrid drivetrain works in a simple manner: When there is enough charge in the battery, the vehicle will operate on battery power alone for an x-number of kilometres. When the system senses that the battery is nearing depletion or is depleted, the engine will kick in without hindering performance. The battery recharges as you drive by recovering energy through braking, coasting, and a host of other methods.

The system especially comes in handy when you're in bumper-to-bumper traffic. Here, when fuel consumption tends to rise, driving on battery power alone will reduce your fuel usage, and you'll be the hero for saving the planet. But if you have no charge in your battery, you'll be just as "guilty" as the rest of us for not adhering to the plight of the Greta Thunberg's of the world.

Do you think hybrid vehicles are the motoring choice of the future? Email us your opinion. The problem with hybrids

I will admit that hybrid vehicles have their advantages, but even that only lasts up to a point. Then the vehicle becomes just as "ordinary" as a non-hybrid variant. For the battery to recharge, you must brake often, and hard too. This would require you to reach a substantial amount of speed and hitting the brakes for the car to recuperate that energy. Alternatively, allowing your hybrid vehicle to recover the lost energy without a "human push" is fine, but how long will that take? And even when electricity is recovered, the hybrid mode kicks in as soon as it detects enough charge - even if that charge is only 20%.

What it comes down to is you, the driver, driving in such a way to recover energy; whatever the cost. You want to make use of battery power and not burn fuel, but you forget that you have to burn fuel to charge the battery.

Recently, Wheels24 had the Lexus UX250h EX on test. Making use of a 2.0-litre petrol engine and a battery, the crossover is said to have a fuel return of 4.5-litres/100km, according to Lexus. Our average, according to the onboard computer, was more than 8.0-litres in mixed conditions with a light foot.

At R690 300 for this Lexus, there are diesel alternatives one can look at. And the best part, fuel consumption will average below what you'll get in a hybrid vehicle. Although carbon emissions are an essential factor, an aggressive driving style will increase the harmful gasses your vehicle emits - whether you drive a car with a hybrid powertrain, or not.

There is an undoubted future for hybrid-powered vehicles, but the industry still has some way to go before breaking even. We live in a world where facts and fiction get blurred
In times of uncertainty you need journalism you can trust. For 14 free days, you can have access to a world of in-depth analyses, investigative journalism, top opinions and a range of features. Journalism strengthens democracy. Invest in the future today. Thereafter you will be billed R75 per month. You can cancel anytime and if you cancel within 14 days you won't be billed.
Subscribe to News24
Related Links
REVIEW | Lexus UX 250h EX
Maserati's new era - Ghibli Hybrid the first step into the future for the famed Italian automaker
Next on Life
A bulletproof EV? This electric car is the first Jaguar I-Pace to get bespoke armour treatment