OPINION | The state of electric vehicles in South Africa

In a new report "State of Electric Vehicles in South Africa", the national uYilo eMobility Programme addresses the four focal points of the current standing and future of electric vehicles in the country – which become incredibly relevant during the COVID-induced lockdown.

An initiative of (TIA) Technology Innovation Agency, a schedule 3A public entity of the DSI (Department of Science and Innovation) the national uYilo Electric Mobility Programme was established in 2013 as a multi-stakeholder, collaborative programme focused on enabling, facilitating and mobilising electric mobility in South Africa.

The programme is hosted within eNtsa, an internationally recognised hub of innovation and engagement institute within Nelson Mandela University. uYilo's facilities are headquartered in Port Elizabeth, with a satellite office in Johannesburg.

"Each of these must be addressed for SA to follow the global transition to non-fossil fuel transportation, boost consumer adoption and to remain competitive on the international stage." Air pollution is a major problem globally, with as much as 80% of the world's population living in an urban environment with pollutant levels that exceed WHO (World Health Organisation) guidelines. The Department of Transport Green Transport Strategy (GTS) launched in 2018 identified road transport in South Africa as being the primary source of transport-related CO2 emissions, contributing to 91.2% of total transport greenhouse gas emissions, primarily from the combustion of petrol and diesel.

There are nearly seven million people who die annually as air pollution increases the risks of respiratory and heart disease, lung cancer, low birth weight and both children and the elderly are particularly vulnerable according to the WHO's research. This places a significant burden on the healthcare system, and the weaknesses of that system are being exposed by the COVID-19 pandemic, which is impacting human life across the planet."

Automotive manufacturing has been a part of the SA industry since the assembly of the Model T Ford began in February 1924. This industry currently employs 110 000 people across the automotive spectrum. Along the South African Automotive Masterplan 2035 reaching targets of one per cent of global vehicle production and increasing local content from 39 to 60% to double employment in the value chain, electric vehicles will have to play a significant role going forward. 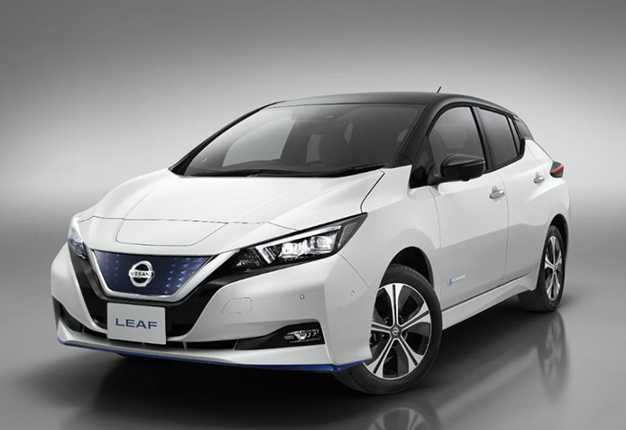 "Countries and cities worldwide are planning to ban petrol and diesel vehicles, some from as soon as 2025," says uYilo. "With most of our vehicle exports to the European Union, will our fellow African states need to become the next frontier market. African countries could also be pro-active in joining the global climate action movement and leapfrog into embracing Electric Vehicles, capitalising on abundant renewable energy and offset imports of fossil fuels."

Current import conditions do not favour electric vehicles, and South Africa does not manufacture battery-electric passengers vehicles to provide for the mass market. This impacts consumer choice in the switch to electric mobility.

"Low sales volumes for EVs in SA are a reflection on the customs tariffs imposed. Petrol and diesel vehicles from the EU have a customs duty of 18 percent while for electric vehicles it is 25 percent. Then there is the Ad Valorem Customs Excise Duties and VAT." The charging network in South Africa is growing; there are currently around 214 public chargers in South Africa listed on the global community-based platform PlugShare which provide charge times from 25 minutes to six hours, depending on their location, power capacity, and the vehicle battery size.

"Perceived range anxiety remains an issue for new adopters of electric mobility," says uYilo. "International use cases indicate that as much as 70 per cent of charging takes place at home and not at public chargers. Except for high mileage journeys, there is very little need for the typical car buyer to charge their vehicle in a public space, and it always has full range when left plugged in at home."

"In terms of grid impact, using the global five per cent average for the electric vehicle fleet, a similar fleet in SA would consume around 0.5% of peak energy demand. South Africa's current electric vehicle car parc stands at 0.009%."

For South Africa as a signatory to the Paris Agreement under the United Nations Framework for Climate Change Convention which was adopted in December of 2015, SA is committed to a "peak, plateau and decline (PPD)" emissions trajectory. Climate Action Tracker, an independent scientific analysis tracking government climate actions and measures against them rates South Africa's efforts as "Highly Insufficient" by December 2019.

"Broader policy frameworks need to be aligned toward addressing the global climate crisis," says uYilo. "For South Africa, it is especially challenging facing this as a developing country with priorities to reduce poverty and inequality."

We live in a world where facts and fiction get blurred
In times of uncertainty you need journalism you can trust. For only R75 per month, you have access to a world of in-depth analyses, investigative journalism, top opinions and a range of features. Journalism strengthens democracy. Invest in the future today.
Subscribe to News24
Related Links
e-Golf arrives in South Africa, but won’t be sold locally – Volkswagen explains why
SEE | Here are 8 other cool vehicles we want to see Tesla make
Next on Wheels24
Is solar and electric technology really going to save the world?