• The two stations are situated in Bellville and Somerset West's respective Civic Centres.

• The stations will be free to use by members of the public.

The City of Cape Town has expanded its dedication towards an electric future by erecting its second electric vehicle (EV) charging station. Situated in the Somerset West Civic Centre's parking area, the station is part of the City's continuous effort to enhance Cape Town's readiness for the full influx of electric vehicles in the future.

The City's Mayoral Committee Member for Energy and Climate Change, Councillor Phindile Maxiti, said: "This kind of proactive response to climate change will assist our City's recovery from the Covid-19 pandemic over the coming years as the green economy offers new opportunities for businesses and jobseekers. It also helps to ensure that the local economy can continue to trade competitively in a global world that is rapidly rejecting carbon-intensive goods and services. It is important that South Africa is not left behind and that we remain relevant to markets."

According to the City's website, members of the public can charge their electric vehicles for free, as the City will - at least for now - not have an asking fee for these stations.

In 2020, the City of Cape Town erected its first electric charging station at the Bellville Civic Centre.

The City of Cape Town has opened its second public electric vehicle (EV) charging station, situated in the parking area of the Somerset West Civic Centre.

One of the biggest challenges faced by South Africa and its preparedness for electric mobility is the lack of charging infrastructure. For the longest time, manufacturers have been trying to engage with the government on the topic and getting it to subsidise and (financially) support the uptake of electric mobility.

Though the national government has been tardy in engaging with discussions, Kia South Africa said in March 2021 that discussions with the government over the last 12 months have been more regular and more serious than ever before.

But the City of Cape Town, the municipal body in Cape Town, has been hard at work to show its support for electric mobility. The erecting of these two charging stations shows that they welcome the change and are ready to curb and reduce their carbon footprint. 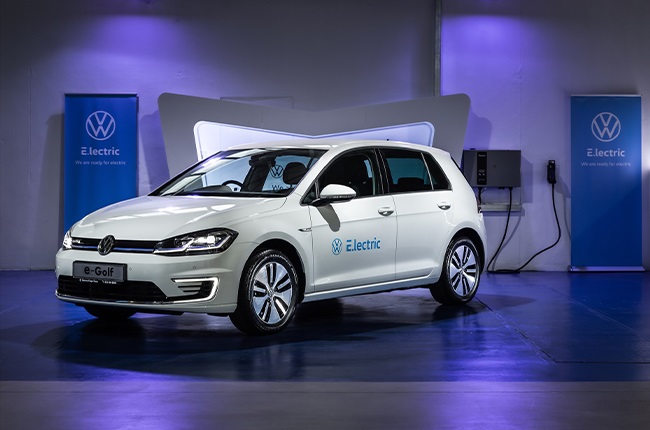 South Africa must get on board

South Africa is one of the global countries that produce vehicles - not only for the local market but also for export. However, these are all internal combustion engine (ICE) vehicles and not EVs. If, by 2030 when Europe switches to selling EVs as new vehicles only, South Africa does not ramp up its production facilities to produce EVs, the country could lose out on valuable income that directly affects its GDP.

Automakers doing business in South Africa could carry the conversion costs themselves, but it would be too expensive. Government incentives and support would go a long way in preserving South Africa as a vehicle manufacturing country, and ensure that we supply the world with the next generation of vehicles.

We live in a world where facts and fiction get blurred
In times of uncertainty you need journalism you can trust. For 14 free days, you can have access to a world of in-depth analyses, investigative journalism, top opinions and a range of features. Journalism strengthens democracy. Invest in the future today. Thereafter you will be billed R75 per month. You can cancel anytime and if you cancel within 14 days you won't be billed.
Subscribe to News24
Next on Wheels24
Electric vehicles in South Africa: how to avoid making them the privilege of the few