#StopTheCrash launches in SA: Here's how lives can be saved on local roads 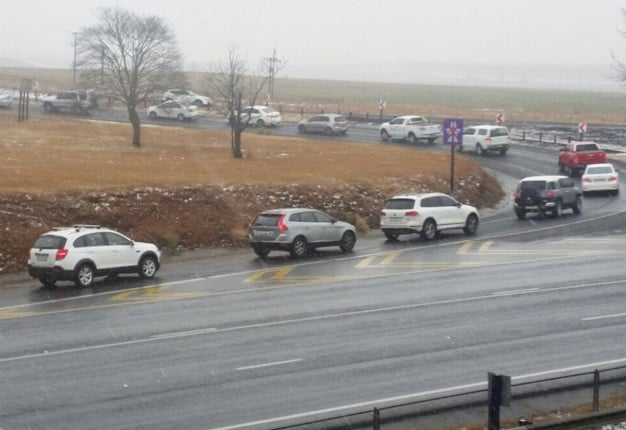 For the first time in Africa, the #StopTheCrash Partnership hosts live demonstrations of crash avoidance technologies in support of the United Nations Global Goals and the Decade of Action for Road Safety.

Launched at the Kyalami Grand Prix Circuit in Johannesburg with the support of the Automobile Association (AA) of South Africa, the #StopTheCrash Partnership event has a special focus on the life saving benefits of Electronic Stability Control (ESC), Autonomous Emergency Braking (AEB) and Anti-lock Braking Systems (ABS) for motorcycles.

The technologies promoted by #StopTheCrash have the potential to save thousands of lives every year and the UN has developed international standards to help encourage countries around the world to mandate these life saving technologies.

Many countries have taken a lead in adopting such legislation to protect drivers, riders and other vulnerable road users. Global NCAP and the Stop the Crash Partnership encourages the South African government to take a leadership role for the African continent in the fitment of vehicle safety technology.

Global NCAP has improved road safety in other countries & has the ability to improve road safety standards in Africa. The latest results show an improvement on what we’ve seen in the past, no zero or one star cars & we hope to continue our partnership to have #SaferCarsForAfrica. pic.twitter.com/XnjFsV5jxU

Sikkie Kajee, Chairman of AA South Africa said: "Stop the Crash demonstrates the important technologies available to avoid crashes. Africa is the least motorised continent in the world but has the highest per capita death rate. We simply have to deal with this crisis; one way is to avoid crashes.

"While vehicles in South Africa meet minimum standards, we again highlight the fact that for us, minimum is not good enough and more needs to be done to protect road users. We have an obligation to see this happen."

Our first #StopTheCrash event in Africa was a huge success. Consumers, media and authorities joined live demonstrations of crash avoidance technologies, with a special focus on the life saving benefits of #ESC, #ABS & #AEB. #SaferCarsForAfrica #50by30 pic.twitter.com/Vjylwod50E

David Ward, President of Global NCAP and Chairman of the Stop The Crash Partnership said: "Global NCAP and the Stop the Crash Partnership strongly encourage the South African government to take a leadership role in the African continent by adopting legislation to require the fitment of #StoptheCrash technologies in all new vehicles and motorcycles.

“We would also advise drivers and riders to always consider safety performance when buying a car or motorbike, choosing the safest model available for their budget, especially those fitted with the latest safety systems.”

ESC is the most significant advance in vehicle safety since the introduction of the seat belt and one of the most important crash avoidance systems currently available. This anti-skid technology has already helped prevent hundreds of thousands of loss of control crashes and saved tens of thousands of lives. On dry, wet, or slippery roads if the vehicle starts to skid, ESC corrects the slide by reducing engine torque and braking individual wheels to bring the vehicle back on course.

WATCH: This inside a vehicle doing about 75kph with the Electronic Stability Control (ESC) turned on. Amazing technology. #StopTheCrash #SaferCarsForAfrica @eNCA pic.twitter.com/dF4qEeO2dI

The system uses sensors to continuously monitor the stability of the vehicle. When an unstable state is detected, for instance as the result of a sudden direction change, ESC responds in milliseconds and stabilises the vehicle.

If the system senses oversteer (i.e. that the rear of the car is starting to drift sideways out of the turn), ESC applies the brakes to the front wheel on the outside of the turn to create a counteracting torque about the vertical axis of the vehicle. This stabilises the vehicle and turns it back onto the path intended by the driver.

WATCH: This is the Autonamous Emergency Braking system in action. Without driver involvement the vehicle will come to a complete standstill. This is the version of AEB that works at speeds up to 50kph. @eNCA #SaferCarsForAfrica #StopTheCrash pic.twitter.com/jOIJGnZoP2

AEB is an advanced safety technology that can help drivers avoid or mitigate collisions with other vehicles or vulnerable road users. AEB systems use forward looking radar, cameras or optical sensors or a combination of these sensors to help quickly and accurately detect impeding vehicles, pedestrians and potentially other obstacles.

AEB helps provide constant monitoring of the road ahead and is designed to assist the driver by automatically applying the brakes if they do not respond in an imminent crash situation. AEB currently exists in three formats: City, Inter Urban and Pedestrian.

WATCH: This inside a vehicle doing about 75kph with the Electronic Stability Control (ESC) turned on. Amazing technology. #StopTheCrash #SaferCarsForAfrica @eNCA pic.twitter.com/dF4qEeO2dI

ABS for motorcycles prevents wheel lock-up and ensures bike stability as well as optimal deceleration while braking. ABS therefore significantly reduces the risk of falling and reduces stopping distance. On a motorcycle fitted with an antilock braking system, the ABS control unit constantly monitors the speed of the wheels using wheel-speed sensors.

If a wheel threatens to lock during hard braking or on slippery roads, the antilock braking system regulates the braking pressure in a targeted manner, thereby ensuring optimum braking. In this way, the driving stability and maneuverability of the motorcycle is maintained, even where there are adverse driving conditions such as sand, gravel or water.

WATCH: One of the first demonstrations is showing what happens when you pull front and back brakes with ABS (Anti-lock braking system) on a motorcycle switched OFF. #StopTheCrash #SaferCarsForAfrica @eNCA pic.twitter.com/HddTp2vvC4

This significantly reduces the risk of a brake-induced fall, and usually shortens the braking distance. Depending on the model, the motorcyclists can recognise that the ABS has kicked in through a gentle pulsing on the hand and foot brake levers.

We live in a world where facts and fiction get blurred
In times of uncertainty you need journalism you can trust. For only R75 per month, you have access to a world of in-depth analyses, investigative journalism, top opinions and a range of features. Journalism strengthens democracy. Invest in the future today.
Subscribe to News24
Related Links
WATCH: Avanza, Amaze, Ignis - 3 of SA's most popular cars crash-tested
#SaferCarsforAfrica: Here's how safe Toyota's Avanza really is in SA
Next on Wheels24
Porsche's Taycan executes world's longest EV car drift