7 safety features Volvo invented that you might not know about Volvo is renowned for being one of the safest brands in the world, and many owners would most probably attest to it. However, not many people might know this, but the automaker invented the three-point safety belt used in all vehicles today.

And while the Swedish automaker has shed its stigma of being an 'old-man's car' by delivering svelte products packed with technology, there are some other pretty cool things about the brand too.

Starting with the three-point safety belt and extending the right to avoidance collision functionality, Volvo has a long history of innovative safety inventions. Here are seven you might not have known about.

In 1959 Volvo introduced the world to the first three-point safety belt. Installed in the front seats as a standard feature, it was later introduced in the rear centre seat in 1986. Once considered a restriction on people's freedom to move, the safety seat belt is now a legislative mandatory safety feature in most cars around the world and is credited for saving millions of lives.

In the 1960s Volvo Cars started to test child seats in crash tests, and by 1972 the company introduced the world's first rearward-facing child seat. The original equipment manufacturer (OEM) went on to recommend that, from a safety point of view, all children up to the age of four should travel seated backwards. In the year 2000, the company created the world's first child seat for infants and toddlers. It was also a rearward-facing child seat that was attached using the ISOFIX standard.

In 1978 Volvo introduced the booster seat for children from four years old. By raising them to the height of the safety belt, they, in turn, receive the full benefit of the advanced vehicle safety belts. Volvo later went on to create the integrated child safety booster cushion for the rear seat (1990) and, by 2007, a booster seat with two different heights to help provide better comfort and belt fit was provided for the growing child.

Volvo's research in the 1980s showed that people were especially at risk in side impacts due to the short distance between occupant and impact. The company, therefore, went on to develop the Side Impact Protection System (SIPS), a feature that was integrated into the car body in 1991. In 1994 the Side Impact Airbag (SIPS-bag) was launched. And in 1998 the Inflatable Curtain, which was designed to improve head protection and additional safety for occupants in a rollover situation, made its debut.

Semi-autonomous driving features started to accelerate along at the turn of the century. In 2002 Volvo introduced the Rollover Stability Control (RSC) with a gyro sensor and Dynamic Stability and Traction Control (DSTC).  The technology was introduced on the first-generation XC90 SUV. It uses a gyro-sensor to detect and counteract the risk of a rollover. 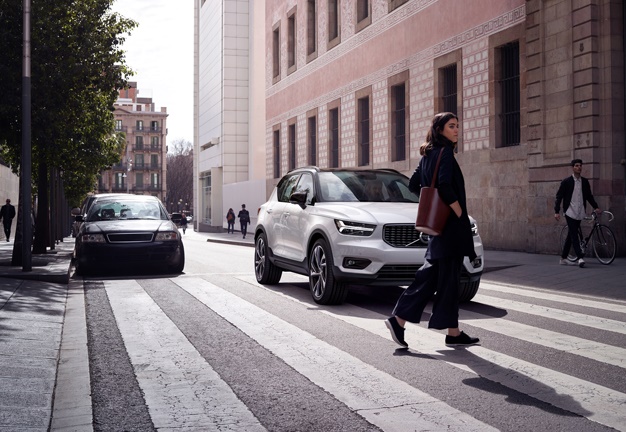 In 2008 the collision avoidance function was introduced to provide automatic braking in low-speed situations. It came as a standard fitment. By 2010 pedestrian detection, also with full auto brake, was the first extension of the City Safety active safety technology. These days, City Safety also detects and auto brakes for pedestrians (since 2013) even in darkness, at intersections if the driver turns in front of an oncoming vehicle (2014) and for large animals (2015), including those detected in low light conditions.

In 2014 the company first introduced run-off-road protection that focuses on keeping the occupants firmly in position during run-off-road accidents. The new technology introduced energy-absorbing functionality in the seat to counteract spine injuries. In 2015 run-off-road mitigation technology was introduced. It uses auto-steer to help keep drivers on the road.

We live in a world where facts and fiction get blurred
In times of uncertainty you need journalism you can trust. For 14 free days, you can have access to a world of in-depth analyses, investigative journalism, top opinions and a range of features. Journalism strengthens democracy. Invest in the future today. Thereafter you will be billed R75 per month. You can cancel anytime and if you cancel within 14 days you won't be billed.
Subscribe to News24
Related Links
Explained | Volvo has interesting trim levels - here's what each one means
Which Volvos do South Africans search for most?
Next on Wheels24
When roads become rivers: forming a Plan B can stop people driving into floodwaters