8 things you should know when dealing with roadblocks in SA 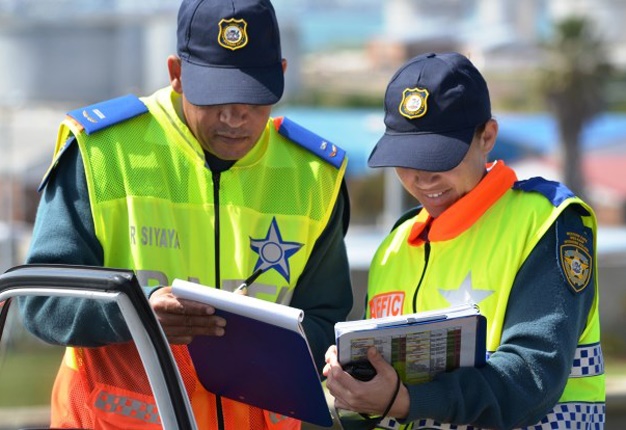 <B>DEALING WITH ROADBLOCKS:</B> It can be one of the more frustrating things on our roads but roadblocks are a necessary evil <I>Image: Arrive Alive</I>

Cape Town - As inconvenient as they may seem, roadblocks exist to ensure the safety and well-being of all road users, especially during peak traffic hours, holiday periods and over weekends.

Knowing your rights as a road user as well as the best approach to dealing with the situation is critical in SA.

Arrive Alive editor Johan Jonck said: "It is important that road users reduce the anger caused by delays as a result of roadblocks through a better understanding of why they are necessary. Roadblocks should not be seen as merely a fine collection or a money-generating exercise, but as something that is important for the safety of all road users."

There are two different types of roadblocks in SA: Informal roadblocks are set up at random, often on major roadways or at the end of an off-ramp, while the K78, a provincially or nationally-approved roadblock, is an official roadblock where police officers can legally search vehicles and even conduct full body searches if required.

Jonck continues: "Crime is a significant threat to the safety of road users - not only the reckless and lawless driving by motorists - but also when vehicles are used in the process of committing crimes. Effective roadblocks are the best way to arrest some of the drug traffickers and also stop unlicensed drivers and non-licensed vehicles."

8 things you should know when dealing with a roadblock in SA:

When approaching a roadblock, follow the police instructions or signals. Pull over and present your driver’s licence or ID book if requested. Remember to be respectful when addressing or responding to the officers on duty – while this may be an inconvenience for you, it’s their job to ask these questions in order to ensure yours and other road users’ safety.

Please make safe decisions on the road and obey the rules of the road!! pic.twitter.com/8WqzcibRms

2. You have the right to verify the roadblock

You have the right to verify the authenticity of the roadblock. You are entitled to request to see the written authorisation certificate signed by the National or Provincial Police Commissioner.

3. Know what police can and cannot arrest you for

You can only be arrested in certain instances. For example, if you resist a breathalyser test, the police have the right to detain you and have your blood tested or if your blood alcohol level is found to be over the legal limit of 0.05g per 100ml.

Police can also arrest you at a roadblock for unpaid fines but only if a warrant has been issued against you for those specific fines and the officers can present you with a valid copy of the document.

4. If your car is unroadworthy you can be stopped from driving it further

If your vehicle is deemed unroadworthy, you may be stopped from driving it any further. Officers can legally prevent you from continuing to use your car if it is not roadworthy, simply because the vehicle is a risk to you and other road users. In some cases, motorists will be allowed to drive the car to their destination if it is a short distance. 5. Gather as much evidence as you can

If you believe traffic officers are violating your rights or abusing their authority, gather as much evidence as you can. You have the right to know and write down both the officer's badge number and the vehicle number (found on the side of their patrol  car/bakkie). Phone 10111 to report the incident and make sure you identify the officer(s). Throughout the process remain calm and act lawfully to protect yourself.

WATCH: How NOT to behave during a roadblock:

6. Uniformed officers have the right to stop any vehicle

An officer in uniform has the right to stop any motorist. Reasons may vary from routine checks, a traffic offence or to investigate possible stolen vehicles or suspicious drivers. Arrive Alive said: "The officer may thoroughly check your vehicle - inside and out - and may request personal information of all passenger."

You have the right to verify the authenticity of the officer by requesting that they identify themselves (i.e badge number). 7. You have the right to film the police in SA

Filming events at a roadblock is not illegal and this is a great way of gathering information in the case of officers acting unlawfully. Minister of community safety in the Western Cape, Dan Plato, said in 2014: "We live in a free and democratic society and the arrest of a citizen for filming an officer committing a crime can and must never be tolerated."

• An officer cannot stop you from taking a photo or video.

Confrontation with traffic officers recorded at Entrance to Mall of Africa goo.gl/Ezxkrp

8. You can be arrested for verbally abusing an officer

Arrive Alive: "You cannot be arrested for being rude. If however your rudeness escalates to verbally abusing an officer, you will be committing a crime in the form of criminen injuria - the intentional and unlawful infringement of the dignity of the officer. You could be arrested. An example would be the use of obscene and/or racially offensive language or gestures. If you obstruct the officer from performing his or her duties it will considered criminal."

When a motorist can be arrested without a warrant... Share Roads Responsibly by Obeying the Rules of the Road pic.twitter.com/N1JvaYQO16

'The law is there to protect us'

Jonck concludes: "If we obey the rules of the road and when we pay our traffic fines, there should - apart from the unfortunate delays in time to get to our destinations - not be reason for additional anguish and fear. The law is there to protect us from those who abuse their professional duties as law enforcement officers and will continue to do so."

Keeping these tips in mind will help you to make your way through a roadblock safely and efficiently. Make sure you and your family get to your destinations safely by following the rules of the road and complying with police and traffic officers at all time.

We live in a world where facts and fiction get blurred
In times of uncertainty you need journalism you can trust. For 14 free days, you can have access to a world of in-depth analyses, investigative journalism, top opinions and a range of features. Journalism strengthens democracy. Invest in the future today. Thereafter you will be billed R75 per month. You can cancel anytime and if you cancel within 14 days you won't be billed.
Subscribe to News24
Related Links
Jozi cops filmed 'abusing' driver: Do you know your rights in SA?
WATCH: Top 5 defensive driving tips for SA
Next on Wheels24
SEE | This used car checklist can help you avoid buying a 'lemon'