#Fathersday2019: Top cars your dad wanted but could not have If your dad is a petrolhead, these were the fantasy cars he desired when he was young(er).

The cars you see on historic shows and at auction were very real to your dad.

We’ve compiled a list of the most iconic international metal your dad pined for, but could not have, before you happened.

READ: 'Cars I'd love to buy my petrolhead dad' America’s automotive industry was in a very powerful position during the 1950s. Europe was still recovering from the war and that meant innovation was rife within American brands. This decade debuted the first-generation Corvette, which featured revolutionary engineering features for its time.

It was one of the first cars with fuel-injection, a powered convertible soft-top and automatic signal-seeking radio.

Fathers of Wheels24 - What is a car you loved and wished you could've owned growing up? Were you able to eventually purchase it? Email us When you think Ford performance car of the 1960s, the image which comes to mind is that of the Mustang. But there was something a lot more special than the pony car which also sourced from Dearborn in this decade – and was not available to your dad a South African motoring enthusiast.

It was the GT40, a car designed to avenge a business deal gone bad between Ford and Ferrari.

The GT40 powered Ford to victory at Le Mans and the road-going version can rightfully claim to be the definitive 1960s supercar, as it featured a 7-litre V8 good for 372kW. The decade during which Lancia was still an automotive brand of great renown also produced its most exciting car: the Stratos. Wedge proportions and a compact wheelbase gave it tremendous road presence and there was Ferrari power too, a 140kW 2.4-litre V6 amidships, to ensure a thoroughbred Italian mechanical bloodline. Rare, with only 492 ever built, and none officially exported to South Africa. Your dad really wanted one of these in the 1970s.

In a decade which was defined by supercars, the 1980s forbidden fruit for South African petrolheads was not a wedged-shaped Italian exotic with V12 power. Instead it was a version of BMW’s compact car platform. The original e30 M3 defined what could be done with a four-cylinder performance car and it never came here.

You can be sure that this is the car your dad most wanted in the 1980s – despite BMW South Africa’s best efforts to provide a substitute of sorts with the locally developed 325is. 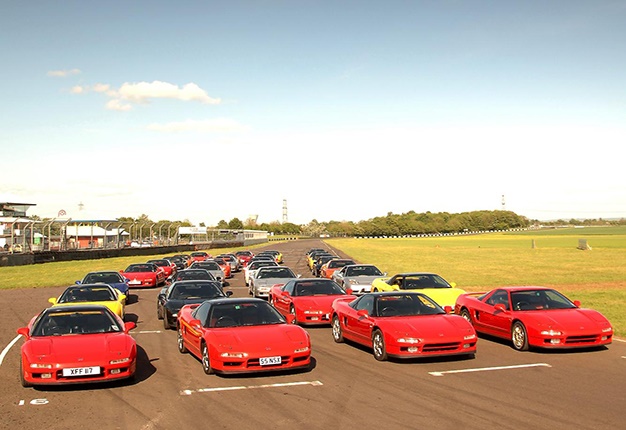 There was a time when Honda was a dominant force in F1 engine design. As these technologies spilled over into its road car division, a spectacular sportscar was born: the NSX. Lightweight and powered by a mid-mounted V6 engine capable of 8000rpm, the NSX was unlike any Japanese performance car before it.

It was the closest rival to Porsche’s 911 for daily driveability, reliability and purity of performance. Unfortunately, none were ever offered on sale in South Africa.

We live in a world where facts and fiction get blurred
In times of uncertainty you need journalism you can trust. For only R75 per month, you have access to a world of in-depth analyses, investigative journalism, top opinions and a range of features. Journalism strengthens democracy. Invest in the future today.
Subscribe to News24
Related Links
Little French Corvette! America's sports car and Le Mans favourite
Need a new ride? Here's how you can find everything you need to know about your next car
Next on Wheels24
The 5 most fuel-efficient new petrol vehicles you could buy in South Africa right now