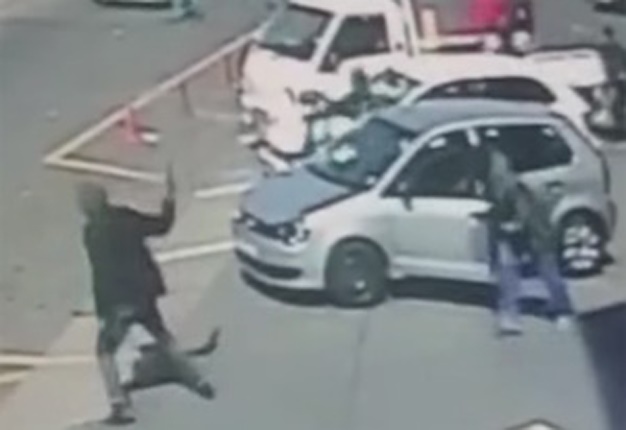 <B>HIJACKING IN SA:</B> Be extra vigilant during the 2016/17 holiday period as opportunistic criminals may attempt to steal your vehicle. <i>Image: News24</i>

Johannesburg - Earlier in September Wheels24 reported the 2016 Statistics revealed troubling trends in vehicle crime in South Africa over the course of the last year, according to the 2015/16 annual crime survey released by the South African Police (SAPS).

The survey listed 'Trio crimes' which includes "carjacking and robberies at residential and non-residential premises which, amongst others, are perceived by households the most common and feared crimes in South Africa".

Vehicle solutions company, Pro-Active South Africa, claims its new technology could have a serious impact on the recent 14% increase in hijacking in SA.

Pro-Active managing director Ryno Schutte, reveals peak hijacking-times in South Africa. He told Wheels24: "81% of hijackings and thefts occur in Gauteng, the Western Cape and Kwa Zulu-Natal. While the other 19% occur between the six smaller provinces."

He says all Pro-Active's information is based on stats via South African Police Services, security companies, Business Against Crime and the South African Insurance Crime Bureau.

The table contains data pertaining to hijackings in high-risk areas throughout SA and may not reflect those of other areas. The National Hijack Prevention Academy of SA  confirms that most highjackings occur between 4am-8am and 4pm-8pm as indicated below but that the numbers could be much higher than the data Pro-Active has provided.

Schutte says: "This information goes to 137 security service providers and enforcers. After a hijacking, you enter your location on a PC,or use the GPS co-ordinates on your smartphone, and within 7 seconds your information is circulated to a closed network. “With this app everyone can equip themselves with the tools to respond to a hijacking as quickly as possible. It is an empowering app which could have a powerful effect for the 40 victims of hijackings everyday in South Africa. It is our civic duty to apprehend hijackers that much faster."

According to statistics, South Africa loses over R8.5-billion to vehicle theft and hijacking. Of the vehicles stolen, 57% are taken across the border, 36% filter back into South Africa as cloned vehicles and the rest land in chop shops. The contribution of real-time intelligence could help lower these statistics.

The potential of this new technology is far reaching. “The effective distribution of information on vehicle theft and hijackings can even help lower the number of other crimes like house burglaries, armed robberies and cash-in-transit heists. This can benefit all South Africans as the apprehension of suspects will have a snowball effect on other forms of crime and possibly save a life.”

J Roetz: Old Main Road in Pinetown is a hotspot for hijacking, me having being the victim on two occasions in the last 3 months.

Nicky Klopper: N2 off ramp to M41 going to Gateway Theatre of Shopping at the intersection.

Elma Kloppers: The 14th Avenue off ramp in Roodepoort a super hot spot.

We live in a world where facts and fiction get blurred
In times of uncertainty you need journalism you can trust. For only R75 per month, you have access to a world of in-depth analyses, investigative journalism, top opinions and a range of features. Journalism strengthens democracy. Invest in the future today.
Subscribe to News24
Related Links
Hijacking hotspots: Readers share crime-prone roads in SA
Hijacking in SA: Here's how you can protect yourself
Next on Wheels24
WATCH | 5 important tyre-checking tips

Subscribe to newsletters
Lockdown For
DAYS
HRS
MINS
Voting Booth
Do you think Lewis Hamilton deserves to be knighted by the Queen?
Please select an option Oops! Something went wrong, please try again later.
Yes, he is an incredible athlete
36% - 142 votes
No, he hasn't done anything special
21% - 83 votes
He is good, but doesn't deserve the honour
43% - 170 votes
Previous Results
Car Doctor
EXPLAINER | Why the exploded tyre on the back of that Ford Ranger caused so much...