MAP: Here's how many cars are hijacked in SA by province

Johannesburg - A total of 16 717 cars were stolen between April 2016 and March 2017 up from 14 602 reported in the previous 12 months, reports police Minister Fikile Mbalula as part of the annual national crime statistics.

The reports shows a 14.5% increase in hijacking.

A closer look at hijacking in each province reveals that only three (Northern Cape, Free State and the Eastern Cape) out of nine provinces saw a decrease in carjackings compared to April 2015- March 2016. 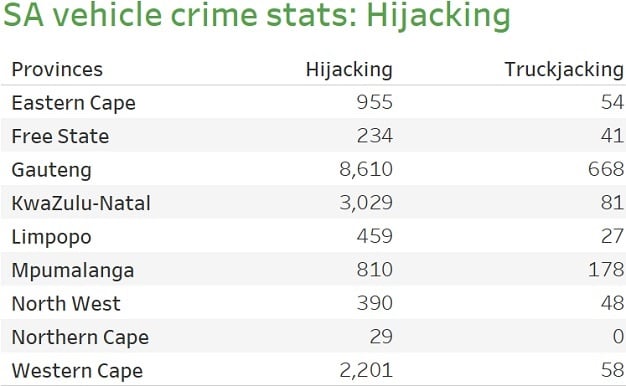 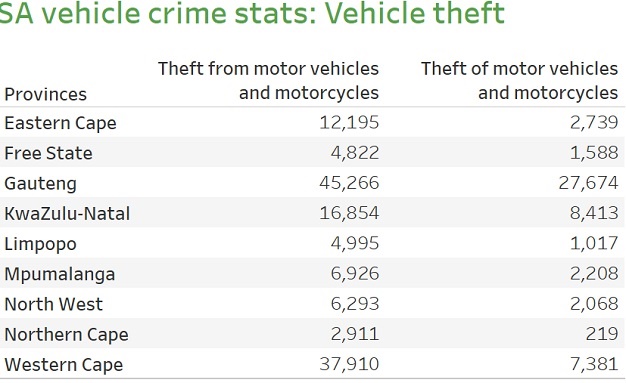 14 tips to help avoid a hijacking:

We live in a world where facts and fiction get blurred
In times of uncertainty you need journalism you can trust. For 14 free days, you can have access to a world of in-depth analyses, investigative journalism, top opinions and a range of features. Journalism strengthens democracy. Invest in the future today. Thereafter you will be billed R75 per month. You can cancel anytime and if you cancel within 14 days you won't be billed.
Subscribe to News24
Related Links
Minor drop in drunk driving, 'numbers still alarming' in SA
Crime stats in SA: 14.5% increase in carjackings since 2016
Next on Wheels24
What it will cost to fill SA's most popular cars once the new fuel hike cripples our budgets