We all know that world leaders have high authority and status, so when they're on the road, some believe their cars should reflect that too.

Select Car Leasing have uncovered the top five most extravagant cars of world leaders, and the results are eye-watering.

The motoring experts have taken a look at the unique features of five cars being used to transport some of the world’s most powerful people and the hefty price tag attached.

Named ‘The Beast’, this vehicle is complete with a smoke screen dispenser, armoured walls and a blood supply (of the president’s blood type) in case of emergency, to name a few features.

Not only does Kim Jong Un’s car come with many safety features, it also comes with a 12-man security squad that run alongside the car in a synchronised formation for extra security.

This Pullman Guard version of the Mercedes-Benz S-Class is one of the safest cars around. Its armoured bodywork is said to be able to withstand a grenade attack, handgun shots of up to .44 calibre, as well as military rifle attack

Featuring AI technology, when faced with an inescapable collision, this limo can automatically move the passenger seats to a safer position, tighten all the seat belts and close all the doors and windows.

The Queen’s Bentley State Limousine is the most expensive state car in the world – costing around £11 Million. The vehicle is wider and has added head room than the original, making it easier for the Queen and other passengers to ‘get out in a suitably dignified manner.’ Reports suggest that the cabin is blast proof and sealed air-tight in case of a gas attack. The last real Popemobile belonged to the former leader of the catholic church Pope Benedict. This vehicle features a large cabin at the rear for the Pope to sit in whilst being driven through vast crowds, allowing them to come and meet him, whilst also having the benefits of added filters and a spare oxygen supply in case the car came under biological or chemical attack. 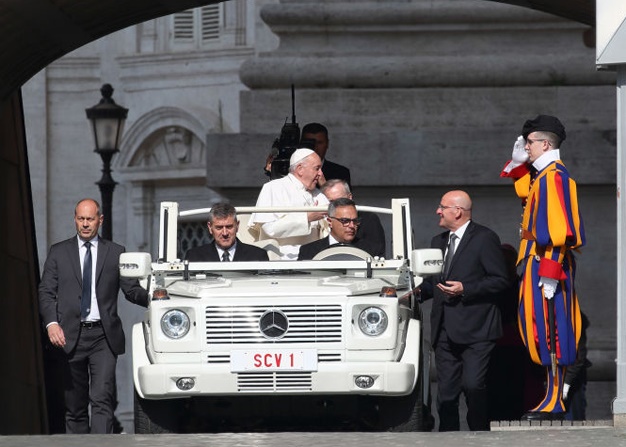 Image by Select Car Leasing
We live in a world where facts and fiction get blurred
In times of uncertainty you need journalism you can trust. For only R75 per month, you have access to a world of in-depth analyses, investigative journalism, top opinions and a range of features. Journalism strengthens democracy. Invest in the future today.
Subscribe to News24
Next on Wheels24
WATCH | 5 important tyre-checking tips