This is the supercar of the decade - with 673kW and full electric-mode, it was ahead of its time 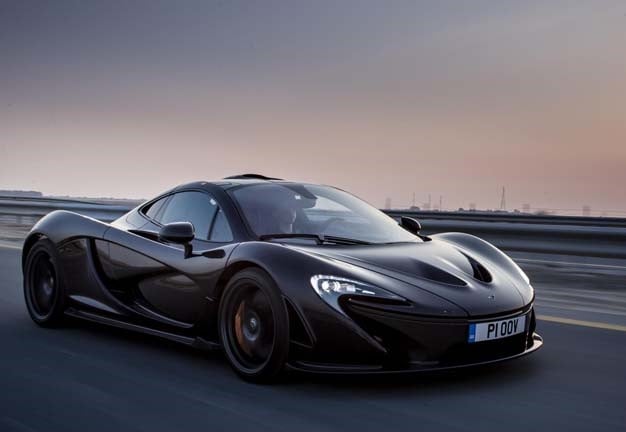 In the high art of performance cars, one brand stood above all others during the last decade.

Despite pressure to create more environmentally friendly vehicles and electrify, the traditional sport- and supercar market has never been stronger.

For status, driving indulgence or as a pure investment, the world’s wealthy are still buying supercars in record numbers. And all of them remain powered, primarily, by petrol engines.

Something which dramatically altered the supercar market, during the 2010s, was the emergence of a British disruption to the traditional Italian and German dominance.

What has been your most favourite supercar of this decade? Email us. McLaren’s revival as an automotive brand has been remarkable. Without the protection of a larger corporate entity, it has managed to grow a supercar portfolio from a single model in 2010 to no less than 11 by 2019.

And not one of those McLaren supercars has been evaluated as anything less than class-leading.

From nothing to number one

Without having to resort to outlandish design for the sake of drama, McLaren has conquered Lamborghini and Ferrari market share by engineering cars which are simply better to drive. As beachfront cruisers or at track days, the modern McLaren range has terrific adaptability.

At the centre of McLaren’s amazing resurgence over the last decade, is its P1.

The burden of producing a hypercar was significant for McLaren. In the early 1990s, it had built a supercar which remains to many, the defining type of its genre.

McLaren’s F1 was designed to be such a crushingly complete driver’s car, that the company would never really have to attempt another.But with the P1 they did and exceeded expectations – yet again.

There has been an embarrassment of hypercars in the 2010s. The list is impressive: Koenigsegg (everything), Porsche 918. Lamborghini Centenario and LaFerrari.

The Bugatti Chiron is phenomenal as a technical achievement too, but one must account for the vast amount of VW money behind it.

What makes P1 our deserving hypercar of the decade winner, is McLaren’s independence.

When Ferrari, Lamborghini or Porsche decide to pursue a supercar project, they can leverage enormous resources.

These are established car companies with deep histories and recognised networks. McLaren must do everything itself.

This independence is what made P1 such an achievement. McLaren had a fraction of Ferrari or Porsche’s resources, yet managed to build a car that could best any other.

Ingenious details abounded. When it launched in 2013 the P1 had 673kW but could also operate in full-electric mode, for socially tolerant inner-city hypercar commuting.

It also combined active aero and suspension components, both features which were banned in F1 racing and somehow repurposed for the P1. Where McLaren outsmarted most rivals, was by creating a balance between trick on-demand aero and radically adjustable suspension.

The P1’s hydro-pneumatic suspension could ramp-up compression by 300% at an individual wheel, countering body roll in even the most fearsome high-speed sweep. Fully active aero balanced the car under braking.

At its launch in 2013, the P1 was unrivalled. Production ended in 2015. By 2019, nothing much had changed in its position as the first amongst equals, of all the last decade’s hypercars.

We live in a world where facts and fiction get blurred
In times of uncertainty you need journalism you can trust. For only R75 per month, you have access to a world of in-depth analyses, investigative journalism, top opinions and a range of features. Journalism strengthens democracy. Invest in the future today.
Subscribe to News24
Related Links
McLaren SO creates a unique P1 GTR in celebration of Ayrton Senna's 30th anniversary of his first...
WATCH: Epic supercar showdown - McLaren Senna vs P1
Next on Wheels24
Downsizing? Here are some incredible cars you could buy right now and feel great about