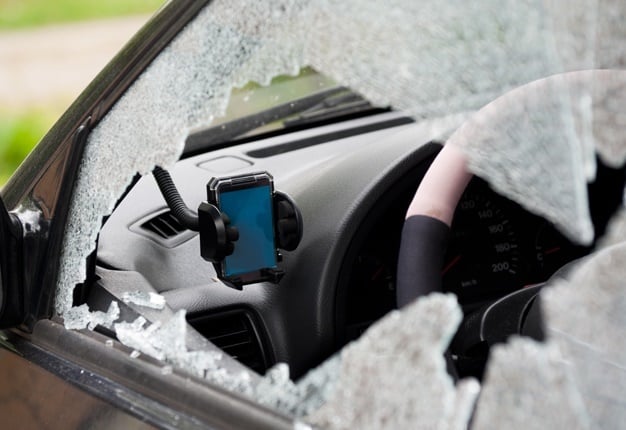 Johannesburg - The high rate of vehicle theft in South Africa is a cause for concern. National crime statistics reveal that a total of 16 717 cars were stolen from April 2016 to March 2017, up from 14 602 reported in the previous 12 months.

Here are a few insights to help road users keep their vehicles safe:

1 Watch out during weekends

Andre Ittmann, CEO of Cartrack SA, says there has been vehicle theft increase over weekends compared to weekdays: "This trend can be mainly attributed to the fact that there are more vehicles out in public places on weekends. More stationary vehicles result in more opportunities for theft, which means that more active criminals are in operation. As such, extra caution is warranted on weekends." What do you think can be done to curb vehicle theft in South Africa? Email us.

2 January and November are danger months

Cartrack’s data indicates that there are particularly high volumes of theft in January and November - 13% increase compared to other months.

"There is often strong demand for stolen car parts at these times of year, which results in an increase in the number of stolen vehicles. Motorists should keep their eyes peeled at these times," says Ittmann. 3 Gauteng leads in vehicle crime
Gauteng is the province most affected by vehicle theft. A significant percentage of vehicles are stolen in Pretoria, with a clear spike in truck theft on the East Rand, and an equally obvious spike in minibus taxi thefts on the West Rand.

"This is not a surprising statistic, as Gauteng is South Africa’s most densely populated and economically active province. One also has to factor in the high number of residents and vehicles in the region," notes Ittmann.

KwaZulu-Natal experiences the second highest volume of vehicle theft, with Durban Central, Westville and Pinetown recognised as the most vulnerable area.  Despite these trends, Ittmann cautions that it’s not advisable to rely on these current trends as a guide to hijacking or theft patterns.

"It’s important to realise that crime patterns vary and numbers don’t stay steady, so you can’t read too much into regional data. The statistics change and hot-spot areas shift as criminals and the police each alter their behaviour in response to the other." What do you think can be done to curb vehicle theft in South Africa? Email us.

Ittmann says that it is critical to take precautions to avoid becoming a victim of vehicle theft: "The decisions you make during the course of your ordinary activities are critical to vehicle safety.  As is often the case, ensuring that you acquire the appropriate information and apply this knowledge in the correct way could mean the difference between being safe or becoming a crime victim.

"Ultimately, it’s important that you are aware of your surroundings and have the appropriate tools to make sensible and informed decisions, which ultimately make all the difference in the world."

14 tips to help avoid a hijacking:

We live in a world where facts and fiction get blurred
In times of uncertainty you need journalism you can trust. For only R75 per month, you have access to a world of in-depth analyses, investigative journalism, top opinions and a range of features. Journalism strengthens democracy. Invest in the future today.
Subscribe to News24
Related Links
MAP: Here's how many cars are hijacked in SA by province
Crime stats in SA: 14.5% increase in carjackings since 2016
Next on Wheels24
Non-OEM workshops can now service your car, but customers must respect the rules