Wetlook, Slantfront, Boxie, Bubble… Here’s a look at how the Toyota Corolla has changed through the years <B>50 YEARS ON:</B> After being on sale for more than 50 years, the Toyota Corolla is still a stalwart product for the Japanese automaker. <I>Image: Calvin Fisher</I>
Calvin Fisher

Bubble, Wetlook, Slantfront, Boxie and even Haichi Roku... if you're a Toyota fan you'll be familiar with the Corolla's various body styles through the years. We take a look at the iconic Corolla's evolution.

The Corolla is one of the longest-running, popular models in the industry and remains a best-seller for the Japanese automaker. It's gained a cult following few cars can match.

The guys at BudgetDirect says this reliable family car from the makers became the highest-selling car of all time in 1997. The Corolla has been through 11 generations and is thus a perfect way to see how car styles have changed over the past five decades. Yes, the Corolla is already 52-years-old.

The car has been the archetype of Japanese motor engineering, showing how mass-produced cars could be made cheaply yet remain practical and reliable.

In November 1966, the first Corolla was sold in Japan and the rest as they say is automotive history. The Corolla forms a huge part of our car heritage here in South Africa. Although there are 11 generations, SA was only introduced to the Corolla in its third-generation in 1974.

Toyota lovers will definitely remember the various body styles. The AE86, better known as Haichi Roku, is incredibly popular and one of the most sort-after variants from the land of the rising sun.

The fourth generation brought along an onslaught of various body styles, which South Africans have nicknamed the Wetlook, Bubble, Slantfront and even the 'Boxie'. All of which will leave you going on a trip down memory lane.

What's your favourite generation of the Toyota Corolla? Email us your images and stories. 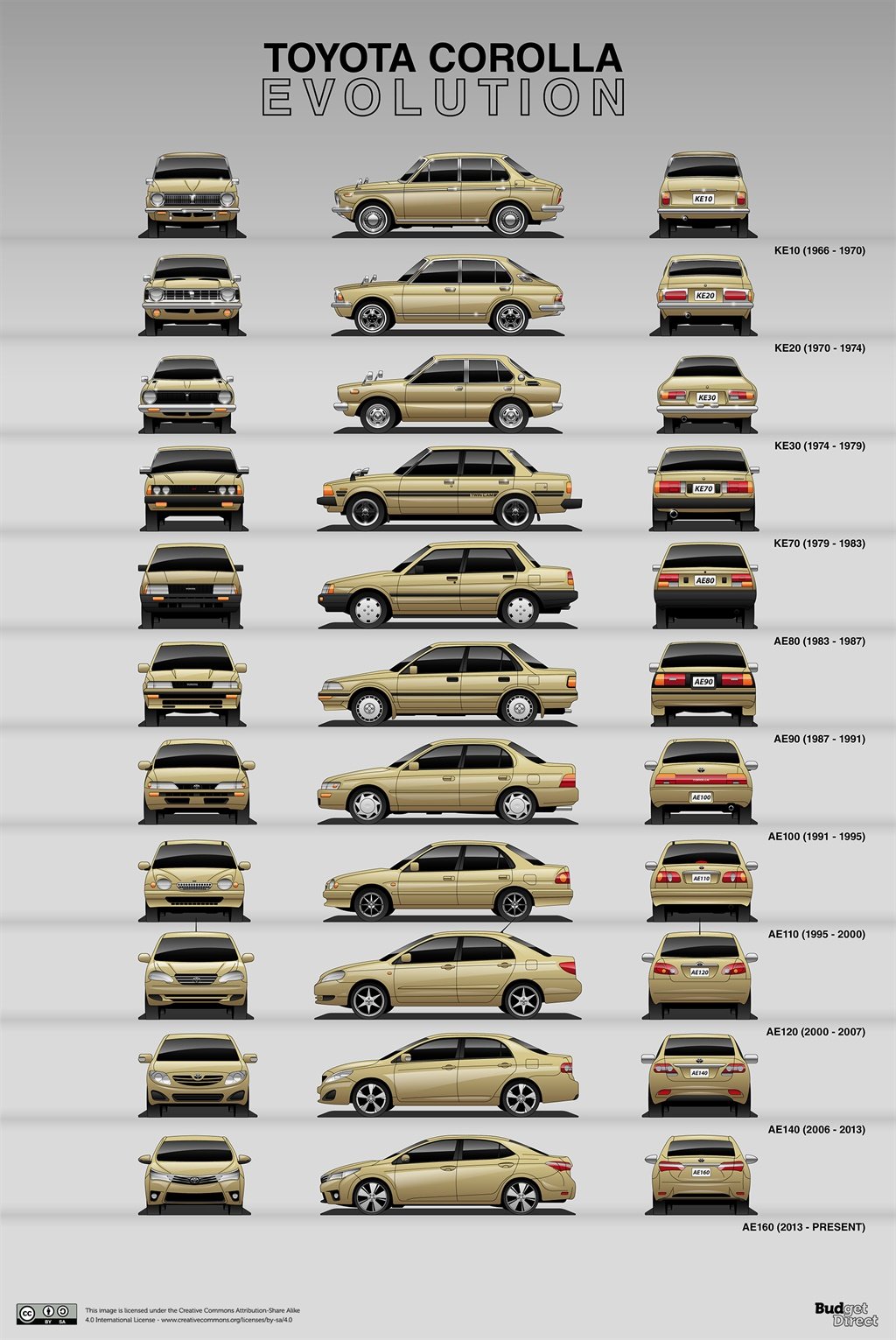 According to Toyota, shortly after its launch in Japan, the Corolla was exported to global markets and from 1965 to 1968, Toyota’s sales figures leaped from 480 000 to 1.1 million.

Over the past five decades, the Corolla has cemented its place as the world’s best-selling vehicle with more than 45 million units.

The broader public found the Corolla to be their car of choice. In South Africa, the Corolla remains one of the most sold vehicles in the local market.

We live in a world where facts and fiction get blurred
In times of uncertainty you need journalism you can trust. For 14 free days, you can have access to a world of in-depth analyses, investigative journalism, top opinions and a range of features. Journalism strengthens democracy. Invest in the future today. Thereafter you will be billed R75 per month. You can cancel anytime and if you cancel within 14 days you won't be billed.
Subscribe to News24
Related Links
WATCH: Toyota SA creates biggest 'beaded love letter' yet for local Corolla fans
Next on Life
4 Compact fuel-efficient SUVs that cost R400k or less - which one will you buy?