In February, the first tell-tale signs of Covid-19's effects on the South African new car market could be seen. It was a worrying sight, given the sudden and drastic decline in sales from just the month before.

In March, the effects were felt and seen, and was there nothing anyone could do to stop the pandemic's destruction throughout businesses in South Africa. At the end of April, however, things will be worse. Much worse.

Toyota South Africa is not blind to Covid-19's impact on the overall market. It, too, has closed shop since the lockdown came into effect, with only necessary personnel and services on standby. It's a worrisome situation, but it leaves the automaker with a battle it needs to overcome and win.

Addressing the motor industry via a video conference call, Toyota SA gave an overview of how it plans to take control of the reigns once the lockdown is lifted. 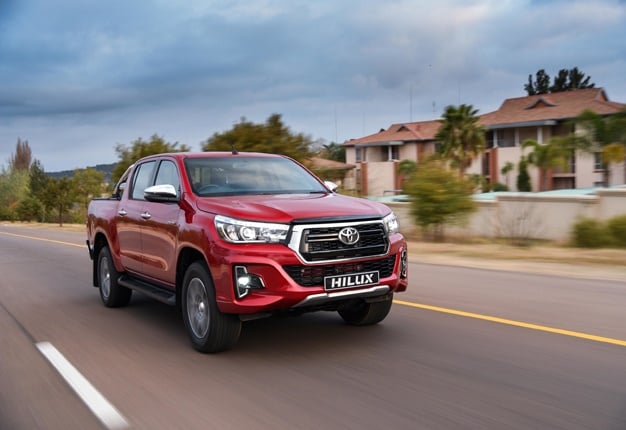 Like the rest of South Africa, Toyota also had to close its doors for lockdown. But, says the automaker, they've managed to secure full salaries for their entire staff - at least one positive for the giant automaker locally.

As a whole, however, the company will take a knock during April. At its Prospecton plant in Durban, says Toyota, the company lost more than 13 500 units in production during lockdown. This includes Hilux, Hi-Ace, and Corolla Quest models. The monetary damage, says the automaker, can't be gauged, but it will have an impact on profit come the end of this financial book year.

At this point, the lockdown is said to be lifted on April 30. While this is on the cards, Toyota SA is not prepared to allow its full workforce to return to their posts immediately. To counter this, the company plans to introduce a staggered start to production. This means that Toyota's workforce on the production line will be introduced back intermittently. A staggered start will prevent production from running at full tilt, but rather this than exposing staff to the possibility of contracting the virus.

Globally, France will be the first European country where the production of Toyota vehicles will resume, while production across the rest of Europe will be phased in during May. Toyota's American plants will remain closed until the end of May - for now.

While Covid-19 casts a dark cloud over the motor industry, Toyota SA confirmed that it would not be discouraged from launching its planned products in 2020, as soon as it's safe to do so. 2020 Toyota Corolla Quest. Image: MotorPress
We live in a world where facts and fiction get blurred
In times of uncertainty you need journalism you can trust. For only R75 per month, you have access to a world of in-depth analyses, investigative journalism, top opinions and a range of features. Journalism strengthens democracy. Invest in the future today.
Subscribe to News24
Related Links
#SOMI2020 | Toyota predicts tough year for South African economy
Officially in SA! All you need to know about Toyota's new Corolla
Next on Wheels24
No more Figo? Ford bares all on how India's halt will affect SA's new product offering