Right to Repair to be rolled out in Australia: Will it work in SA? Australia - The Australian Automotive Aftermarket Association (AAAA) is celebrating the Australian Competition and Consumer Commission (ACCC) Final Report into The New Car Retailing Industry which was released on December 14, 2017.

The ACCC’s Final Report recommends a mandatory scheme that will compel all car companies operating in Australia to share the same repair and service information that they currently share with their dealerships, with independent repairers on fair and reasonable commercial terms.

AAAA Executive Director Stuart Charity says: "To say that we are delighted with this outcome would be a major understatement.

"This is a David and Goliath story. A group of small independent repairers spread throughout the country with limited political skill and very limited resources, took on the might of the multinational car companies. The car industry leveraged their financial, lobbying and marketing power to criticise the skill and credentials of our industry, telling Government that all vehicle repair and service information was being made available but independent repairers didn’t have skills to use it.

"The ACCC has refuted those claims and the evidence supports our seven-year Choice of Repairer campaign."

READ: 'Right to Repair' rolled out in the US but will it work in SA?

Les Mc Master, Director of Right to Repair SA (R2RSA), says this is great news for the SA campaign as it highlights what is happening in other countries where the Right to Repair campaigns have been active.

Mc Master says: "Once again this proves that the objectives of the R2R campaign in SA are nothing unusual and are being successfully adopted in other countries." 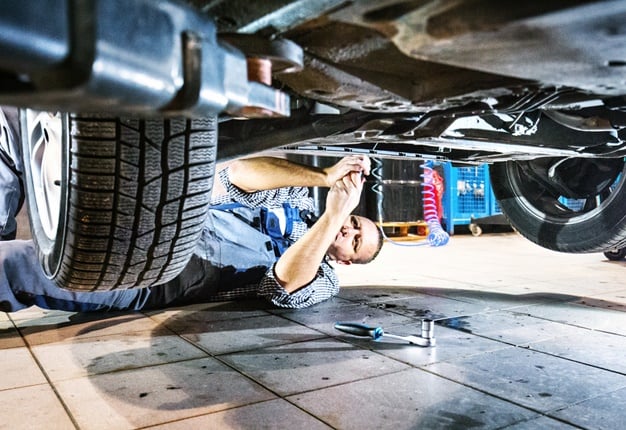 Charity also believes that time is of the essence to act on the recommendations contained in the ACCC’s Final Report.

He says: "The Government has the independent umpire’s verdict which contains clear evidence of anti-competitive behaviour. They now need to act quickly to protect consumer choice and competition in the automotive repair and service industry.

"There is no reason for any delay as this recommendation has been a long time coming. It has been five years since the Commonwealth Consumer Affairs Advisory Council (CCAC) recommended that the Government consider the introduction of a mandatory code for data sharing. Finally, after an exhaustive 18-month review, the ACCC has recommended government intervention in the form of a mandatory scheme, so it is now time to act."

“We believe that the key to great consumer outcomes is to have both dealers and independent repairers on a level playing field, competing for customers on their merits. The Choice of Repairer campaign has never been about bashing dealerships and if they also need a fairer deal, the AAAA would fully support that,” he concludes.

Mc Master says the R2R campaign aims to allow consumers to select where their vehicles are serviced, maintained and repaired at competitive prices in the workshop of their choice.

“There is a need for a fair and competitive regulatory environment that enables freedom of choice for consumers and gives aftermarket Small Medium Enterprises a chance to stay in business. South African legislature needs to follow international Right to Repair trends which promote South Africa’s existing consumer and competition laws. We celebrate this victory with our Australian counterparts,” he concludes.

We live in a world where facts and fiction get blurred
In times of uncertainty you need journalism you can trust. For only R75 per month, you have access to a world of in-depth analyses, investigative journalism, top opinions and a range of features. Journalism strengthens democracy. Invest in the future today.
Subscribe to News24
Related Links
SA car industry code of conduct ‘battle begins’ - Right to Repair
#Right2Repair your car: What a motor 'Code of Conduct' could mean for SA
Next on Wheels24
Boats, cars and bikes - Suzuki celebrates 100 years of engineering excellence in 2020

Subscribe to newsletters
Lockdown For
DAYS
HRS
MINS
Voting Booth
Do you think Lewis Hamilton deserves to be knighted by the Queen?
Please select an option Oops! Something went wrong, please try again later.
Yes, he is an incredible athlete
35% - 153 votes
No, he hasn't done anything special
21% - 94 votes
He is good, but doesn't deserve the honour
44% - 194 votes
Previous Results
Car Doctor
Why it's important to wipe personal information from your car - here's how to do so