As of 24 June 2018, women in Saudi Arabia were legally allowed to drive for the first time in the country's history. Ten women have already received their driving licenses.

While the Crown Prince is being hailed as a human rights champion, the real reason behind the lift on the ban is slightly less humanitarian.

After all, at least three of the activists who campaigned for the lift of the ban are still behind bars. The truth is that the Saudi economy – like all others – cannot afford to ignore the female car-buying market.

Some economists estimate that close to half a million cars will be sold to women in 2018. With 10-million female residents living in the biggest auto market in the Middle East, that number could skyrocket.

Tellingly, the government has granted permission to women to start selling cars for the first time as well, hoping to appeal to the new demographic.

Being able to own cars will also give some women access to the job market for the first time, as they no longer need to rely on taxis or ride-sharing apps to get to work. This will be particularly important as Saudi Arabia starts preparing for a post-oil future.

On a global scale, women are becoming more economically empowered. In many markets, they are better educated than their male counterparts. They are staying single longer and earning more.

In markets like the US, both the sports car and non-premium SUV markets are growing faster among female consumers than males. According to some analysts, women lead over 80% of all vehicle purchases – including by veto-ing power over their partner's choice.

"I have a mission to carry the voice of women"@ASEEL_ALHAMAD wants to blaze a trail for Saudi women in motorsport two months after her home country lifted its driving ban.https://t.co/U1addDQ5mU pic.twitter.com/nLIBEmmjkh

From a purely economic standpoint, there is no way that automakers can ignore the influence and buying power of the female demographic. However, women are still in the minority within the autos workforce - particularly in leadership positions.

Cars are still being built with men (and larger bodies) in mind. Women make 65% of auto repair requests, but marketing rarely reflects that. 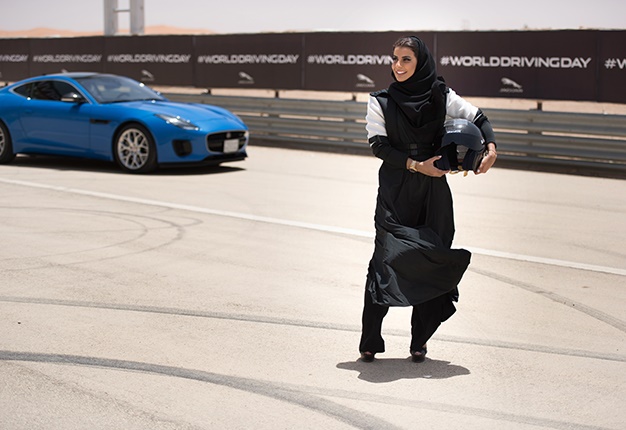 Those of us in the automotive market need to think carefully about how we sell, and who we are really selling to. This will means adjusting our hiring policies, our marketing strategies and our sales training. Specifically, we need to move digitally.

A rise in female car buyers

More women browse Gumtree than any other site in South Africa. More women shop online than men. And according to TNS research, in regions like the Western Cape, more women say they buying cars online, without any assistance from partners and friends.

Female consumers are online consumers. There are subtle differences in selling cars to women.

A 2016 Gumtree Auto survey showed that 30% of women said they consider the price to be the most important factor in the purchase, followed by fuel economy (25%) and safety (15%). Men rated the brand name of the car as the most important attribute at 19%.

Female respondents were also half as likely to refer to their "dream cars" during questioning, using words such as affordability, reliability and comfort when describing cars they would like to buy, as opposed to their male counterparts that used phrases like power, trust, class, style and engineering.

Do your ads (and sales staff) speak to their needs? It's time to actively pursue the hearts (and wallets) of female car buyers. The car market depends on it.

We live in a world where facts and fiction get blurred
In times of uncertainty you need journalism you can trust. For only R75 per month, you have access to a world of in-depth analyses, investigative journalism, top opinions and a range of features. Journalism strengthens democracy. Invest in the future today.
Subscribe to News24
Related Links
The real reason Saudi Arabia lifted its ban on women driving? Economic necessity...
WATCH: Saudi woman drives F1 car to mark end of ban
Next on Wheels24
Boats, cars and bikes - Suzuki celebrates 100 years of engineering excellence in 2020