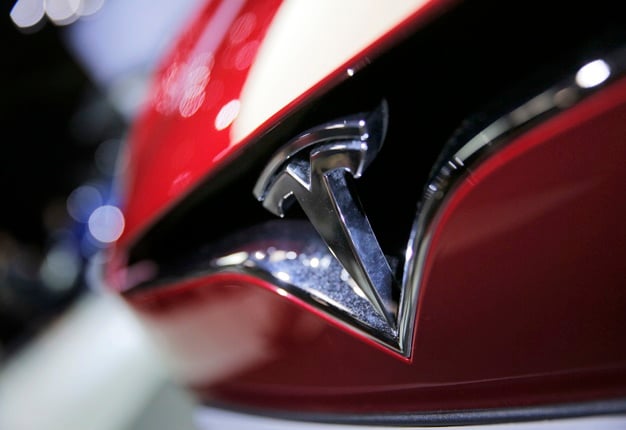 <b> CRASH: </b> A Minnesota man is blaming Tesla’s partially self-driving Autopilot system for a crash on July 15 in Minnesota. <i> Image: AP / Christophe Ena </i>
Christophe Ena

The world's two largest economies have all but declared a trade war and one of the unintended victims might be electric vehicle innovator, Tesla.

It’s been an unhappy 2018 thus far for the embattled brand, with production of its Tesla3 nowhere near required volumes, issues with its Fremont manufacturing facility in California, the question of an unstable balance sheet and an autonomous driving fatality.

No surprise that during the first quarter of this year, Tesla's stock has taken dropped from just over R4 000 per share to current levels of around R3 000.

Tesla is realising that building cars of exemplary quality, to rival German brands which set most production line and finish standards, is a monumental task.

Production issues have seen Tesla miss all its promised volume targets, with many buyers still patiently waiting for cars they were promised. If you are not delivering product, there's no revenue and this is hugely troubling.

What do you think of Tesla? Do you think it's electric cars would sell in South Africa? Email us Nothing is quite as worrisome for Tesla as the unexpected trade war which has been ignited between the US and China, a result of which has seen Chinese threats to apply 50% duties on fully imported cars.

For many American brands which trade in China this is no problem because they own joint-venture businesses and factories with Chinese partners, thereby avoiding any trade tariff malaise. For Tesla, which assembles all its cars at a single Californian facility, it's a potential nightmare.

China is the most important electric vehicle market in the world, dwarfing all others.

If you are serious about the electric car business, you must be in China, it's where all the growth prospects are. For Tesla, Chinese revenues doubled from 2016 to 2017 but now all that momentum is at risk.

Price is a crucial determinant of customer purchasing behaviour and if Teslas suddenly double in price due to 50% import duties, there will be a great deal fewer Chinese considering them.

Even Tesla's imperious and unflappably optimistic CEO, Elon Musk, has admitted that tariffs are a problem. Last month he tweeted: "I am against import duties in general, but the current rules make things very difficult. It’s like competing in an Olympic race wearing lead shoes."

I am against import duties in general, but the current rules make things very difficult. It’s like competing in an Olympic race wearing lead shoes.

With Tesla's greatest growth market at risk and its factory unable to build enough cars to deliver on customer deposit commitments, things look uncertain for the world's most celebrated electric car brand.

The latest blow could be confirmation that Matthew Renna, one of Tesla's best production managers, perhaps the most important person on its staff considering the factory problems it faces, has resigned to become CEO of VW North America.

Amidst all of this, the precious few South Africans who expectantly paid deposits for their Tesla 3s could lose hope that they’ll ever be in a position to take delivery of them.

We live in a world where facts and fiction get blurred
In times of uncertainty you need journalism you can trust. For only R75 per month, you have access to a world of in-depth analyses, investigative journalism, top opinions and a range of features. Journalism strengthens democracy. Invest in the future today.
Subscribe to News24
Related Links
'Tesla goes bankrupt' - says CEO Elon Musk on April 1. Riiight...
Tesla responds to deadly Model X crash
Next on Wheels24
Boats, cars and bikes - Suzuki celebrates 100 years of engineering excellence in 2020