Ferdi de Vos
Share
• Toyota has cheapest vehicles to maintain
• New entry from Mahindra best in class
• Hyundai and Kia slip down the order
• No Chevs, Opels, Citroens in survey

Cape Town – So, if you drive a Toyota Corolla Quest, Fortuner or Prado, or a Nissan NP200, Datsun GO or Volvo S60, we have some good news for you…

According to the just released Kinsey Report for 2017, you own of drive one of the cheapest vehicles in their respective classes locally to service or repair.

But if you own a Volkswagen Move UP, a Kia Rio, a Hyundai Creta, a Honda CR-V, Volkswagen Amarok or a Mercedes-Benz GLE, then your service and repair bill will be quite steep in comparison.

The report, annually compiled by veteran journalist Malcolm Kinsey, covers 62 vehicles divided up into nine categories, and compares the prices of 35 common parts needed in servicing, repairs and crashes.

It's a #FriYay, and only a few hours left! Where will you be GOing this weekend? #GObergDay pic.twitter.com/YiY3wFZfgL

Second spot goes to the Polo Vivo with the lowest percentage of parts cost (34.% for a total basket cost of R59 284) versus vehicle price (R173 800) and second lowest crash parts cost. It ousted the slow-selling, bur recently facelifted Nissan Micra which was not included in the survey this year.

Third is the Hyundai i10, at R64 317 for its total parts basket. It also scored well on replacement parts (R3 925). The Tata Bolt, which was included for the first time, fared well in the repair costs category (2nd) and service costs (3rd)  but was knocked back by the price of the rear fender which includes the whole side of the vehicle from the front door.

What do you think of the 2017 Kinsey Report? Will the report influence your next vehicle purchase? Email us or get in touch via Facebook and Twitter. Surprisingly, the VW Polo 1.2 TSi jumps to top spot (from third position last year) with both the most economical basket and best basket to purchase price of the car (R253 100) – a good indication of all round value for money.

With the Peugeot 208, last year’s class winner, not included the Renault Sandero, which scores well in all three sections with a basket price of R93 022, moves to second position, while its Clio stablemate, with a total basket price of R105 176) edges out the Ford Fiesta 1.0T by a mere R191. For the third straight year this category is won by the Toyota Corolla – last year’s winner, the 1.6 Quest, just pipping the 1.6 Prestige by a few thousand Rand on the overall parts basket and the percentage value for money (R71 875 versus R73 520).

Interestingly, the basket prices of both models this year are cheaper compared to last year (R72 659 and R76 267 respectively). The inclusion of the two very similar models can be justified on their respective sales volumes, however the presence of the Honda Jazz in this category can be questioned.

Third is the Nissan Almera 1.5 with competitive prices in each section and a total basket cost of R76 395, displacing the Mazda3 (R107 746). Also interesting to note is that the Volkswagen Golf GTi, comparatively expensive as a package, scores well in repair parts – in 2nd place. This category represents a broad range of vehicles with prices ranging from R187 995 for the Mahindra KUV100 to R319 900 for the Hyundai Creta – both new entrants in the survey.
With last year’s winner, the Citroën Cactus, not available anymore, the surprise winner is the KUV100, lowest in both the service and repair sections and a total basket price of R81 597.

The Mahindra is followed by the Peugeot 2008, which did very well in the crash parts section, ahead of the Ford Ecosport 1.0T by a mere R23. Last year’s runner-up, the Toyota Avanza, was not included in this year’s survey, and the Renault Duster, in third place last year, is displaced by the Mazda CX3. With the Chev Trailblazer, last year’s runner-up, not included, second goes to the RAV4 2.0 – up seven places from last year. The Ford Kuga 1.5T with a basket of R117 148 is third, displacing the Hyundai Tucson. This good performance should also help to re-establishing the latest facelifted version of the beleaguered nameplate in the marketplace.

The top three also has the least pricey crash parts and interesting to note is that all three have managed to beat inflation with their overall baskets being lower than last year. The prices of these luxury SUVs, all with automatic transmissions, range from R782 648 for the Range Rover Evoque to R973 704 for the Mercedes-Benz GLE250d.

The Range Rover Evoque holds on to third place with a parts basket of R233 259 (versus R228 823 last year), while the newcomer Jeep Grand Cherokee 3.0 CRD is fourth, by virtue of having the 3rd least expensive crash parts basket. It is yet another win for Toyota in this category with the Hilux 2.8 GD, also clinching best basket price (R67 066 this year, compared to R76 274 in 2016) and affordability percentage (13,19 percent) in the absence of last year’s winner, the Tata Xenon.

The new Nissan Navara, with a basket of R78 865, takes second place, with the Isuzu KB300 (R82 971 for the total basket) in third. These three tried and tested favourites are in that order also the most competitive for crash parts prices.

The GWM Steed 6 gets a look-in with impressively low servicing parts costs, but exchange rate fluctuations have hit last year’s third placed double cab hard; this year falling back to fifth place behind the Ford Ranger 2.2. 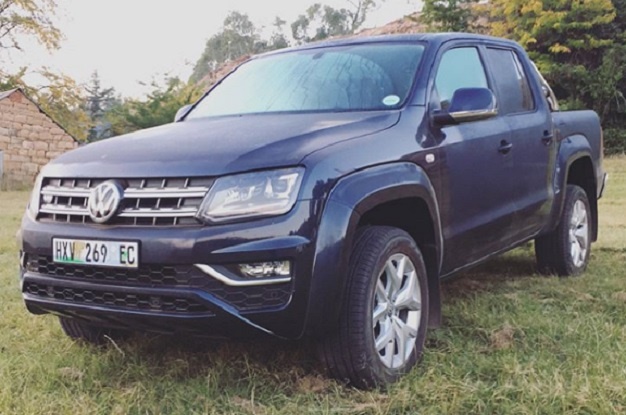 With the Chev Utility, last year’s runner-up, not included it is an all-Nissan affair with the half-tonne NP200 (total basket cost of R53 179) and one-tonne NP300 (basket cost of R57 546) this year taking the honours. The winning NP200, currently the only small bakkie available in SA, features well in all departments, service, repair and crash parts.

The larger NP300 is 2nd in service parts and third for both repair and crash parts, with the Toyota Hilux 2.4 third overall and scoring best for crash parts pricing, and the Mahindra Scorpio taking third place for service parts prices.

Once again, all these full-house executive models are vehicles with automatic transmission and their prices vary from R486 996 for the to R657 500 for the Jaguar XE. 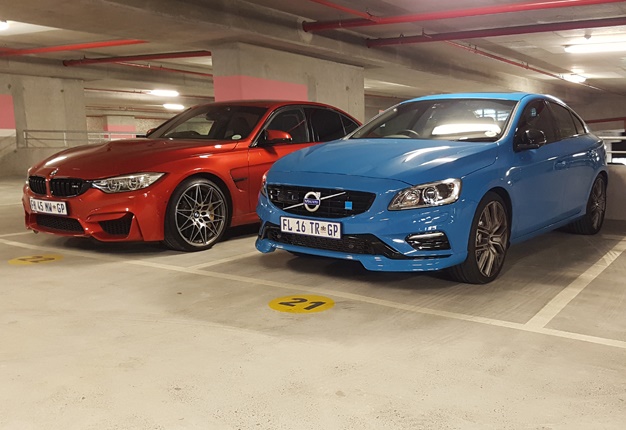 The BMW score a first for percentage value for money, but it is concerning to see such a huge difference in basket cost compared to last year…

The Jaguar XE with a total basket price of R171 223 scores an impressive third, not too far behind the Volvo and BMW. The Jag has four items – front and rear discs and the two shock absorbers which make its repair parts the most expensive. Also interesting to note is that while the Mercedes C200 is the most expensive in terms of total cost (R196 876) it is second in terms of servicing parts cost and best in repair parts.

We live in a world where facts and fiction get blurred
In times of uncertainty you need journalism you can trust. For 14 free days, you can have access to a world of in-depth analyses, investigative journalism, top opinions and a range of features. Journalism strengthens democracy. Invest in the future today. Thereafter you will be billed R75 per month. You can cancel anytime and if you cancel within 14 days you won't be billed.
Subscribe to News24
Next on Wheels24
SEE | The top 5 bakkies South Africans bought in May 2022 - some brands might surprise you