The South African passenger car market might be struggling but something extraordinary happened in local sales, during November.

In what might be a pending symbol of hope before the global merger of FCA and PSA, the local Fiat-Chrysler operation saw an outrageously successful November sales month.

FCA traditionally has a mild-to-weak presence in the South African new car market. On average, sales trickle to about 200 units. As a reference example, FCA totalled a new unit vehicle volume of 227 in October.

Amongst the Fiat South Africa product portfolio, there are no true volume products and even affordable Fiat cars, sell in niche volumes here – due to the dominance of VW and Korean brands.

Despite all of this, November was the best sales month for FCA in years. It managed to move 567 vehicles, which means a month-on-month increase of 150%

Nearly of all this unprecedented FCA South Africa success, was driven by a single product: the Panda. Fiat’s compact city car registered 332 sales in November.

What do you think of the Fiat Chrysler and PSA pending merger? Will it have a positive outcome for the automakers? Email us. 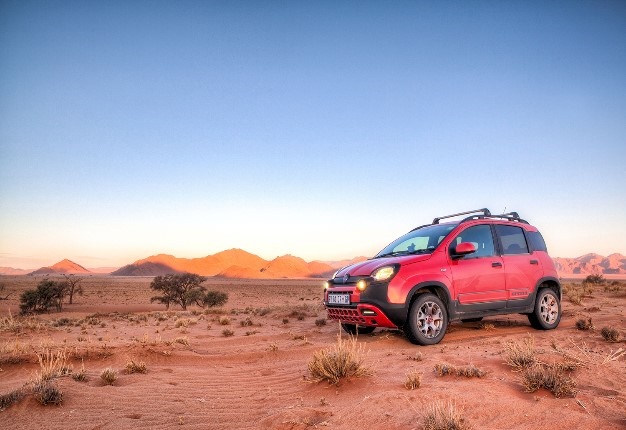 The consequence of FCA’s November surge in sales has done strange things to the South African automotive brand rankings. At 567 total volume, FCA did better last month than both Honda and Opel. Strange, but true.

But why the sudden surge in demand for Pandas? This is perhaps the dark question that requires clarification.Fiat sold only 36 Pandas in October. To see demand reach 332 the next month, without introducing a new model, engine or even trim level is suspicious.

One of the possible explanations for this 822% increase in Panda sales is that FCA might have been under pressure to flush ageing inventory from its network. Vehicles that remain unsold at dealerships, for far too long, risk becoming warranty expired by year.

There is also the issue of FCA’s merger with PSA, looming larger as the year closes. This international reorganisation and integration of these two automotive companies will influence their global operations, including those in South Africa.

Realigning and right-sizing the local product inventory might be one of the directives given to FCA South Africa, ahead of the merger. And that is a possible explanation for a truly amazing number of Pandas, registered through the very small South African Fiat dealer network, last month.

If you are a Fiat follower and like your compact city cars Italian, instead of Korean, German or Japanese, you might have been the recipient of an exceptionally good deal – during the Panda sales surge of November 2019.

We live in a world where facts and fiction get blurred
In times of uncertainty you need journalism you can trust. For only R75 per month, you have access to a world of in-depth analyses, investigative journalism, top opinions and a range of features. Journalism strengthens democracy. Invest in the future today.
Subscribe to News24
Related Links
RoadTrip: Panda 4x4 trip to Namibia
Next on Wheels24
OPINION | Selling your car? 9 ways Capetonians are getting more cash for their used vehicles