SA vehicle sales: Here's all you need to know

• New vehicles sales by dealers amounted to 79.3% of total sales volumes in February, followed by 13.3% of sales to the rental industry, 4.2% to the government and 3.2% to corporate fleets.

• Vehicles are still mostly financed over a 72-month period with used vehicles only marginally impacting the average financing term. The main driver of this remains affordability, but it has the downside of an ever-increasing average contract period, which continues to lengthen the vehicle replacement cycle. 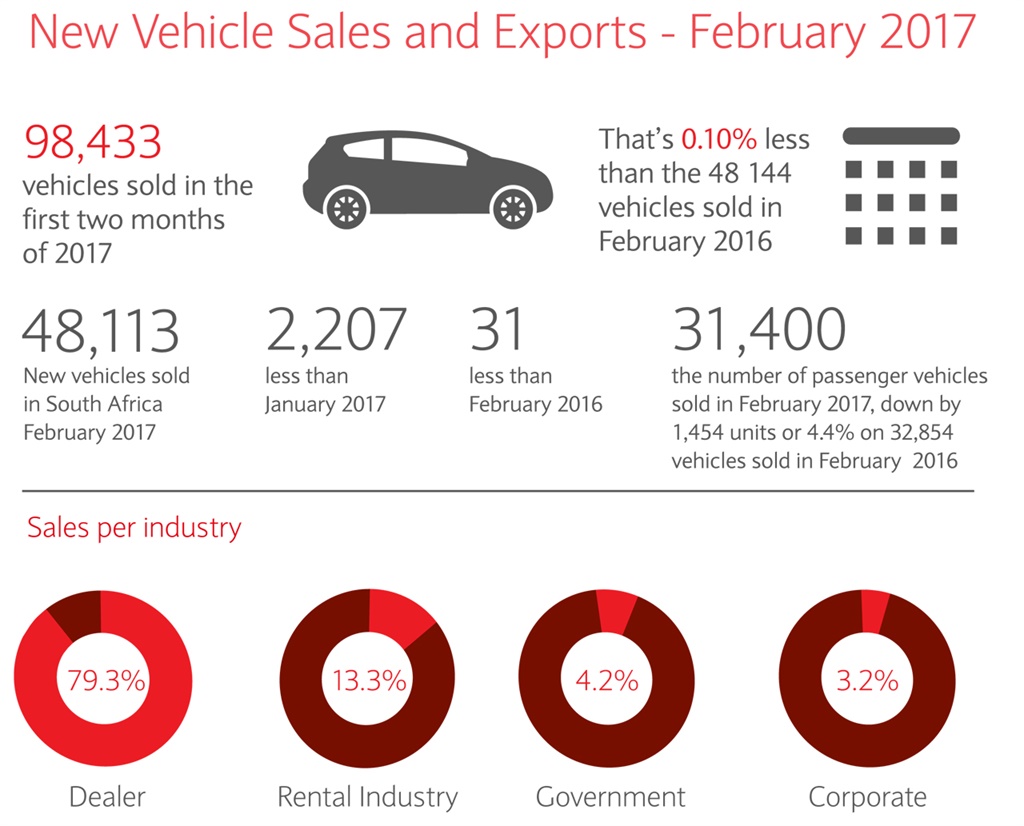 • Sales volumes of new vehicles are projected by Naamsa to rise by 3.5% in 2017 after a drop of around 11% in 2016. Macroeconomic conditions and the state of consumer and business sector finances and confidence will be the main drivers of vehicles sales in the rest of the year.

• At an industry level, new vehicle sales volumes will be dependent on the demand for entry-level passenger cars, new model releases and manufacturer incentives.

• Interest rates are forecast to remain unchanged at current levels throughout 2017, with rate movements to be highly dependent on trends in relevant economic and financial market data. Interest rates are an important factor affecting the affordability of and the demand for and growth in vehicle finance.

• According to data published by Statistics South Africa data, new vehicle price inflation measured 9.7% y/y in January this year, down from 10.5% y/y in December last year. However, in view of expected rand exchange rate weakening towards the end of the year, new vehicle prices are forecast to remain under pressure, which will have a negative effect on new vehicle affordability.

• The financial strain experienced by consumers during 2016 is expected to continue in 2017 against the background of inflationary pressures, interest rates to remain stable at current levels, low economic and employment growth and tax hikes announced in the Budget. 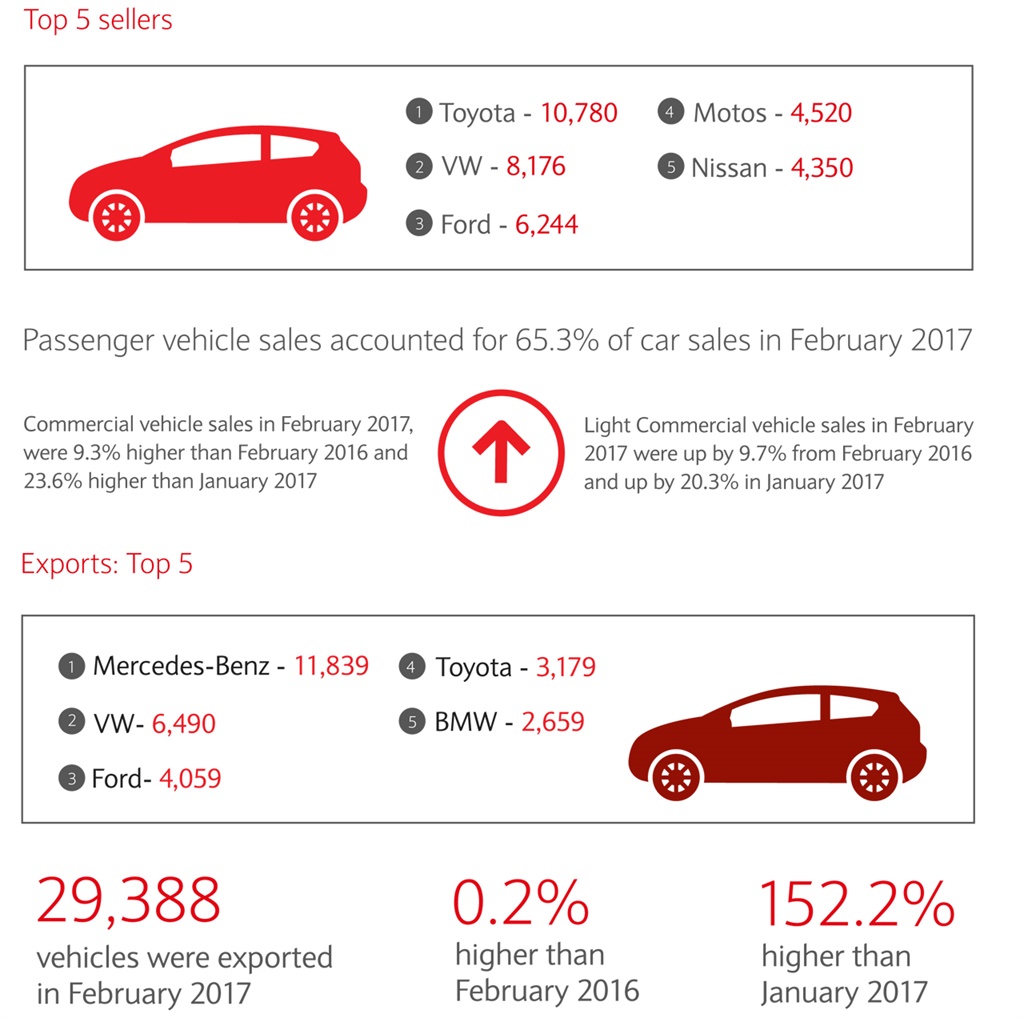 • Vehicle finance: The demand for and affordability and accessibility of vehicle finance, largely driven by interest rate movements, customer credit-risk profiles and consumer and business confidence, are key to the performance of vehicle sales and growth in vehicle finance.

We live in a world where facts and fiction get blurred
In times of uncertainty you need journalism you can trust. For only R75 per month, you have access to a world of in-depth analyses, investigative journalism, top opinions and a range of features. Journalism strengthens democracy. Invest in the future today.
Subscribe to News24
Related Links
SA car sales: Toyota dominates luxury SUVs in February
'Positive' SA vehicle sales for February 2017 - Naamsa
Next on Wheels24
SEE | Here are some low-mileage performance hatchbacks under R200 000 you could buy in SA