• These vehicles could end 2020 as the top-sellers

It's been a tough two months on South Africa's new vehicle market. In April, the industry barely managed a total sales figure of 800 units across South Africa, but in May things took a turn for the better. It is assumed that June will see an even higher uptake, all thanks to lockdown level 3 allowing the sale of new vehicles.

Sadly, it is near-impossible for SA's new car market to recover from April's bloodbath, and can we only hope that 2020 sales will end on a high note.

That being said, which vehicles will end the year as the top-selling vehicles? We look at five vehicles we think will top the charts.

Which vehicles do you think will end 2020 as SA's top sellers? Email us. The Hilux has been South Africa's sales leader for the longest time. Its reputation exceeds it and is it almost customary for it to be the best-sold new vehicle in SA. Buyers have a total of 35 variants to choose from, all ranging from single, Xtra, and double cab bakkies. Following the axing of the 4.0-litre V6 model, the 2.7-litre engine remains the only petrol unit alongside the 2.8-litre and 2.4-litre diesel engines.

READ: Six reasons why the Toyota Hilux outsells everything else in SA - reader

The Hilux is available in both rear-wheel-drive and 4x4 configurations, with either a six-speed manual or six-speed auto doing transfer duties. The 2.7-litre, however, makes do with a five-speed manual. The Polo Vivo has been the top-selling passenger car in Mzansi ever since it made its debut a few years ago. The car speaks to a broad audience and is favoured for its low running costs, proven engine, and the design that reminds strongly of the previous-generation Polo.

Three engines power the range - a 1.4-litre, a 1.6-litre, and a turbocharged 1.0-litre. The turbocharged motor powers the Polo Vivo GT, the top model in the range, with an asking price of R281 200. The entry-level Vivo 1.4 Trendline sells for R207 500 and is a hot favourite among South Africans. The Ford Ranger is the Hilux's closest rival in the bakkie segment, but, in terms of overall sales, it competes against the Vivo for second place. Ford offers buyers 31 variants to choose from, all comprising the same body types as the Hilux. In 2019, Ford equipped its Ranger with its new bi-turbo 2.0-litre diesel engine and 10-speed automatic gearbox, which upped the bakkie's presence in our market.

REVIEW: Is the Ford Ranger Raptor justifiable at R800 000?

Alongside this engine, Ford also offers its 3.2-litre five-cylinder engine, a 2.2-litre engine, and a 2.0-litre engine: all diesel and turbocharged. 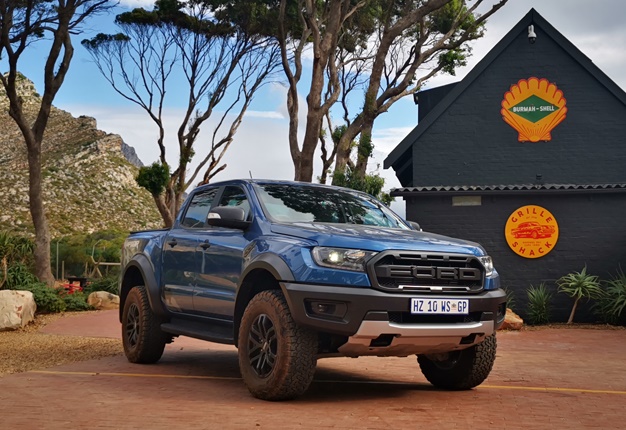 The Polo is the bigger brother to the Polo Vivo and begins life with the Polo sedan 1.4 Trendline at R233 700. Both sedan and hatchback versions are on offer, but the latter is fitted with VW's turbocharged 1.0-litre petrol engine. Unlike before, no diesel engines are on offer this time around.

At the top, the Polo GTI is flying the flag and is fitted with a turbocharged 2.0-litre petrol engine that produces 147kW. It carries an asking price of R411 900.

The Polo is a hot buy in our market and should not be discounted to end the year in third or second position. The first four listings were easy to predict given their social standing, but fifth place can go to any vehicle. The Nissan NP200 and Isuzu D-Max have been slugging it out behind the Hilux and Ranger, which should see either bakkie take the fifth and final slot in our list.

Regarding passenger cars, Toyota's Etios or Fortuner could make slot into this position, but not without a fight from the Hyundai Grandi10.

If we had to hazard a guess, the NP200 would get our vote, because it's a bakkie, and is competitively priced from R189 100. We live in a world where facts and fiction get blurred
In times of uncertainty you need journalism you can trust. For only R75 per month, you have access to a world of in-depth analyses, investigative journalism, top opinions and a range of features. Journalism strengthens democracy. Invest in the future today.
Subscribe to News24
Related Links
SA vehicle sales | Major upturn in events as Hilux, D-Max and Ranger go top of the bakkie log
Ford Ranger trumps Hilux in used bakkies - Here are the top 10 cars South Africans are buying
Next on Wheels24
SA car sales | Dealers could be in for a rough ride over the upcoming holiday season