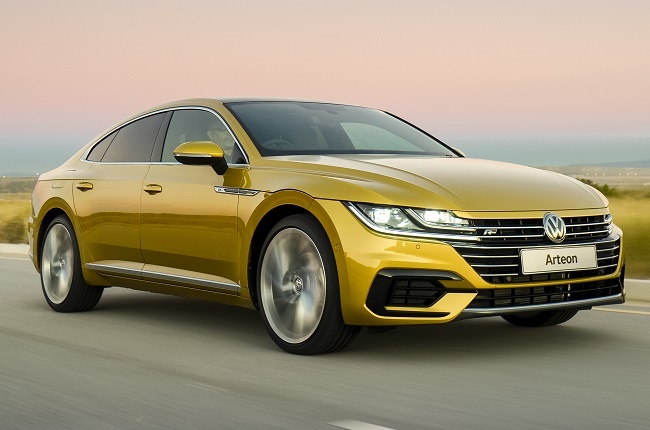 At times, new vehicles are seemingly launched almost on a weekly basis in South Africa.

The majority of them are either compact SUVs or bakkies, which has become the country's most popular options. One can't forget small passenger vehicles too.

More often than not, newer models tend to sell well and enjoy a decent spell on the production line before something new eventually takes its place but not after a good number of years.

Are there any other models we're missing on this list, and why? Please Email us and we'll share your thoughts.

In recent years, there have been a few high-end models launched locally that haven't sold particularly well. Pricing compared to rivals, and value for money are some of the essential factors for most prospective buyers, and sadly most of these did not meet the criteria at the time.

Or perhaps, its styling was it's downfall? The Fiat Multipla or Citroen Xsara Picasso are good examples of this.

Maybe it was a case of the right model, at the wrong time or vice versa but marketing teams should have information to see what works, and what doesn't in each region.

These are a few models that didn't quite make the cut locally: The German brand's seventh-generation of the Golf was by far the most successful. It also spawned a range of hot hatch derivatives like the GTI, R, Clubsport, Clubsport S, but also included the GTD.

The latter made its local debut in 2017, and after only two years, Volkswagen South Africa removed if off of the production line. It's 2.0-litre turbodiesel engine made 130kW and 350Nm.

The GTD fell flat on its face mainly because there is no place for performance diesels in the current market and the only diesel-powered model's motorists want to drive are bakkies. And it's a shame, because this GTD was a darn good car. South Africans probably just needed more time to get used to it? Many people dubbed the Mercedes-Benz X-Class as the 'Kim Kardashian' of bakkies and a 'wanna-be' Nissan Navara, based on the design cues, and also because it was built on the same platform alongside the Japanese bakkie at Nissan's Barcelona factory.

First launched in 2017, the introduction of a new bakkie, a Mercedes-Benz one at that, made the motoring world sit up and take note. Could a luxury bakkie even be feasible? The answer would turn out to be no.

Mercedes-Benz wanted to create something in territory unknown to them and the decision to do so imploded.

Yet another VW finds its way onto the list, this time one of its premium sedan offerings - a supposed final product of a fusion between the then outgoing Jetta and Passat sedans and also a direct replacement for the CC.

The Arteon was met with excitement when it launched locally in 2018. Still, the fanfare was relatively short-lived when the decision was made to cease production of the luxury sedan earlier this year.

It remains to be seen whether VW will chuck their resources at a different premium sedan offering or stick to the tried and tested success that the passenger car and SUV segments are dishing out.

We live in a world where facts and fiction get blurred
In times of uncertainty you need journalism you can trust. For 14 free days, you can have access to a world of in-depth analyses, investigative journalism, top opinions and a range of features. Journalism strengthens democracy. Invest in the future today. Thereafter you will be billed R75 per month. You can cancel anytime and if you cancel within 14 days you won't be billed.
Subscribe to News24
Related Links
OPINION | Why Volkswagen's striking Arteon never took off in SA
Next on Life
SEE | Two-door goodness: Would you splash cash on these used special edition Golf GTIs?