Suzuki's stellar sales start to 2020 in the local vehicle market Suzuki cemented itself firmly in the top 10 best-selling car manufacturers in South Africa following record-breaking figures in January. The distributor sold 1632 vehicles, elevating the Japanese brand to seventh-place, ahead of Mercedes-Benz.

Andre Venter, sales and marketing manager of the local arm says: "Our demand for models such as the Swift, Jimny, and Ertiga has never been stronger, and we are working hard to get models to our dealers on time.

It's not difficult to understand why Suzuki sold 824 Swifts in January an increase of 381 in December 2019 to become the sixth best-selling passenger car in the country.

The Swift offers an honest, relatively affordable entry retail price of R166 900 for the GA model, a two-year or 30 000km service plan is included in the price.

More Swifts found homes in January than rivals from Ford (Figo), Hyundai (i10) and Toyota (Etios), illustrating the brand's ability to beat out arguably more established rivals in the market.

Venter shone the spotlight on dealer sales, which have increased by close to 60% in comparison to January 2019, of the 1632 units sold 1222 were by dealers.

Suzuki's second best-selling vehicle in January was the diminutive Jimny (189 units). Only available with a 1.5-litre engine and a three-door configuration, the Jimny has a cult following among motorists looking for an affordable vehicle with genuine off-road ability.

While we noted during a road test that the Jimny's shortcomings come to the fore during highway driving at the national speed limit, but apart from that it's a good vehicle priced from R285 900, and is also available with a two-year or 30 000km service plan.

There's no doubt that a brand like Suzuki with solid dealer infrastructure and a good line-up of models will continue to increase its market share as motorists turn to value purchases. 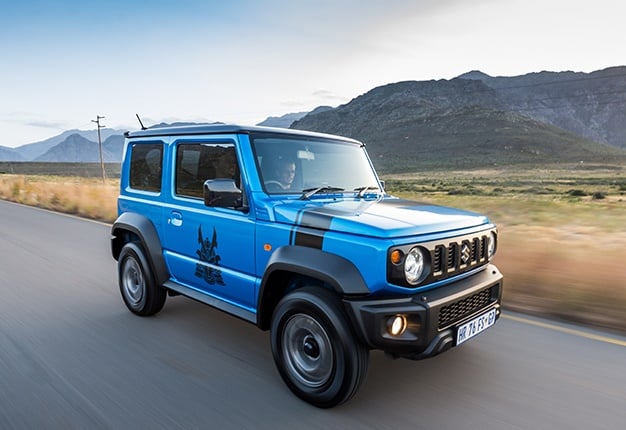 We live in a world where facts and fiction get blurred
In times of uncertainty you need journalism you can trust. For only R75 per month, you have access to a world of in-depth analyses, investigative journalism, top opinions and a range of features. Journalism strengthens democracy. Invest in the future today.
Subscribe to News24
Related Links
SA car sales | Toyota starts the year on top, Suzuki sells more cars than Merc
SA car sales | Polo Vivo start year on a high, Swift makes big splash in Top 10
Next on Wheels24
Buying a vehicle can be a poor investment, but not if you acquire one of these classics