It's been announced that the sale of new and used vehicles in South Africa may take place under lockdown level 4, provided dealerships adhere to the strict protocols that will accompany the sales process.

This is no doubt good news, as the motor industry is an integral part of South Africa's economy. Before Covid-19, between 30- and 40 000 new vehicles would be sold locally per month, across all sectors, but in April that took a severe knock when only 574 vehicles were sold.

It's a far cry from the numbers we're used to seeing, but there may be a glimmer of hope on the horizon.

With the announcement that sales may commence, this does provide an upturn in the sense that we, South Africa, can prevent another bloodbath as we've seen in April. While the sales process will look markedly different from what we've become accustomed to, dealers will sigh relief as they look to welcome back business.

Here are three vehicles SA's motoring public are most likely to purchase.

Which car are you likely to purchase when dealerships reopen, and why? Email us. 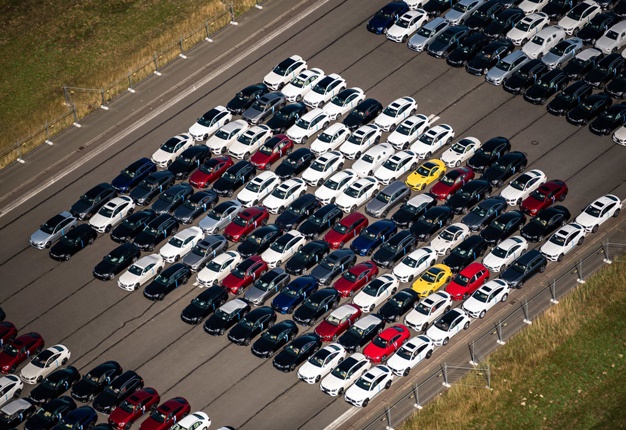 How can we not begin the list with South Africa's favourite son, the Toyota Hilux. The bakkie, which has been on sale locally for almost 60 years, is quite literally the backbone of new vehicle sales in SA. Every month, it racks up sales in access of 3000 units – the most for any single vehicle.

When sales resume, buyers will likely opt for it first. There are a certain mystique and trust around the Hilux; a vibe that is almost unexplainable. With the sales process ready to take on a more online approach, the Hilux could be the one vehicle that can overcome the 'I don't trust online sales' scenario - just because it's a Hilux. The Polo Vivo is the little brother to the Polo and has found a strong following of loyal supporters in Mzansi. The Vivo counts as one of the top-selling vehicles locally and outsells every vehicle in the broader South African carpool, bar the Hilux.

When sales resume, there is a chance that the Vivo might outsell the Hilux in May, given the volatile and delicate state of the South African economy. People won't be eager to spend too much money on a new vehicle, and this might be an aspect the Vivo can capitalize on.

The bigger Polo is also a local favourite, so we can't discount its impact on the sales market. There a few vehicles that could sell the third-highest number of units this month, but how it all plays out remains to be seen. The Nissan NP200 is a constant top-seller in the bakkie market, and it could come into play again in May. The Renault Kwid has been the budget king in South Africa since arriving locally in 2015 and has proven a hot favourite among those who are a bit strapped for cash.

But Suzuki has joined the budget game just before lockdown with the introduction of its new S-Presso. More affordable than the Kwid, it might just spring a surprise towards month-end.

A left-field option for third place is the Toyota Fortuner. Despite it being far more expensive than the contenders for third place, it is the top-selling SUV in South Africa, and there is very little to suggest it won't be looked at favourably. 2020 Renault Kwid Climber. Image: Quickpic
We live in a world where facts and fiction get blurred
In times of uncertainty you need journalism you can trust. For 14 free days, you can have access to a world of in-depth analyses, investigative journalism, top opinions and a range of features. Journalism strengthens democracy. Invest in the future today. Thereafter you will be billed R75 per month. You can cancel anytime and if you cancel within 14 days you won't be billed.
Subscribe to News24
Related Links
Throwback review | Driving Toyota's V8-powered racing-inspired Hilux
Why the Toyota Hilux Legend 50 makes for an epic camp trip
Next on Wheels24
SEE | The top 5 bakkies South Africans bought in May 2022 - some brands might surprise you