#Boozefreeroads: Here's how the Western Cape will try to curb drunk driving this holiday season 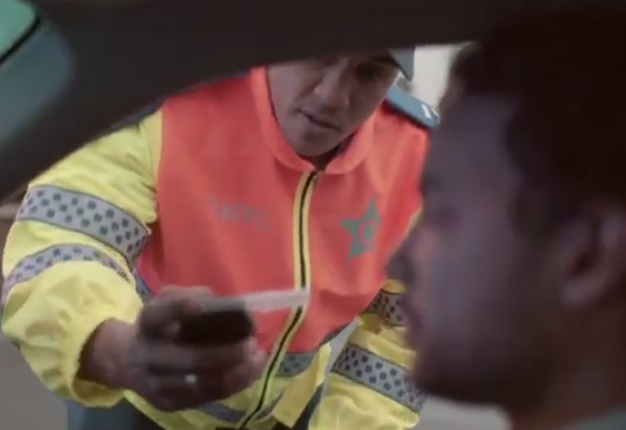 With drinking and driving statistics on the rise this time of the year, Minister of Transport and Public Works, Donald Grant introduced two new mobile alcohol units for the Western Cape.

Grant said: "With the festive season now upon us, our ability to work together, with our shared vision and commitment, will be what motivates our efforts to improve safety on our roads during this special time of the year for many of our citizens."

The department said the usual influx of holidaymakers will soon begin their journeys to their respective destinations and in doing so, place additional pressure on all law enforcement agencies tasked with maintaining law and order on our roads.

What do you think can be done to curb drunk driving? Email us

Grant added that additional resources will have to be dedicated to effective monitoring and control of traffic volumes, as well as maintaining the rule of law on our roads.

"In the future, through effective partnerships and plans such as the one we are launching today, we aim to see a drastic reduction in the number of people either injured or killed on our roads.

"In order to achieve this, we will be conducting integrated traffic and road safety initiatives that respond directly to the dire situation we so often find on our roads; integrated operations that are set for execution, and will focus on the following key areas:

• Driving under the influence of alcohol and other intoxicating substance and Random Breath Testing (RBT),

• Pedestrian safety (with pedestrian deaths accounting for the majority of all road deaths),

The Western Cape Government and the Department of Transport and Public Works have been proactively putting measures in place to promote the safety of all the residents of the Western Cape and all the visitors to our province and will continue to do so as our roads get busier in the coming days.

"Our most urgent task is to do all we can to lessen the carnage that is caused each year by reckless and irresponsible behaviour on our roads," said Grant.

We will continue to work closely with the police, municipal traffic services and other road safety agencies this holiday season to make our roads safer for residents and visitors https://t.co/0cJVQIHj9T #NowhereToHide #BoozeFreeRoads pic.twitter.com/HzPeGoKQr4

"We must continue to encourage and promote safe and responsible road use as an imperative, and create a citizenry of law-abiders who exercise caution and care when taking to the roads - citizens who know that their conduct has a direct impact on the lives of others and that their positive and safe actions keep others alive.

"Each year, the lives lost senselessly on our roads are a painful reminder of the dangers that exist and serve as a call to action for us to work tirelessly together, to lessen the carnage experienced daily.

The lives that we lose at this time, year-on-year, remain a painful reminder of horrors experienced on our roads, and the work that must still be done to make our roads safer.

Just last year alone, over the past festive season (1 December 2017 till 31 January 2018), a total of 262 lives were lost on our roads, which was an increase in deaths from the previous year as both driver and passenger fatality numbers went up.

At the centre of any road safety initiative remains a strong focus on avoiding drinking and driving/walking and its many dangers.

Alcohol and road use simply don’t mix, which is a truth known to us all, and demonstrated by the significant role that alcohol continues to play in a majority of crashes that we see on our roads.

Sixty-one per cent of pedestrian corpses tested showed signs of being under the influence of alcohol at the time of death https://t.co/9hsNXdO7hz #BoozeFreeRoads @WCGovSafelyHome

The consumption of alcohol, even in relatively small amounts, and then getting behind the wheel of a vehicle or walking, increases the risk of being involved in a crash for motorists and pedestrians.

Not only does alcohol impair processes critical to safe road use, such as vision and reaction time, it is also associated with poor judgement and so is often linked to other high-risk road use behaviours such as speeding or not using seat-belts.

Our roads safety initiative, Safely Home, will be running a festive-season long awareness campaign under the theme "Alcohol and Roads Don’t Mix", with the hashtag #BoozeFreeRoads.

The campaign will specifically target adults, who are the ones most likely to drink and drive or drink and walk. We know that over 40% of drivers killed on Western Cape roads, who were tested for alcohol, were blood alcohol content (BAC) positive.

We also know that approximately 372 pedestrians were killed while under the influence of alcohol on Western Cape roads last year. The problem of alcohol consumption and road use is one that demands our urgent attention.

The campaign is currently live on the Safely Home website and Twitter handle with the hashtag #BoozeFreeRoads, and is supported by radio advertisements on various leading radio stations, and VMS message board messages on busy highways.

#BoozeFreeRoads is specifically targeted at both motorists and pedestrians, with drinking and road use (driving and walking) proving to be a deadly combination on our roads.

Smart Enforcement over the Festive Season

As part of my department’s proactive safety measures, 490 Provincial Traffic Officers and 40 trainee traffic officer students received the necessary training to use our handheld devices. This is a breakthrough in traffic law enforcement in South Africa.

The new handheld technology will enable our officials to have direct roadside access to verify the validity of driving and motor vehicle licences, professional driving permits, speeding offences at all our Average Speed Over Distance sites across our province.

We have been successfully using this technology on our roads over the last couple of years, and have seen an improvement in our enforcement capabilities.

We will also be deploying technological advancements in implementing our Fatigue Management Awareness Programme on the N1 Rietfontein.

This program which will be fully functional, on a 24/7 basis, and on strategic dates over three consecutive days to monitor driver behaviour and extended times spent behind the wheel.

The driving time limits, in respect of a driver of a public transport vehicle whether accompanied by another driver or not shall be;

• A total maximum of 15 hours driving time in a period of 24 hours; and a minimum continuous resting period of eight hours within a 24-hour period

Encouraging motorists to rest on long journeys has undoubtedly saved many lives.

We will continue with our fatigue management efforts over this festive season in the hopes that more and more people will heed our calls to rest when travelling long distances in order to avoid the crashes that we know are caused by fatigue.

On 1st July last year, we launched our pilot Random Breath Testing (RBT) project, which was a joint project of the national, provincial, and local governments; and is in partnership with the South African Police Services (SAPS), the Provincial Traffic Services, the Road Traffic Management Corporation (RTMC), Safely Home, the City of Cape Town, and the Traffic Services of the Cape Agulhas, Overstrand, and Theewaterskloof municipalities.

The RBT model is based on those used successfully around the world, in countries like Australia. Lessons for devising the RBT operational model were drawn from Australian states of New South Wales and Victoria, where a 20% reduction in alcohol-related traffic injuries was achieved within two years of implementing RBT operations.

Since its successful implementation last year, we have continued to expand on the project with the help of our Municipal partners. RBT is now an integral part of our District Safety Plans and our operational planning to deal with intoxicated motorists.

Our RBT efforts were aided last year with the launch of our first Mobile Alcohol Evidentiary Unit which made it possible to do rapid on-the-spot checks to determine whether a driver is under the influence while increasing the likelihood of a successful prosecution.

On-the-spot testing makes it possible to release innocent suspects immediately. No blood testing is necessary. By removing the need for personnel to accompany suspects to distant testing centres, the technology also enables more law enforcement officials to be on duty at any time.

Since last year’s launch, the City of Cape Town Traffic Services has also acquired one of these units which is being used in RBT operations in the Metro.

I am proud to announce that we will be further boosting our enforcement power over the festive season by deploying an additional two Mobile Alcohol Evidentiary Units, which have been repurposed for this function.

These two units will be deployed in the Westcoast and Winelands regions and will complement the existing two units in the Overberg and Metro region.

One of the biggest benefits of RBT has undoubtedly been the increased awareness that has come from the enhanced visibility of our traffic officers at various locations, conducting operations.

We are pleased at the overall positive feedback that we have received since launching this initiative. We will continue with RBT, which now forms a crucial part of our enforcement activities and interventions.

I am confident that the RBT project will continue to change people’s behaviour, particularly around the dangers of drinking and driving, as well as the near certainty of being caught should you choose to do so and threaten the lives of other road users.

We live in a world where facts and fiction get blurred
In times of uncertainty you need journalism you can trust. For only R75 per month, you have access to a world of in-depth analyses, investigative journalism, top opinions and a range of features. Journalism strengthens democracy. Invest in the future today.
Subscribe to News24
Related Links
WATCH: Driving under the influence - here's how SA can curb drunk driving
'Drunk driving as dangerous as a person waving a loaded pistol' - Thousands admit to drinking and...
Next on Wheels24
If there's one Suzuki you don't see anymore, it's the rare 131kW Kizashi sedan