Driving with J9 | Which new car do you want to buy when vehicle finance, licensing resume in June? It's been trial and error with Level 4 restrictions seeing car dealerships re-open after requests to government saw a positive reaction. Car sales could resume, and local automakers could start building cars at the various plants around the country.

But, just as soon as the good news came, all hopes of the automotive economy beginning to recover ground to a halt. Dealerships were open, but no registrations could be done. Roadworthy and licensing centres were still not considered as essential services. So the point of selling cars was all but useless.

Thank goodness, a ray of light glimmered in the uncertainty. As of June 1, these bodies will re-open, under strict protocols of course, as President Cyril Ramaphosa announced the country will move to Level 3 earlier on Sunday evening (May 24). However, car buying will never be the same again, and even if things return to 'normal' one day, the automotive industry will most likely use this 'new era' of operations for future long-term plans.

And, that's not a bad thing.

The days of walking into a car dealership to take a look at a vehicle you're interested in, are probably over. Spontaneous test drives of a car you were perhaps not even considering, is also now something of the past. Everything has gone digital for quite some time, but now most processes will go this route.

With the resume of car sales, you now need to call your closest car dealer and schedule an appointment for a test drive, and also to book your car in for a service. End of the day, this is all a good thing, and, it will also reduce theft in this regard if we're looking for a positive.

Are you in the market to shop for a new vehicle, or are you trading in your current one? Please email us and share your story. Everyone is being forced to be innovative and come up with new solutions for operations under stringent conditions. And as we head into Level 3, it most certainly doesn't mean we can become complacent.

Jobs are being lost, most families are battling to provide food for the table, yet a percentage of the employed population is not severely affected by the consequences of Covid-19. People are more than ready to buy new vehicles, even if it means buying down and trading for something more affordable due to the pandemic.

As the rest of the world begins to flatten the curve in their countries, and economies start to pick up the pieces, new cars will start to arrive at the ports again, and hopefully next month, our vehicles could be exported too.

Wheels24's Charlen Raymond and Robin Classen looked at new vehicles you could purchase from June 1, and also at three new bakkies which are destined for SA. Autotrader still reports a significant increase in used vehicle searches, especially in MPVs, and vans. Readers are still intrigued by the fastest Ford Focus ST in South Africa owned by Cape Town's P-dubs, but my favourite story this week though, has to be that of Koos Fleming's shared memories of his Mazda F 1000 which he had bought for R1189 in 1970.

We've also had a huge response to the forthcoming Jeep Gladiator should it arrive in SA.

Here are our top motoring stories of the week:

1. WATCH | Three new bakkies that could unsettle the cart when they arrive in SA 2. Ford has two new Ranger bakkies - Will they make it to South Africa?

3. WATCH | This is the fastest Ford Focus ST in South Africa 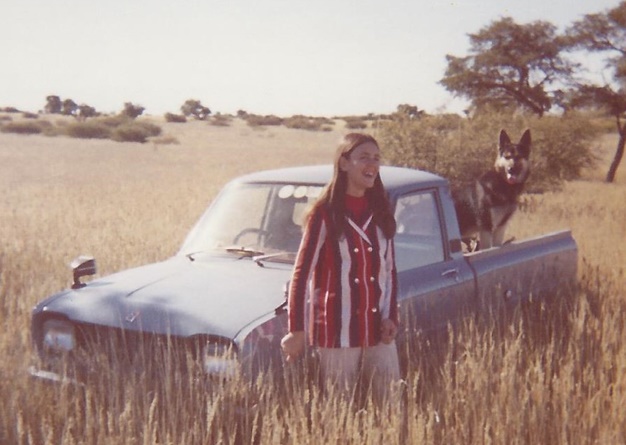 5.Is it a Mahindra? - Readers respond to Jeep Gladiator's SA debut We live in a world where facts and fiction get blurred
In times of uncertainty you need journalism you can trust. For only R75 per month, you have access to a world of in-depth analyses, investigative journalism, top opinions and a range of features. Journalism strengthens democracy. Invest in the future today.
Subscribe to News24
Related Links
WATCH | Three new bakkies that could unsettle the cart when they arrive in SA
'In 1970 I bought a new Mazda F 1000 bakkie for R1189' - reader
Next on Wheels24
One woman. One Porsche on skis. One final mission to end global child trafficking