'Is there really no speed limit?' - the Autobahn explained 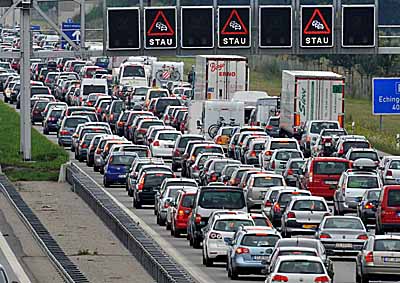 Cape Town - Germany is famous for two things: amazing beer and the high-speed autobahn. Though these two things should never, under any circumstances, mix, it’s the latter that caught our attention.

How fast can you really travel? How safe is a road without 'speed limits'?, there are many misconceptions regarding the iconic autobahn. Fortunately, Insurance4carhire created an amazing infographic to help users understand Germany's famous road.

History of the autobahn

The first motorway was built in 1913 - it was 19km long and over the next couple of years, more roads were built. Political unrest during World War II halted progress and in 1952 construction resumed.

An important aspect of the autobahn is that it's not just about speed. Yes, allowing motorists to reach high speeds is what gives the autobahn its identity but safety is a primary concern for authorities. So much so, that for every billion kilometres travelled on the autobahn, there are only 2.7 fatalities.

Rules and regulations of the Autobahn

All users of the autobahn need to be in possession of a valid driver's licence, your vehicle needs to be registered with a valid insurance and proper identification. If any of these are not valid, autobahn-users can find themselves in serious trouble with authorities.

Below is the infographic:

We live in a world where facts and fiction get blurred
In times of uncertainty you need journalism you can trust. For only R75 per month, you have access to a world of in-depth analyses, investigative journalism, top opinions and a range of features. Journalism strengthens democracy. Invest in the future today.
Subscribe to News24
Related Links
WATCH: A BMW M2 hit 275km/h on the Autobahn
WATCH: Koenigsegg Agera R battles a Porsche 918
Next on Wheels24
Coming in January: We have pricing for the new 2022 Volkswagen Polo, Polo GTI