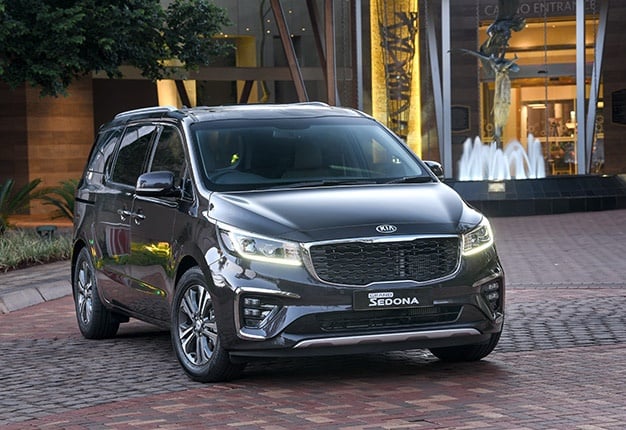 Seven7 Drive, a marathon drive in support of kids with cancer, is back. A team of journalists and adventurers will set off from Pretoria on 30 May, and end up back in Pretoria seven days later after covering about 6,000km and visiting kids with cancer in seven hospitals around the country, delivering gifts and a little bit of hope along the way.

The marathon drive will again be supported by KIA Motors South Africa. With a mission to be loved by South Africans, the car company has backed the Drive from the very first effort, back in 2015. This year the team, consisting of Leisure Wheels magazine staff and other members of the media, will be completing the drive in the lap of luxury in the latest KIA Grand Sedona.

The Drive will also be making stops at various KIA dealerships along the route, all of which has assisted in collecting toys and gifts to be handed out during the hospital visits.

Seven7 Drive began as a pipedream following the death of a young cancer victim close to the Leisure Wheels team. The theory was to drive a vehicle to seven countries in just seven days, visiting hospitals in each of those countries.

It was a total distance of 7 000km, and included border crossings, wild animals on the road at night, entrepreneurial police officers, potholed roads and 12-hour stints behind the wheel.

“We had no idea if it was actually possible to drive through seven countries in seven days, but we loaded some gifts and supplies in a KIA Sorento and off we went. Amazingly, we made it. The next year we did it again, in a Sportage. And then again, in the KIA Soul.

But we also realised that we needed to create more local awareness about the Drive – after all, we’re doing this for the kids, and to raise awareness for the organisation we support, Cupcakes of Hope,” explains Leisure Wheels’ Danie Botha.

This year the drive will start at KIA Motors Centrurion before heading north to Polokwane, and onwards to Upington, Cape Town, Port Elizabeth, George, Bethlehem, Nelspruit and ending, on the seventh day, back in Pretoria with a visit to the paediatric oncology department at the Steve Biko Academic Hospital.

As far as long distance vehicles go, it doesn’t get much better than KIA’s latest Grand Sedona. Powered by a 2.2-litre four-cylinder turbodiesel engine that delivers 147kW of power and 440Nm of torque, the Grand Sedona combines brisk performance with frugal consumption – perfect for a cross-country endurance drive. The luxurious cabin offers lounge-like space for six passengers and it really is a bit like flying business class.

Christo Valentyn, Brand Marketing and Communications Manager for KIA Motors South Africa says, “As a proudly South African company, KIA Motors jumped at the chance to get involved with Seven7 Drive when first presented with the idea in 2015.

"We are delighted to support the Drive for the fourth consecutive year, and remain inspired by the passion of the Drive’s organisers and the fighting spirit of the kids we meet on the way. Providing the vehicles for Seven7 Drive is but small way in which we give back to society.”

The 2019 Seven7 Drive is supported by Kia Motors South Africa, Tracker, airbnb and Wrap Vehicles. All funds raised go towards the Cupcakes of Hope organisation.

Follow the drive at www.facebook.com/seven7Drive, or visit cupcakesofhope.org to find out how you can get involved

We live in a world where facts and fiction get blurred
In times of uncertainty you need journalism you can trust. For only R75 per month, you have access to a world of in-depth analyses, investigative journalism, top opinions and a range of features. Journalism strengthens democracy. Invest in the future today.
Subscribe to News24
Related Links
KIA hints at interior design of all-new compact SUV
6 times the Kia Grand Sedona proved to be a fantastic people mover
Next on Wheels24
Relief this festive season - Fuel prices set for slight decrease ahead of December rush