OPINION | Don’t believe the hype: The South African passenger vehicle car parc in 2030 and beyond

If any of the world's respected motoring oracles are to be believed, private vehicle ownership will, over a debatable time frame, ultimately die off in favour of mobility services.

In the future, you will no longer leave on daily journeys in the comfort of your own vehicle. Instead, you'll hail a ride-sharing pod, probably electrically-powered and driverless, to get wherever you're going. Autonomous, Connected, Electric and Shared (ACES) transportation concepts make for great headlines and fantastical reading, but is this really where we're headed?

I'm not so sure… Especially considering that many projections use utopian locales such as Los Angeles or Tokyo as the basis of research and forecast. In these idyllic places, a near-complete mobility shift isn't so far-fetched, and the masses may welcome the idea of shared and possibly cheaper transportation solutions. I fear, however, that some industry experts may be viewing the future in rose-tinted crystal balls.

Here in South Africa, and many other regions where mobility cultures are worlds apart from those in the locations mentioned above, I predict a much different future – or at least for the next 10 to 20 years.

While there's no doubt that services such as Uber and Bolt have proven successful business models and foreshadow what could come of ride-sharing as even smarter technologies are introduced, I see these as supplementary to private vehicle ownership, not in competition with it. The convenience factor is key here. For the portion of the South African population fortunate enough to afford personal cars, the cycle of buying and later trading up or down will continue. What will change is the cost and convenience calculation made ahead of specific journeys. The culture of travelling in personal vehicles will remain as majority vote, but if it's easier, cheaper and/or quicker to ride-share, these services may become increasingly popular and appetising.

As long as there is a demand for privately owned vehicles, and I believe there will be at a global level for a long time to come, the world's carmakers will continue to build and sell cars. Leaving economy and total vehicle sales numbers out of the equation, South African new and used car dealerships, and the ability of consumers to do business with them is relatively secure.

All of that said, I do predict some changes to the complexion of the private vehicle population in the next decade. As electrification comes to the fore, and advanced driver assistance and connected technologies are introduced, there will be a more significant divide between feature-rich, high-end vehicles and more budget-friendly commodity cars. Carmakers will trim some fat (and currently there is a lot of fat) from their model line-ups for all markets globally. Instead of multiple body style and engine configurations from single-vehicle platforms, model lines will be rationalised into more sensible catalogues. The enormous selection of cars we have today may one day be a luxury we look back on sentimentally as we enter dealerships with far fewer choices on showroom floors.

Fact is, carmakers are already altering their lineups to suit the pollution-reducing demands of governments globally. Take a look at South African new model price guides from 10 years ago, and it's plain to see that engine efficiency measures and capacity downsizing are in full swing today. Fully electric and hybrid options may be reserved for the premium segments at the moment, but more affordable offerings are no doubt headed our way. They will make emissions-free driving a reality for a much larger audience in the short term.

Another interesting possibility, and one I'm not ready to pin my opinion to just yet, is that the increase in popularity of ride-sharing could lead to far lower distances driven in personal vehicles, regardless of what fuel they run on and what features they're equipped with. This, in turn, could mean far better conditions of vehicles at the time of trade-in. While this may, in theory, lead to longer ownership cycles as cars will not deteriorate as quickly, I believe most cycles are determined primarily by warranty and motor plan durations.

In other words, car owners would trade out of their vehicles as after sales plans approach expiry, and these cars would, on average, have accumulated lower mileages than traditionally. This trend could be an absolute dream for pre-owned car sales franchises which rely on trade-ins as a feeder for the stock, and pre-owned car shoppers equally. Fantasy? Perhaps. But as the CEO of a pre-owned dealership franchise I've got my own rose-tinted crystal ball to look at the future through. 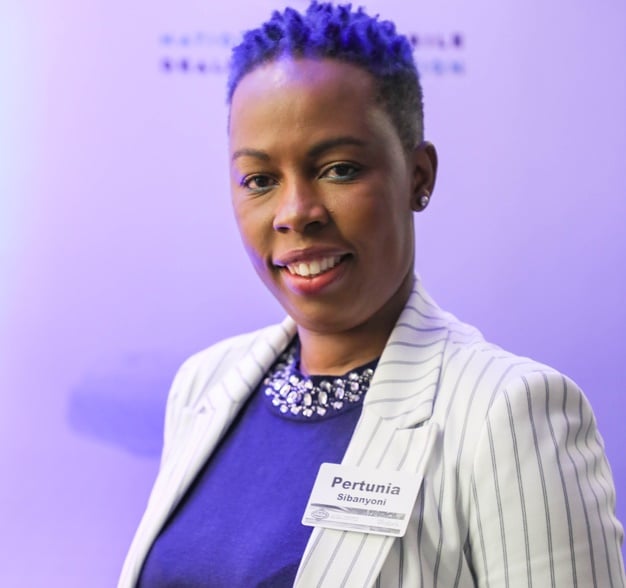 Pertunia Sibanyoni is the CEO of InspectaCar (Pty) Limited. She oversees business operations for both the franchise and financial services and is responsible for building the InspectaCar brand. Pertunia is a graduate of the University of Durban Westville and holds a Bachelor of Science degree, majoring in Psychology and Physiology, and a post graduate diploma and Honours in Marketing Management. She recently graduated from the University of Pretoria's Gordon Institute of Business Science (GIBS) and has added a leadership diploma to her qualifications.

We live in a world where facts and fiction get blurred
In times of uncertainty you need journalism you can trust. For only R75 per month, you have access to a world of in-depth analyses, investigative journalism, top opinions and a range of features. Journalism strengthens democracy. Invest in the future today.
Subscribe to News24
Next on Wheels24
SA car sales | Dealers could be in for a rough ride over the upcoming holiday season