• One of the country's biggest ever estate collector car auctions will take place on 5 December.

• Over 140 classic cars will go under the hammer, including rare several rare Mercedes-Benz cars.

• The collection of cars belonged to the late Louis Coetzer.

More than 140 classic and collectable cars – including a selection of rare vehicles from the world's largest private collection of Mercedes Benz motors representing six decades of German automotive design and engineering – goes under the hammer in Johannesburg on Saturday, December 5.

According to High Street Auctions Director and Lead Auctioneer Joff van Reenen, the sale comprises a portion of the collection amassed by the late Louis Coetzer.

"The sale on 5 December in proud association with Creative Rides will be one of South Africa's biggest ever estate collector car auctions; more than 140 original and pristinely-restored design classics that only a lucky few have ever seen first-hand. "Oom Louis" collection – more than 350 cars in total – has become something of a legend over the years as it outgrew barn after barn in Bloemfontein.

"His passion for and knowledge of Mercedes Benz collector cars in particular was unparalleled and it shows in the spectacular selection of Mercs that'll go on auction in December," Van Reenen says.

Among the vehicles going under the hammer at the Creative Rides showroom at the Post House Centre in Main Road, Bryanston, are: • A 1967 Mercedes Benz 230S Fintail Station Wagon, believed to be the only model of this kind in South Africa • A 1957 Mercedes Benz Ponton 190 Station Wagon, believed to be the only model of this kind in the country 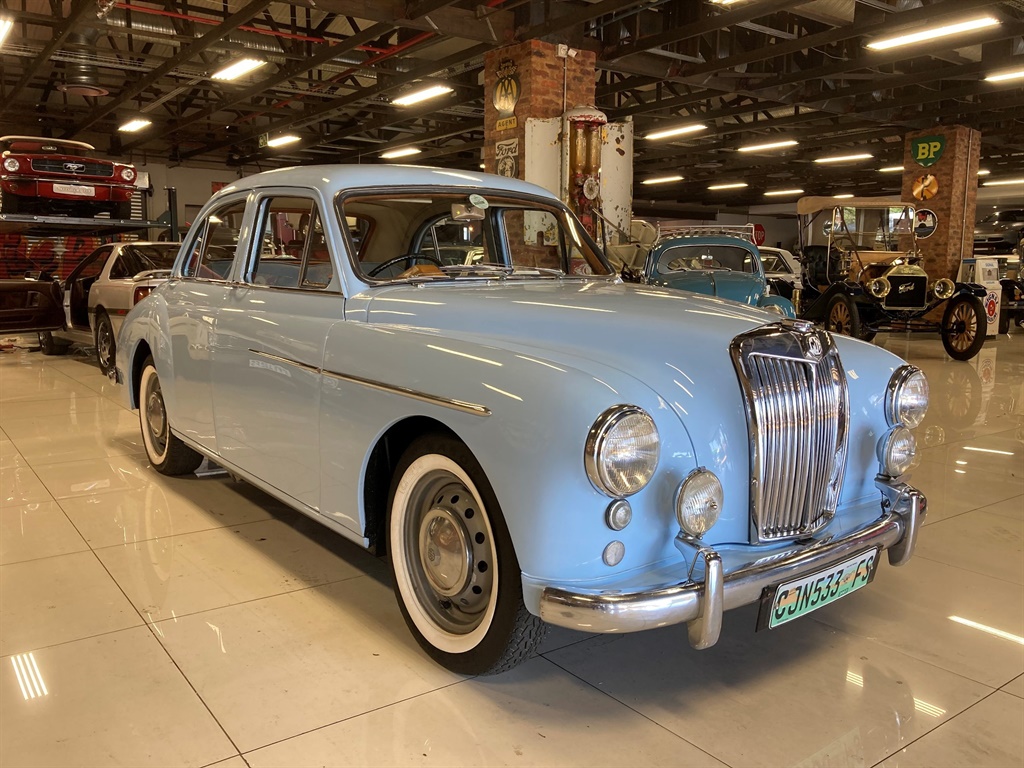 The decision to decide which cars will be auctioned has been a difficult process according to Louis' daughter Lida van der Merwe.

"A lot of people have opinions about my Dad's cars. Some suggested a museum as memorial, but I don't think they realised how many cars we were talking about," she says.

"It would be a full-time job; just too many cars and constant maintenance. The thing is, my Dad lived out his passion and he did actually have a museum in Bloemfontein, but the best part about the museum was my Dad's vast knowledge of cars and him having all the history in his head," Van der Merwe commented.

"He could tell you anything and everything about a car on his floor and unfortunately that is something we could never replicate. If the cars were left to stand, they deteriorate and if you knew my Dad you'd know that this would have saddened him," she concluded.

Virtual tour of every vehicle is available

Van Reenen says in a South African car auction first, virtual tours of every vehicle will be available online – from exterior walk-around to interior and engine bay tours.

The virtual tours have been created for national and international enthusiasts who can't travel to Johannesburg between Monday November 30 and Friday December 4 to view the cars at the showroom prior to the auction on 5 December.

The auction will be conducted live and virtually and via the High Street app at 11:00.

Visit www.highstreetauctions.com for an online tour of the vehicles.

We live in a world where facts and fiction get blurred
In times of uncertainty you need journalism you can trust. For 14 free days, you can have access to a world of in-depth analyses, investigative journalism, top opinions and a range of features. Journalism strengthens democracy. Invest in the future today. Thereafter you will be billed R75 per month. You can cancel anytime and if you cancel within 14 days you won't be billed.
Subscribe to News24
Related Links
Rare '57 Mercedes 300SL Gullwing fetches R20-million at auction
SA’s biggest vintage auction: Here’s what was paid for these rare classics
Next on Life
Sportech pioneer: Who was performance car guru Chad Wentzel?