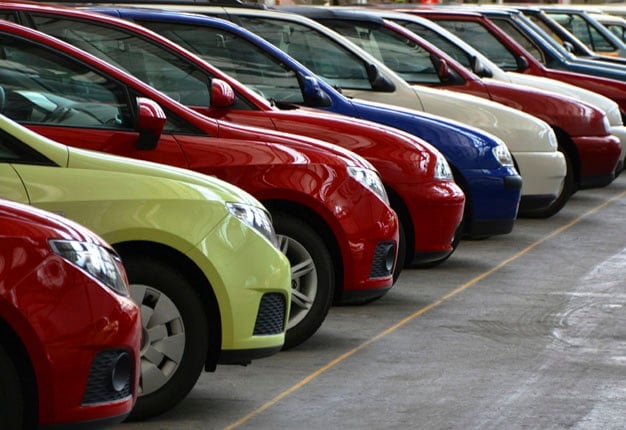 Upington - An Upington resident has been conned out of her car in an elaborate scam.

Nicoleen Burger, 63, told Netwerk24 that she had taken her vehicle to the Powerglaze car wash to be cleaned on Thursday morning, but it wasn't long before it "disappeared".

She often left her car there, she said, as it was across the road from her business.

She said the owner of the car wash, Piet Husselman, got a phone call from a woman later that morning, wanting to know if the car, a white VW Polo Vivo, was ready.

"She gave Oom Piet the car's registration number, CKY 362 NC, and he said it was ready," Burger said.

"However, something felt wrong. The woman told him she was standing with several packets at Checkers in the city centre and wanted them to take the car to her there."

The woman apparently hadn't given her name, but insisted that the car be brought there.

'Give me the keys'

Husselman hesitated because the woman's voice didn't sound familiar, but the woman was persistent.

Husselman apparently asked if she was Burger, to which she replied: "Yes."

Burger said she suspects that Husselman told the woman he'd send his driver, and gave the woman the driver's name.

The driver took the car to Checkers, where he was approached by a well-dressed woman. She called him by his name and said: "Give me the keys."

The driver did so and walked back to the car wash.

Have you been the victim of a 'car con' or conman? Email us

When he arrived, he told Husselman that the woman wasn't Burger and that it had seemed strange to him.

Husselman immediately went to Burger to ask if she'd called to ask him to deliver the car.

"When he walked into the office, I saw something was wrong with Oom Piet," she said.

"I told him that I hadn't phoned and that's when he said: 'Then your car has been stolen.'"

The police were called and the news spread like wildfire on social media.

Residents were asked to be on the look-out for the car, a white Polo Vivo.

Shortly after the incident a post on social media said the car had been found between Keimoes and Kakamas. However, police spokesperson Jacques September said it was a ruse to send the police on a wild goose chase.

A civilian police clerk, 35, was arrested in connection with the incident at 02:00 on Friday in nearby Louisvale.

The man will appear in court in Upington on a charge of car theft on Monday.

There is no more information on the woman who made the call and the car is still missing.

Anyone with information has been asked to contact Constable Colin Moses at the car theft unit on 054 337 3400.

We live in a world where facts and fiction get blurred
In times of uncertainty you need journalism you can trust. For only R75 per month, you have access to a world of in-depth analyses, investigative journalism, top opinions and a range of features. Journalism strengthens democracy. Invest in the future today.
Subscribe to News24
Related Links
More than 14 cars stolen in 1 month
Friend of missing Paarl woman to appear in Western Cape court
Wanted man held at court
Next on Wheels24
Suzuki SA celebrates a record-breaking 2020 in new vehicle sales