• The Fiat Fullback took care of a big upset in the South African used-car market.

It's been a good week in terms of content for Wheels24. From news and events around Formula 1 and Lewis Hamilton becoming a seven-time champion to driving and reporting on new vehicles, the content basket had a bit of everything in it.

1. No, not a Hilux or Ranger - you'll never guess what South Africa's most driven bakkie is

While we know that South Africa's favourite bakkies are a Toyota Hilux and Ford Ranger, these are not the bakkies that are driven the most in SA. That honour belongs to the Fiat Fullback. Listing bakkies with a 2019 registration year, AutoTrader reveals the top ten most driven bakkies in the country. According to its analysis, the Fullback adds, on average around 50 580km to its odometer per year.

George Mienie, AutoTrader CEO, says: "The ranking indicates the Fiat Fullback's perceived reliability as a workhorse. Owners are perfectly happy to put mileage on these willing and able commercial vehicles." November is a big month for Toyota South Africa, as they just launched the updated version of its second-generation Fortuner. Having been around since 2006, the SUV carved out a loyal following for itself and looks to continue the trend 14 years later. The new model features updates to both its exterior and interior, as well as alterations to its mechanicals (more power for the 2.8-litre diesel engine and subtle suspension tweaks).

Wheels24's Charlen Raymond said: "The new SUV addresses several issues slightly amiss in the previous model, and this should appease many a customer in the market for a new Fortuner."

3. EXPLAINER | Here's why SA's biggest estate of collector cars will not go into a museum

Imagine having owned more than 350 vehicles in your lifetime and knowing every bit of history on each car. This was the case with the late Louis Coetzer who's estate of collector cars will go up for auction on 5 December 2020. Coetzer had a vast selection of vehicles, including one of the biggest Mercedes-Benz collections in the world. 140+ of his vehicles will go up for auction early next month and his daughter, Lida van der Merwe, explains why they chose to go this route and not have the cars stand in a museum.

She said: "My father could tell you anything and everything about a car on his floor, and unfortunately that is something we could never replicate. If cars were left to stand, they deteriorate. And if you knew my dad, you'd know that this would have saddened him." 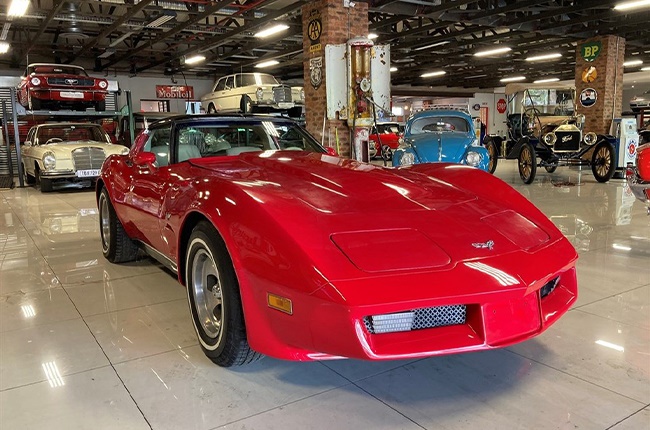 5. Looking for a new car? Here are five underrated vehicles you could buy in SA right now

There are plenty of vehicles to choose from in the South African carpool and over the last few months, the Wheels24 team drove a few of the underrated contenders. Editor Janine van der Post looks at several of these sometimes-overlooked contenders and adds her thoughts on each. The vehicles in her list include the Suzuki Ignis, Kia Seltos, Volvo XC60, Toyota Corolla, and Mahindra XUV300. 2020 Mahindra XUV300 1.5TD W8
Quickpic
We live in a world where facts and fiction get blurred
In times of uncertainty you need journalism you can trust. For 14 free days, you can have access to a world of in-depth analyses, investigative journalism, top opinions and a range of features. Journalism strengthens democracy. Invest in the future today. Thereafter you will be billed R75 per month. You can cancel anytime and if you cancel within 14 days you won't be billed.
Subscribe to News24
Related Links
DRIVEN | Toyota's updated Fortuner arrives in SA, complete with 150kW diesel engine
No, not a Hilux or Ranger - you'll never guess what South Africa's most driven bakkie is
EXPLAINER | Here's why SA's biggest estate of collector cars will not go into a museum
Next on Life
New electric vehicles too pricey? Here's what some used ones cost in SA's car market