Two of 2020's big powerhouses in the SUV game are coming up against each other. The arrival of BMW's X3 M Competition and Alfa Romeo's Stelvio Quadrifoglio (QV) were both expected with bated breath, and now, finally, we can compare them in equal settings.

Each of these SUVs come with a certain amount of expectation, and it warrants that you approach the match-up with a set of gloves that will give a just and accurate review of each. There are similarities between these two SUVs - like power outputs and drivetrain elements - but the way each SUV comes across could not be more different.

It is a typical case of Germany versus Italy. German precision versus Italian passion. And while each SUV can't be everything to everyone, they get their respective tasks done; nonetheless.

Which of these two SUVs would you choose, and why? Please email us. 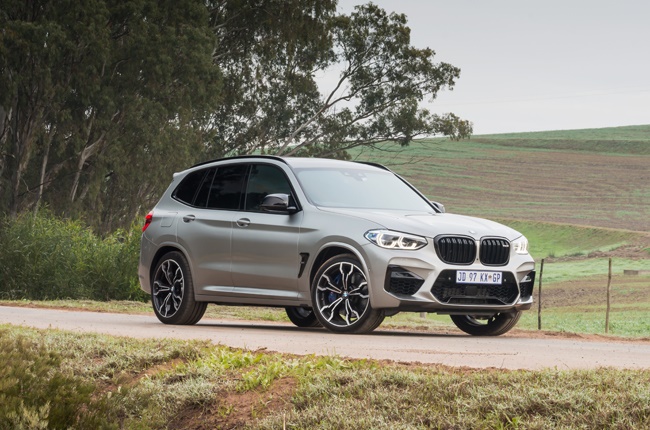 Both the X3 M Competition and Stelvio QV come with a set of exterior design bits that make them stand out. Each SUV carries its automaker's design ethos and is the finest expression of their respective model ranges. The Stelvio QV does not differ too far off the design of the rest of the Stelvio range. The grille is similar to the rest of the range, which creates a sense of familiarity.

The X3 M Competition, on the other hand, takes on a far more aggressive approach. The massive grille and large air intakes underline its M intent and give a clear warning to road users that this is an SUV not to be messed with. The package is rounded off by huge 21-inch tyres, whereas the Stelvio sits on 20-inches.

At the rear, both SUVs have quad-exhausts to round off the design. Interiors do their part

BMW and Alfa Romeo did their part to make sure that their SUV's interiors live up to expectation. Alfa made sure that from the moment you lay eyes on the Stelvio QV's cabin, you know that you are dealing with something special. The first thing one makes acquaintance with is the huge paddle shifters fixed behind the steering wheel. Coupled with the red starter button on the steering wheel, you are quickly assured of what to expect.

REVIEW: Alfa Romeo's Ferrari-powered Stelvio QV is a beautiful beast and all about Italian passion

The BMW has a slightly subdued interior space, with little give-away that it is the top model in the X3 range. Like the Stelvio, the steering wheel plays home to the gear shifters. Also on the steering wheel are two M buttons: M1 and M2. Each alters the car's dynamics but can be tuned to the driver's specifications.

Both SUVs offer various driving modes, albeit under a different naming system. For BMW, it's straightforward, ranging from Comfort to Sport Plus. Alfa has its DNA (Dynamic, Natural, Advanced Efficiency) system but offers an additional Race mode for greater fun behind the wheel. The seats on both SUVs are covered in leather, but the Stelvio adds Suede-Cloth to its arsenal, as well as Alcantara on the steering wheel. Now, this is where things get interesting. The X3 M Competition is powered by the latest iteration of BMW's in-line six-cylinder engines. The 3.0-litre motor develops 375kW and 600Nm and is coupled to an eight-speed automatic transmission that sends power to all four wheels. The Alfa deploys a Ferrari-sourced 2.9-litre V6 engine that produces the same amount of power as the Beemer. It, too, sends power to all four wheels via an eight-speed auto 'box.

The greatest difference between these two SUVs is how they put their power down to the road. The BMW feels precise, and the dynamic traits are pin-point predictable. Press on the accelerator and the engine reacts with very minimal turbo lag. The Stelvio does things slightly differently. It also responds vigorously to throttle inputs but garners a sense of liveliness. Smash through the gearbox, and a resonant sound is emitted from those quad exhaust pipes.

Both SUVs have something special to offer from behind the wheel, and each create a sense of extremity when pushing on. At R1 641 162 and R1 679 485, respectively, the X3 M Competition has the up on the Stelvio QV. It carries a slightly lower price tag and comes standard with features like a panoramic sunroof, auto-braking when it senses an imminent collision, head-up display, and electric front seats. From a price perspective, the BMW has the upper hand over its Italian counterpart.

But the Stelvio wins ground when you're pushing on. It creates a greater sense of involvement when driving and you feel urged not to leave the driver's seat. To the general buying public, the Alfa Romeo Stelvio QV may be the least popular between these two SUVs, but it will generate the biggest smile after every driving experience.

If you're in the market for a sports SUV in this price bracket, both the X3 M Competition and Stelvio QV live up to their expectation. And each makes a stellar case for themselves. 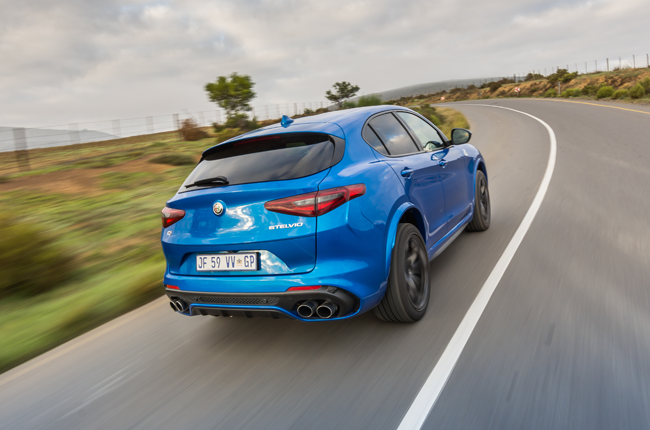 We live in a world where facts and fiction get blurred
In times of uncertainty you need journalism you can trust. For only R75 per month, you have access to a world of in-depth analyses, investigative journalism, top opinions and a range of features. Journalism strengthens democracy. Invest in the future today.
Subscribe to News24
Related Links
REVIEW | Alfa Romeo's Ferrari-powered Stelvio QV is a beautiful beast and all about Italian passion
Here's all you need to know about the all-new BMW X3 M and X4 M
Next on Wheels24
The car for us? New Corolla Cross Hybrid more than just an 'alternative' vehicle