We descended upon George in the Garden Route of the Western Cape for the launch of the 2019 Ford Ranger.

Apart from an array of subtle visual, comfort and technological updates, the range also sees the introduction of the new 2.0-litre turbo diesel engine. It is blown by a single turbo on the XLT derivative or doubly boosted via bi-turbo on the Wildtrak, the flagship model until the Raptor arrives in May.

Whether you’ve opted for the 157kW/500Nm Wildtrak or the 132kW/420Nm XLT, both are served by a new ten-speed automatic gearbox, the first of its kind in a double cab. This makes for better power delivery and fuel economy (10% improved).

Another payoff is a towing capacity that has jumped up from 2.5 tonnes to 3.5 tonnes - a not inconsiderable leap. The Ford Ranger receives a new front grille and bumper, plus a jewelry update with LED fog lights and HID headlights now with integrated Daytime Running Lamps. The cabin is suitably darker, with the Wildtrak now getting the black leather treatment. Good, as this was the model I chose to drive on our 300km or so meander both on the asphalt and gravel network into the mountains where we even got to test its rock climbing prowess.

We’ll get to its off-road ability just now, but first it’s worth noting the new SYNC 3 infotainment system on offer; now with Apple Car Play and Android Auto. You also have keyless entry and a Push to Start button with Ford’s new Smart Key.

But perhaps my favourite upgrade resides at the back with an ‘easy-lift’ tailgate that has been endowed with a torsion rod to give it a 70% reduction in lift force. Nifty. You can get yours in one of nine different colours including two new ones, Diffuse Silver and Blue Lightning. The Sabre Orange on the Wildtrak is also new, but exclusive to Wildtrak – yours with this engine for R678 200.

Ford South Africa is aware of the fact that their workhorses, the single and super cab Rangers, need to be more competitive to take on the likes of the Hilux and so have also been given a host of updates, as well as favourable pricing. But how does it go?

The Ranger is a big car and feels like it on the road, as well as on the dirt with a weighted helm and a powertrain that swells rather than pounces. Still, it is an easy thing to live with and when I was eventually relegated to the XLT model can report that it too was up to the task of crushing hundreds of kilometres of tarmac and terrain with similar verve and zero discrimination, despite being short one turbo.

When pointed to the tricky 4x4 section (the Outeniqua mountain range, specifically), the Rangers impressed with their tenacity. Stick it in 4L, feed it some throttle and steer it over pretty much anything along our route, no doubt made easier thanks to a tweaked suspension.

Our pick of the litter, therefore, would have to be the Ford Ranger 2.0 Turbo XLT 10AT 4x4 at R570 200. At R100 000 less than the Wildtrak you sacrifice one turbo and some options, but lose almost nothing in ability, performance and technology.

But then, ask us again once the Raptor arrives. 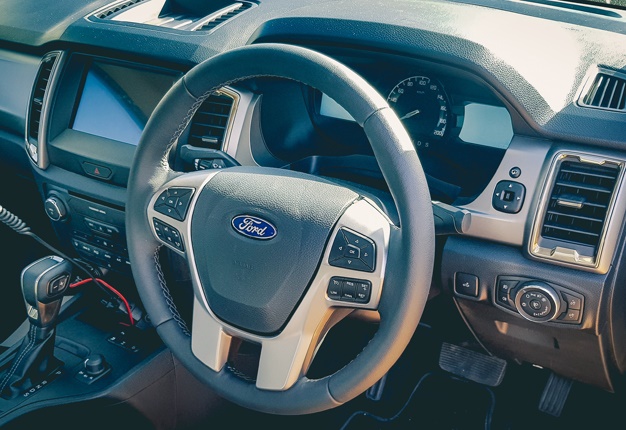 We live in a world where facts and fiction get blurred
In times of uncertainty you need journalism you can trust. For 14 free days, you can have access to a world of in-depth analyses, investigative journalism, top opinions and a range of features. Journalism strengthens democracy. Invest in the future today. Thereafter you will be billed R75 per month. You can cancel anytime and if you cancel within 14 days you won't be billed.
Subscribe to News24
Related Links
Ford Ranger updated, features new engines and 10-speed gearbox
SA bakkie battle: Ford begins building its next-gen Ranger in Pretoria
Next on Wheels24
FIRST DRIVE | Watch out, Hilux! Ford's new Ranger likely to turn SA's bakkie game on its head