East vs West: Haval's new Jolion must challenge the T-Cross, 2008 to win over the market

• The Jolion comes up against stiff competition in the highly contested compact SUV/crossover segment.

• The Peugeot 2008 and Volkswagen T-Cross are amongst its toughest rivals.

With the Haval Jolion having made its local debut, the Chinese SUV will be looking to establish itself as a reckoned contender in the overcrowded compact crossover/SUV segment. Haval, however, believes that they have a strong package in the Jolion to make its voice heard and has, subsequently, thrown everything bar the kitchen sink at its new contender.

Five models make up the Jolion line-up, and all are powered by a 105kW/240Nm 1.5-litre turbo petrol engine that sends power to the front wheels via either a six-speed manual or seven-speed automatic transmission.

The following vehicles are the Jolion's biggest challengers in South Africa, and the SUV from the East would have to pull out all the stops if it is going to take the fight to the leaders.

In your opinion, which compact crossovers/SUVs are the Jolion's biggest rivals? Email us or use the comment section below. The Frenchie and the German

The Jolion has several contenders to stave off, but perhaps its biggest challengers come from across the pond in Europe. The first is Volkswagen's T-Cross. The T-Cross range consists of seven models, priced from R345 700 for the 1.0 TSI 70kW Comfortline to R458 000 for the 1.5 TSI 110kW R-Line. The 1.0TSI 85kW Comfortline R-Line (R385 700) is perhaps the Jolion's closest rival, even if it has less power and priced at almost R13 200 cheaper than the most expensive Jolion.

The 1.0-litre three-cylinder engine in this specific T-Cross offers 85kW/200Nm and sends its power to the front wheels via a seven-speed automatic transmission. The SUV is also well-specified but does not feature leather seats, heaters for the front seats, and a head-up display.

The T-Cross' service plan runs for 3-years or 45 000km, while the warranty is valid for 3-years or 120 000km. Thanks to Volkswagen's extensive dealer network, the T-Cross is enjoying sales success locally. Against the Jolion, we'd have to look at the 2008 1.2T 96kW Active. Priced at R399 900, it is R1000 more expensive and 9kW/10Nm down on the Jolion's power outputs (105kW/240Nm vs 96kW/230Nm). A six-speed automatic gearbox sends power to the front wheels, allowing for some brisk performance. The list of standard equipment is comprehensive and should appease many an owner. 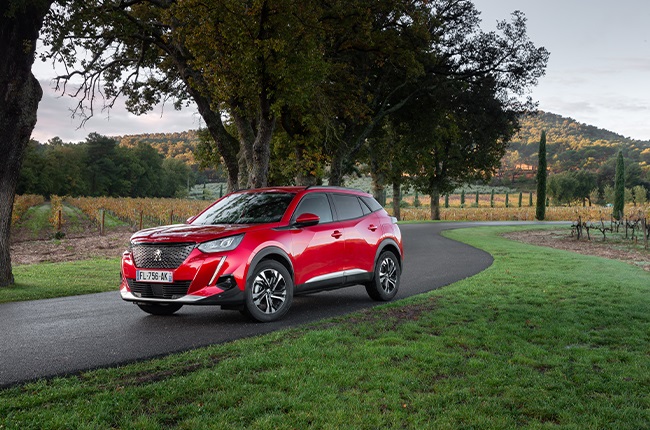 2021 Peugeot 2008
Peugeot Media
We live in a world where facts and fiction get blurred
In times of uncertainty you need journalism you can trust. For 14 free days, you can have access to a world of in-depth analyses, investigative journalism, top opinions and a range of features. Journalism strengthens democracy. Invest in the future today. Thereafter you will be billed R75 per month. You can cancel anytime and if you cancel within 14 days you won't be billed.
Subscribe to News24
Next on Wheels24
PHOTOS | Another look at Jeep SA's new R1.2million Gladiator bakkie