• Nissan NP200 the only half-tonner in SA

• Volkswagen has half-tonne bakkie in Brazil

South Africans love bakkies, even small ones. Whereas the American and Australian bakkie markets are obsessed with wheelbase size and engine power, South Africans recognise the value of an honest little bakkie.

Nissan's 1400 Champ became a legendary utility vehicle during its four decades in the local market. That success prompted Ford and Mazda to launch the front-wheel drive Bantam and Rustler. In the late 1990s, Opel entered the market with its Corsa Utility.

Even ordinarily disorganised Fiat created a business case for small bakkies in South Africa, with its Strada.

Why, do you think, are automakers not selling half-tonne bakkies in SA? Email us. Where did the small bakkies go?

By the time Nissan retired its 1400 in 2008, the South African compact bakkie market was humming. Mazda might have exited, but Ford's Bantam was competing bitterly with Opel's Corsa for local budget bakkie spend. Those South Africans who were trying to start their own business on a modest capital base and required a bakkie found a perfect vehicle solution in the available half-ton offerings.

A significant portion of local compact bakkie sales in the late 2000s were also to leisure buyers, who required a loadbox to accommodate their outdoor or watersport hobbies. Some even attempted an early version of rudimentary VanLife, touring in Bantams and Corsa Utilities with a canopy and a mattress.

If the local bakkie market was so strong in the late 2000s, why is there only one option left in 2020? It is perhaps fitting that Nissan, who can claim credit for maturing the tiny bakkie concept in South Africa, has outlasted all rivals, with its NP200.

For many South Africans, a one-tonne bakkie is too large and ungainly, or simply beyond the realm of affordability. Supporters of the small bakkie product philosophy struggle to understand why South African customers are being denied, what is available in other markets. 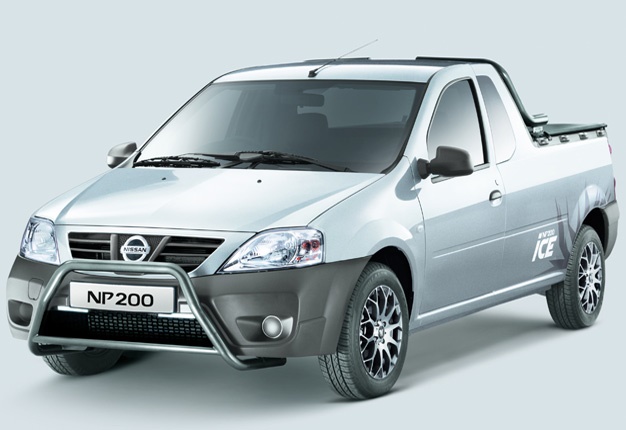 VW's Saveiro and Renault's Duster Oroch are two compact bakkies which are often tabled as examples of what South Africans want to buy, but can't. Potentially even more frustrating is Fiat's new Strada, revealed early this year.

All these bakkies have compact dimensions, making them easy to drive and park in a densified urban area. Cabin architectures are also decidedly car-like, yet they retain a functional loadbox and adequate carrying capacity, ranging between 600- 680kg.

If the Saveiro, Oroch and Strada are exactly what South African compact bakkie buyers want, why can't we get them? Numbers. That's why.

READ: Dear automakers, please bring back a couple of half tonner bakkies for the people of SA

Fiat sells more vehicles a year in Brazil, that all automotive brands combined, sell in South Africa. You can, therefore, understand how that scale enables the Italian brand to answer Brazilian demand for a Fiat compact bakkie. It is a similar logic with VW. The German brand sells more bakkies in Brazil per year than Toyota does. If Brazilians want a Saveiro half-ton bakkie, VW happily obliges.

The reason that Nissan has been able to continue servicing the local market with NP200 is because they are built here. Our demand volumes could never justify the frictional cost of sourcing NP200 from an overseas assembly plant. The unfortunate truth is that South Africa's compact bakkie market is simply too small, to create a business case for the retooling required, to produce right-hand drive versions of the Saveiro, Oroch or new Strada.

Will this ever change? It is unlikely. But if the world's other significant right-hand drive bakkie market, Australia, suddenly demands half-tonne bakkies, there could be a joint business case between the Lucky Country and South Africa. Fiat Strada. (QuickPic)
We live in a world where facts and fiction get blurred
In times of uncertainty you need journalism you can trust. For 14 free days, you can have access to a world of in-depth analyses, investigative journalism, top opinions and a range of features. Journalism strengthens democracy. Invest in the future today. Thereafter you will be billed R75 per month. You can cancel anytime and if you cancel within 14 days you won't be billed.
Subscribe to News24
Related Links
LETTER | Dear automakers, please bring back a couple of half tonner bakkies for the people of SA
These three half-tonne double-cab bakkies could do exceptionally well in SA
Next on Wheels24
FIRST DRIVE | Watch out, Hilux! Ford's new Ranger likely to turn SA's bakkie game on its head