<b>ALMOST A 1000NM: </b> Steves Auto Clinic has made a conversion for the Toyota Land Cruiser VX200 enabling the monster off-road vehicle to produce more than 900Nm. <i> Image: Motorpress </i>

Cape Town - The engineers at Steves Auto Clinic (SAC) have long suspected that the 4.5 D-4D V8 turbodiesel engine lurking beneath the bulging bonnet of the Toyota Land Cruiser VX200 could offer much more.

There must be more to this imposing off-roader than the 173kW/615Nm that the turbodiesel engine is rated for when it leaves the factory in Japan. It is after all a V8 fitted with two turbos, so gaining extra power shouldn't be a problem.

After countless hours spent on the dynamometer SAC has found a way to unleash the Toyota Land Cruiser VX’s hidden power. So much power was lying in reserve; they decided to call this power upgrade, “The Beast”.

“The Beast” has an incredible 20% more power and 50% more torque for a total of 200kW and 900Nm on tap. These are torque levels usually reserved for heavy trucks and supercars!

SAC worked with teams from Dastek Power and Unichip to develop, test and fit the world’s best performance enhancing chips.

What is more, this Unichip Plug and Play conversion offers five different engine maps (programmes) that have all been tested and proven in South African conditions by the SAC test engineers.

The first map allows for a standard operation, which is exactly as the engine left the factory. Next up is a special map that changes the V8’s character to prioritise fuel economy, this is a very popular choice for city dwellers stuck in regular traffic. 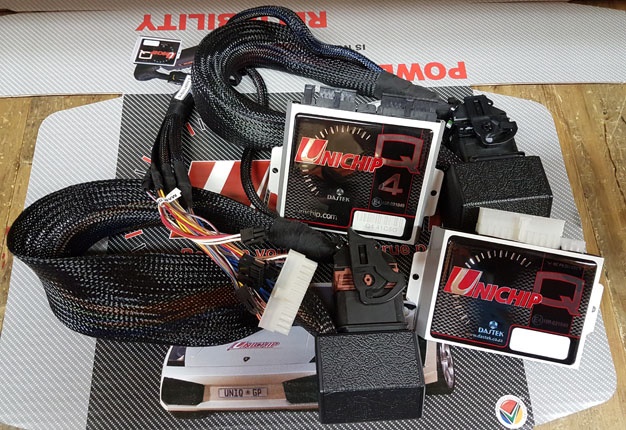 Then the off-road and towing selection, which completely changes the engines’ operation to befit low-down grunt and which makes the engine very responsive to even the slightest touch of the accelerator.

SAC says Map 4 and 5 will unleash "The Beast" from its cage. In Map 4 you have access to that deep well of extra power, and you will immediately feel the change in acceleration and top speed.

Dare to choose Map 5 and you will suddenly understand why Stephen Fischer, SAC Group Founder, and SAC have been considered the performance specialists for more than 30 years. In Map 5 mode you will find yourself pushed back in your backrest as the big and bulky 200 Series suddenly forgets about its weight, ignores the laws of physics and bolts forward.

Concludes Fischer: “We increase the power in several stages and we can offer the Land Cruiser VX200 Series owner a Unichip and dynamometer fitment, a new big bore exhaust and other specialist tweaks that gradually build up the power to its ultimate level."

We live in a world where facts and fiction get blurred
In times of uncertainty you need journalism you can trust. For 14 free days, you can have access to a world of in-depth analyses, investigative journalism, top opinions and a range of features. Journalism strengthens democracy. Invest in the future today. Thereafter you will be billed R75 per month. You can cancel anytime and if you cancel within 14 days you won't be billed.
Subscribe to News24
Next on Wheels24
WATCH | Ford's 'Rainbow' Raptor at the 2022 at the Goodwood Festival of Speed