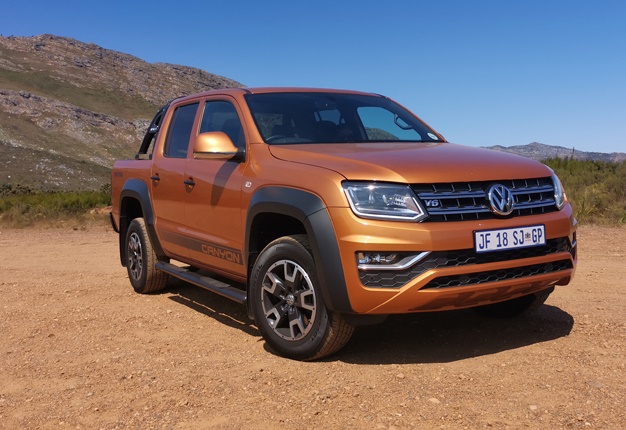 In 2010, when Volkswagen first launched its Amarok bakkie, South Africans were pretty unforgiving towards the bakkie. Both the media and the buying public scoffed at the idea of a Volkswagen double cab bakkie. Not because the automaker decided to build one - remember, they sold the caddy bakkie locally - but because it was powered by a turbocharged 2.0-litre diesel engine.

"What?!" did we all say upon hearing the news, because how on earth can it compete against the 3.0-litre engines doing duty in the Toyota Hilux and Ford Ranger. Hilarious!

Yet, VW pressed on and they pushed through. Nothing could deter them from their end-goal, which was to offer something different to what’s on the market. And you must commend VW for sticking to their guns, because by doing so they pulled off a miracle (of sorts). The Amarok, today, is one of the new benchmarks in our highly competitive bakkie market, and it’s a reckoned rival to the Hilux and Ranger.

Do you own a Volkswagen Amarok? Email us and share your ownership experiences. It was a running joke, of sorts, to see Volkswagen playing the bakkie game with such a small engine. Available with one turbo, the engine delivered 90kW and 340Nm, while the same engine with bi-turbocharging was good for 120kW and 400Nm.

The latter's power figures compared well with the Ranger and Hilux's 3.0-litre engines of the time, but the issue was that the engine would take strain when the bakkie is loaded. Or so we thought.

Over the years, VW developed the engine to the point where the single turbo version develops 103kW/340Nm, and the bi-turbo unit 132kW/420Nm. Both engines are mated to either a six-speed manual gearbox or an eight-speed automatic unit.

While the 2.0-litre began growing on customers, Volkswagen knew that it had to expand the engine line-up. Again, instead of looking at four-cylinder options, the automaker gleaned over to its parts bin and fitted a massive 3.0-litre V6 diesel engine over the Amarok's front axle. This happened in 2017.

The aforementioned "What?!" was replaced by "WHOA!", as finally there is a V6 diesel engine in your mainstream bakkies. Suddenly, 165kW and 550Nm were at owners’ disposal, but for 10 seconds on overboost, power increases to 180kW/580Nm! The eight-speed automatic gearbox was, and still is, the sole gearbox option.

The creamy 3.0-litre engine is smooth, it runs without fail, and has ample of torque in reserve to stay ahead of the curve. Now the Amarok has more to offer, it has greater freedom of choice, and buyers who were previously skeptical of the 2.0-litre motor could now opt for the new engine.

Whereas the Ranger and Hilux opted against anything with more than four-cylinders for their diesel-powered bakkies, the Amarok V6 had no real rival, except for Ford’s 3.2-litre five-cylinder diesel engine and the Nissan Navara's now-discontinued 3.0-litre V6 diesel. Still, the Amarok V6 offered a smoother drive and greater power delivery. Like the 2.0-litre in 2010, the V6 bakkie turned the market on its head. And suddenly people really took note of it. Over the last decade, the Amarok also saw numerous special edition models join the range. More recently, the Dark Label and Canyon models joined the range, available on the 2.0-litre and 3.0-litre models, respectively. The mechanical underpinnings remain unchanged from the models they are based on, but the biggest changes are mechanical.

At R709 700 for the Dark Label and R815 000 for the Canyon, the bakkies carry quite a premium over their direct rivals. But VW South Africa knows that they are not competing against the Hilux and Ranger for sales. They’ve carved a niche in our market and cater to a very specific audience who acquire an Amarok for their lifestyle needs.

It’s a smart move, because the ride quality and ease of driving accompanying these bakkies are impressive. Despite being a decade old, the Amarok is still endowed with traits and features to make it a reckoned alternative to the (much newer) Hilux and Ranger. But as far as special edition bakkies, Volkswagen knocked the needle on the head. What's next for Amarok?

The Amarok's outlook could look slightly different in the next few years, because VW and Ford have gone into partnership to build their next-generation bakkies on the same architecture. How this will influence both bakkies’ DNA remains to be seen.

But for the Amarok, the future looks bright. The bakkie came with many firsts over the last ten years and it will surely continue with that trend. It's 2.0-litre engine paved the way for Ford to bring its own bi-turbo unit to market, while Isuzu will try and best both bakkies with its own 1.9-litre turbo diesel engine come then end of the year.

The V6 engine in the Amarok will be replaced by a more powerful unit (190kW/600Nm) over the course of 2020. And that engine, thanks to previous experiences in the VW Touareg, is a peach of a unit that will elevate the Amarok’s position.

In all, the Volkswagen Amarok is perhaps the best lifestyle bakkie on sale in South Africa today. And if VW continues to 'spoil' the consumer with special models like the Dark Label and Canyon, the bakkie's future will be secured. Volkswagen Amarok Canyon. Image: Wheels24 / Charlen Raymond
We live in a world where facts and fiction get blurred
In times of uncertainty you need journalism you can trust. For only R75 per month, you have access to a world of in-depth analyses, investigative journalism, top opinions and a range of features. Journalism strengthens democracy. Invest in the future today.
Subscribe to News24
Related Links
DRIVEN | Could the VW Amarok Special Edition Canyon V6 be the best bakkie of them all?
DRIVEN | That other bakkie - Volkswagen's Amarok V6 TDI
Next on Wheels24
14 years of dominance - These are the SUVs Toyota's Fortuner continuously trumps in SA