Mitsubishi is ending production on a legend: Five reasons we will miss the Pajero

• Mitsubishi is ceasing production on its Pajero.

• The Pajero will still be on sale in SA until it is sold out.

• The Pajero is a first-choice vehicle for many off-roaders.

Some of the most loyal 4x4 customers are Mitsubishi's Pajero owners.

Sadly, things are taking a sad turn for this dedicated group of off-road enthusiasts, as production of the Pajero 4x4 has been confirmed to end in 2021 - with no direct replacement pending.

Mitsubishi South Africa still has some inventory of the Pajero, but in Japan, the production facility is planning towards its closure. It has been confirmed that imports of Pajero to the local market will continue for as long as possible.

Here are five things which made the Pajero so revered - and will make us miss it after the final one is built. If you don't have to transport five people and all their gear, a short wheelbase 4x4 is wonderfully more capable off-road than any longer five-door bodyshell. It is also a lot more agile to drive and easier to park around town or the suburbs, thanks to the more compact dimensions.

Mitsubishi is the only brand which continued to sell its short wheelbase 4x4, after the original Defender 90 was discontinued and Toyota stopped importing three-door Prados. In the last decade, there has been a huge advancement in off-road driver assistance systems. All manner of cleverly calibrated traction control makes it easier than ever for novice off-roaders to navigate technically challenging terrain.

But the mechanical genius of Pajero's Super Select 4x4 system was never rivalled. Its secret? The ability to run a locked centre-differential in high-range. Most rivals would allow you to lock the centre differential in low-range, but not at high speeds. Super Select made the short wheelbase Pajero an outstanding dune driving 4x4. 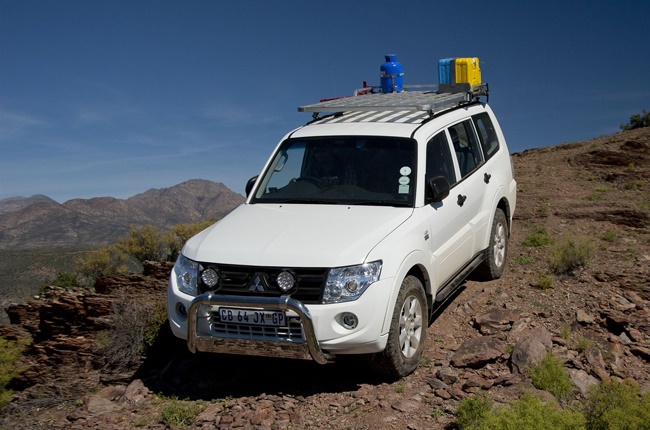 Most contemporary six-cylinder turbodiesel engines found in large SUVs are enormously powerful and return excellent cruising speed fuel consumption. In comparison, the Mitsubishi 3.2-litre is too noisy and at 140kW, comparatively underpowered for its displacement. But its durability has never been in doubt.

If you need a touring turbodiesel engine, which can cope with indifferent fuel quality, the Pajero's 3.2 DID is outstanding. These engines are capable of huge mileages with minimal admin and a crucial part of the Pajero's legendary standing with overland touring enthusiasts. 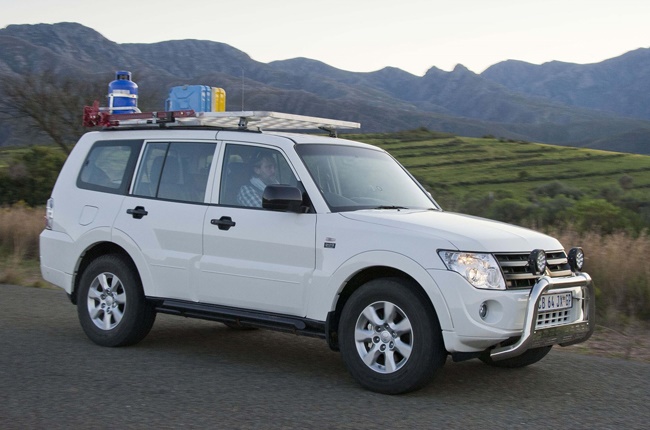 When you mention the word "Evo", most enthusiasts immediately think of four-door Lancers. But Mitsubishi's truest Evo was the Pajero version. Built as a homologation project for its hugely successful Dakar off-road racing programme, the Pajero Evo was a true high-performance all-terrain vehicle, long before Ford had any idea for the Raptor.

It featured oversized fender extensions, reshaped bumpers and aerodynamic winglets around the tailgate. Amazingly, the Pajero Evo drove even better than it looked. Mitsubishi's powertrain engineers reworked the 3.5-litre V6 to produce 205kW, with an engine-speed ceiling of 8 000rpm. Those were numbers that were simply unheard of for an SUV in the late 1990s. 5 Spare at the back

Real off-road adventurers will tell you that a spare wheel should not be mounted underneath your vehicle or stowed inside. It should be in a place where it's easily accessible and does not impede the vehicle's departure angle.

Mitsubishi's Pajero has always continued the great tradition of having a tailgate-mounted spare wheel. It might create some additional aerodynamic drag and slightly raise the Pajero's centre of gravity, but also avoids having to crawl underneath and fiddle with a release mechanism. And when you have flatted in rocky terrain, that makes a massive difference to the effort of changing a wheel.

Have you owned a Mitsubishi Pajero? Please email us to share your story and images with us. Email us. We live in a world where facts and fiction get blurred
In times of uncertainty you need journalism you can trust. For 14 free days, you can have access to a world of in-depth analyses, investigative journalism, top opinions and a range of features. Journalism strengthens democracy. Invest in the future today. Thereafter you will be billed R75 per month. You can cancel anytime and if you cancel within 14 days you won't be billed.
Subscribe to News24
Related Links
Review | Mitsubishi's impressive Eclipse Cross 1.5T
Next on Life
Why Ford's new Ranger Raptor matters: Is this the bakkie that changes the market for SA?