As part of JLR’s Destination Zero mission, this is the next step in shaping its future mobility goals: zero accidents, zero emissions and zero congestion.

The new powertrain will consist of a turbocharged 1.5-litre three-cylinder petrol engine that’s connected to an all-electric motor.

The system can operate on electric power alone, both power units can operate in tandem, or the internal combustion engine can function on its own. The new technology is being introduced in the latest-generation Evoque and comprehensively updated Discovery Sport, making them among the most cost-efficient compact premium SUVs available.

Both the Evoque and the Discovery Sport are built on Land Rover’s Premium Transverse Architecture, which was designed from the outset for both plug-in and mild-hybrid technologies. The hardware has been packaged beneath the cabin floor without compromising cabin and luggage space, or all-terrain capabilities, says the automaker.

Battery charging is made as easy as possible, whether the vehicle is on the move or plugged in. While being driven, energy generated by the engine during acceleration, or by braking in electric or hybrid mode, is harvested and used to charge the battery.

When plug-in charging is required, the 15kWh battery can be powered up from zero to 80% in as little as 30 minutes using a public rapid charger. It takes between 1 hour and 24 minutes and 6 hours 42 minutes at home, depending on whether the car is plugged into a dedicated wall box or typical domestic electricity supply.

On electric power alone, both vehicles can cover up 66km when the battery is fully charged. The company's new 147kW 1.5-litre three-cylinder Ingenium petrol engine is at the heart of its latest plug-in hybrid system. Designed, engineered and manufactured in-house, the lightweight aluminium engine is 37kg lighter than even the four-cylinder version.

The engine, says JLR, has a fuel economy of as low as 1.4-litres/100km - depending on model - when working in tandem with the hybrid electric technology.

Nick Rogers, Jaguar Land Rover executive director of product engineering, said: "Designed, engineered and manufactured in-house, the modular, scaleable and flexible architecture of our Ingenium family has allowed us to create a pioneering, three-cylinder plug-in hybrid system, giving our customers more choice than ever before.

"Thanks to the dedication and hard work of our Jaguar Land Rover family, our latest plug-in hybrid offers the same awesome capability and composure with all-electric driving and stunning efficiency, both on- and off-road." 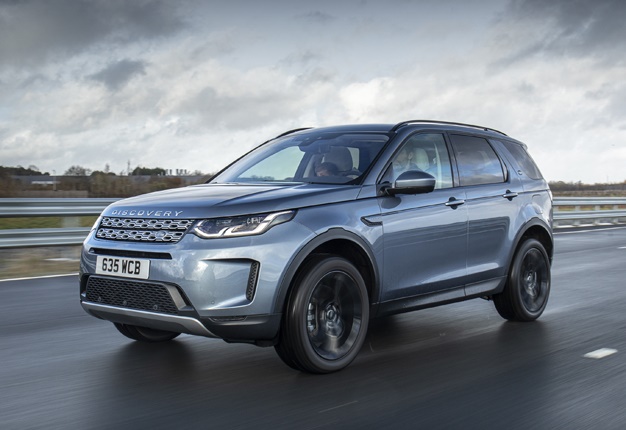 We live in a world where facts and fiction get blurred
In times of uncertainty you need journalism you can trust. For 14 free days, you can have access to a world of in-depth analyses, investigative journalism, top opinions and a range of features. Journalism strengthens democracy. Invest in the future today. Thereafter you will be billed R75 per month. You can cancel anytime and if you cancel within 14 days you won't be billed.
Subscribe to News24
Related Links
Now in SA! Land Rover's updated Discovery Sport is a big step up
Next on Wheels24
FIRST DRIVE | Watch out, Hilux! Ford's new Ranger likely to turn SA's bakkie game on its head

Get the newsletter
Lockdown For
DAYS
HRS
MINS
Brought to you by
Voting Booth
Do you think Mercedes will return to form later in the 2022 F1 season after two poor races?
Please select an option Oops! Something went wrong, please try again later.
Yes, don't discredit them.
33% - 452 votes
Who cares, F1 is exciting again!
44% - 592 votes
No, it's Ferrari's turn to dominate again.
23% - 313 votes
Previous Results
Car Doctor
How much it costs to replace tyres if you buy one of SA's 5 most popular vehicles