OPINION | Volkswagen is on the right trajectory with its upcoming ID.4 electric SUV • Volkswagen is taking serious steps towards an electric future.

• The ID.4 SUV is part of the company's future's vision.

• The ID.R re-imagined what we thought electric vehicles to be.

The future, though, is not just about producing the best-possible electric vehicle, but to save the planet in the process.

The latter might seem somewhat ironic, given the diesel gate scandal, Volkswagen found itself in just a few years ago. For those who are not aware, VW cheated on emission tests and gave false readings on the harmful gasses its diesel vehicles emitted.

Ultimately, thousands of VW owners sued the German automaker, and the company was fined hefty amounts for falsifying the data. It wasn't just Volkswagen, but Audi and several automakers who fall under the Volkswagen Group, too. Dieselgate was not a pleasant episode in the Volkswagen Group's history, and the big boss at the time, Martin Winterkorn, was charged with several charges of fraud. He has since left the company, but the damning effects of his actions are still felt.

But under new management, Volkswagen took the bull by the horn and began a restructuring process that would have the automotive world take note.

After dieselgate, the world was pushed - perhaps faster than expected - into a new era. An electric era. For VW to right the wrongs of its immediate past, it had to do something, which brought about the ID.R - an all-electric sports car.

The ID.R was immense in every way and had the performance to match the very dramatic design. It was the catalyst for Volkswagen to embrace electric mobility and 1) gain the trust of the automotive world, and 2) put diesel gate behind them.

Would you buy a VW electric vehicle when it becomes available in SA? Email us with your thoughts. 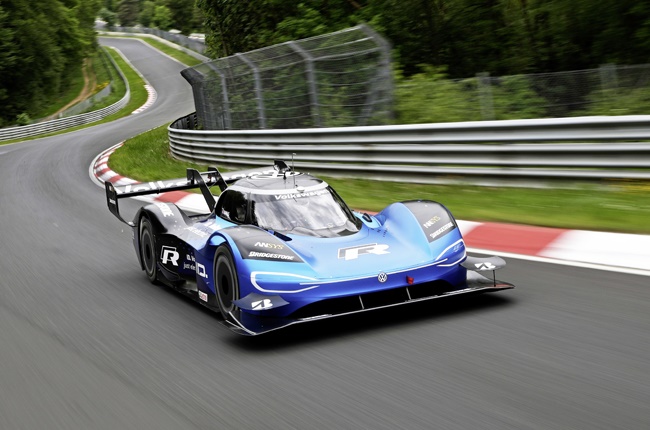 As part of its new direction, Volkswagen will bring several electric vehicles to market, albeit fully electric or hybrids. In addition, its electric range will consist of vehicles that fall, predominantly, in the crossover or SUV ranges. The reason for that is simple. SUVs are the staple food of the automotive world at the moment, and so, too, is electrification.

For a big automaker like VW to merge the two trends, it can only culminate in a successful venture. The ID.4, a new all-electric SUV by Volkswagen, will be one the chargers for the German automaker. And if pricing is spot on, buyers would flock to buy it - which would make diesel gate and the carnage it left behind a distant memory.

When it comes to market, it is expected that the ID.4 will be offered in both rear- and all-wheel-drive configurations. For the rear-wheel-drive model, the battery that will power the rear axle is projected to produce 150kW and 310Nm of torque, while the AWD model could produce a total system output of 225kW and 450Nm. The maximum electric range could be as much as 500km.

If the ID.4 is to make its South African debut, expect it to go up against the likes of Nissan's new Ariyah - an electric SUV that is under serious consideration for our market. Note: According to Carscoops, these are uncensored images of the ID.4. Available in X and Cross models, the ID.4 is expected to launch in China before the end of 2020 (Carscoops)
We live in a world where facts and fiction get blurred
In times of uncertainty you need journalism you can trust. For 14 free days, you can have access to a world of in-depth analyses, investigative journalism, top opinions and a range of features. Journalism strengthens democracy. Invest in the future today. Thereafter you will be billed R75 per month. You can cancel anytime and if you cancel within 14 days you won't be billed.
Subscribe to News24
Related Links
Hybrid vehicles are impressive, but spark taboo subjects no one has spoken about until now
Volkswagen’s modus operandi - All the new passenger vehicles scheduled for SA in 2020
Next on Life
New Ford Ranger bakkie exports help sail the South African flag abroad