As the debate rages about whether the new Defender is, in fact, worthy of its name, Land Rover loyalists should perhaps consider some context.

Any vehicle with the kind of loyalty and devotion that Defender enjoyed, will generate criticism when it is replaced.

If we consider other off-road capable model lines which have had an unbroken succession of product - such as Ford’s F-150 and Toyota’s Hilux - the current versions are very different from 20 years ago.

And they are almost unrecognisable when parked next to an F-150 or a Hilux from the 1970s.

Land Rover was never going to be able to produce a perfectly modernised Defender. The ageing platform simply had to be replaced. For decades Land Rover had successfully marketed the Defender on its reputation for unbreakable off-road ability. Sure, the mechanical and electric bits could be bothersome, but you never heard of a Defender’s frame cracking.

The Defender always had a fundamentally robust base; featuring an oversized steel ladder frame chassis. The new one is made almost entirely from aluminium, which is ironic, as Land Rover used aluminium body panels on the original Defender, due an oversupply of this new alloy after the Second World War.

Defender traditionalists will question the evolution from a steel frame to an aluminium monocoque, but Land Rover’s best defence for this position is its production portfolio. When the Range Rover transitioned from body-on-frame construction to a monocoque in 2002, it hardly impacted off-road ability.

The first two generations of Discovery rode on steel ladder-frames, but since Discovery3, all have been aluminium monocoques of varying integration. And is there really a question about the structural durability and off-road ability of a Discovery? 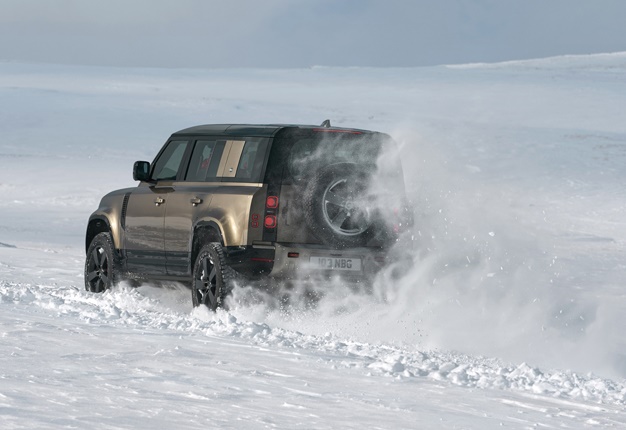 No resource or justification

As Land Rover’s luxury SUV products transitioned from steel frames to aluminium unibody construction, there was always going to be a tipping point where building a separate body-on-frame vehicle became unviable.

Land Rover’s production and engineering systems are all harmonised to produce with very best aluminium technology available. There were simply no resources or justification for keeping the new Defender on a steel ladder frame, no matter how cherished that thought might be for Series 1, 2, 3 or County owners.

Defender traditionalists might warm to some acceptance of the new vehicle’s advanced unibody construction, but the move from solid axles to independent suspension will be more difficult to accept.

Solid axles give a guaranteed level of off-road wheel articulation and robustness. An independently suspended wheel can easily blow through its travel or be knocked badly out of alignment in a severe error of judgement off-road.

To counter the vulnerability of independent suspension, new Defender will be available with air-suspension, which greatly increases the ability to absorb terrain impacts. It also gives new Defender the adaptability to have raised ride height when required (off-road), and run lower, at a more stable centre of gravity, at highway cruising speeds. We live in a world where facts and fiction get blurred
In times of uncertainty you need journalism you can trust. For only R75 per month, you have access to a world of in-depth analyses, investigative journalism, top opinions and a range of features. Journalism strengthens democracy. Invest in the future today.
Subscribe to News24
Related Links
WATCH: New SA-bound Land Rover Defender unveiled at Frankfurt - An icon reimagined for the 21st...
WATCH: New Land Rover Defender pushed to the limit in Dubai desert testing
Next on Wheels24
Nissan SA confirms Terra SUV for 2021 introduction