Save some cash: 7 cheap single-cab bakkies in SA

Update: We've include two Mahindra bakkies to our list.

Cape Town - Bakkies continue to sell like hot cakes in South Africa, with several automakers attempting to grab their share of the commercial vehicle market, especially with lifestyle-orientated double-cabs.

If you're in need of a workhorse on a farm or a delivery vehicle, a single-cab bakkie might be suited to your needs. Some singe-cab bakkies in SA can be purchased for less than R200 0000.

Bakkies of all sizes

The bakkies in our below list have been added based on price and not the segment they're competing in - hence it includes bakkies from both the half- and one-tonne segments.

The list below focuses on cheap single-cab bakkies; all of the vehicles have a price tag of less than R200k. You'll have to forego many luxuries/niceties compared to double-cab offerings, but the vehicles are purpose-built and are sold for a fraction of the price of popular premium bakkies.

In 2015, Mahindra expanded its range of bakkies with its Bolero Maxitruck – a single-cab workhorse focussed on providing a high payload and versitility. Powering the Maxitruck is a 2.5 litre four-cylinder turbodiesel capable of 46kW/195Nm mated to a five-speed manual driving power to the rear-wheels. Since first coming to market almost a decade ago, the Ute has undergone a name change and enhanced its position as workhorse with a great value proposition. The Ute is a constant top 10 contender in SA's monthly bakkie sales and is Chevrolet SA's best-selling vehicle. As an entry-level bakkie the Ute ticks all the right boxes. 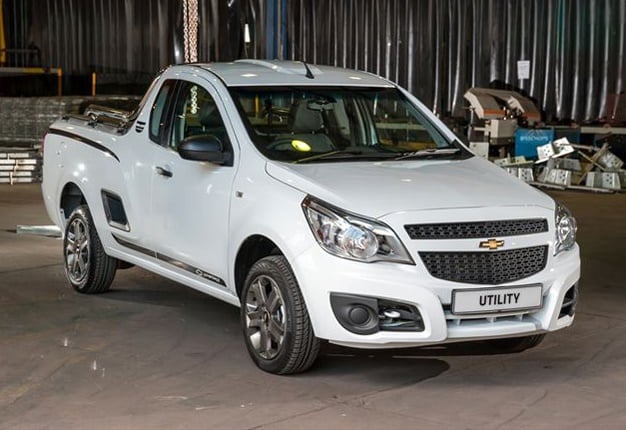 The NP200 is the successor to the legendary Nissan Champ and sells around 1000 units every month. The bakkie has a large loading bay and can carry just about anything asked of it. First-time buyers have found quite a liking to the bakkie because of the value it offers and versatility. The Steed 5 is GWM's entry-level into the bakkie market. The Steed 5 may not have the same levels of luxury as the Steed 5E and Steed 6, but it is one of the better Chinese products. An underrated bakkie at a very affordable price. The Mahindra Bolero is built for heavy duty performance. It's fitted with a 2.5-litre Turbo Diesel engine. Buyers can choose between 4×4 or 4×2, loadbox or dropside variants. The Worker is based on the Tata Xenon, but it is a much more rugged bakkie. The Worker is a living definition for being robust workhorse (excuse the pun). It does have power steering and aircon, but that's about as far as fancy bits go. It's not the most refined bakkie, but it can go the distance and do what's asked of it. Another Chinese bakkie, the JMC Boarding, is available in SA. It's not a very powerful bakkie, but can get the job done. It's aimed squarely at being a worker, but can do the occasional family trip. And with that big loading bay, transporting anything will be a breeze. We live in a world where facts and fiction get blurred
In times of uncertainty you need journalism you can trust. For only R75 per month, you have access to a world of in-depth analyses, investigative journalism, top opinions and a range of features. Journalism strengthens democracy. Invest in the future today.
Subscribe to News24
Next on Wheels24
Watch out, Ranger and Hilux! Mazda's refreshed BT-50 bakkie is finally here in SA