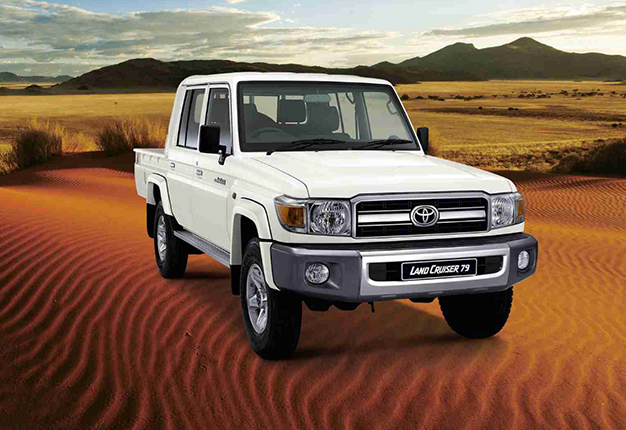 Our choice for bakkie of the decade is slow, date and indispensable.

Bakkies are what make South Africa work. Mzansi’s most popular category of vehicle is a crucial part of enabling the local economy.

There is an issue when evaluating what would be South Africa’s bakkie of the decade. A significant change has happened in the 2010s, with many double-cab bakkies becoming leisure vehicles, mostly used as commuters.

Conventional bakkie design requirements prioritise robustness and utility. It is the reason that all full-size bakkies are built on a steel ladder-frame, instead of blended monocoque construction.

User profiles have changed so much that bakkies are now purchased on the merit of appearance and comfort features. Their ultimate utility coefficient is not longer a crucial decision point. And that’s not right.

What is your ultimate bakkie of this decade, and why? Email us

.
In choosing a bakkie of the decade we cannot pander to the leisure application logic. The decision should be merited with regard to traditional bakkie values. READ: SUV of the decade | This little five-door proves that a smaller 4x4 does not have to contain your sense of adventure

The Bakkie of the decade must be a double-cab that can do what bakkies have always done: move necessary stuff to impossible locations. A Saturday morning braai wood collection journey does not qualify.

A bakkie that gets stuff done

South Africa, fortunately, retains a large enough core of traditional bakkie customers, people who worry about loadability and durability instead of Apple CarPlay or level 3 autonomous driving. For these hardy users, who build infrastructure ranging into the middle of nowhere or service the mining and agricultural industries, there remains only one bakkie: the Land Cruiser 79. Bakkie fans might criticise our choice of Toyota’s Land Cruiser 79 as way off trend. There is no question that it is remarkably dated in terms of contemporary safety and comfort.

An argument could be made that the Amarok is more important, having proven the value of passenger car ergonomics, and a smaller, efficient powertrain in the deeply traditional market.

Ford’s T6 Ranger was also a candidate, due to its influence on the current-generation Hilux, which was over-engineered to meet the rising challenge from Ford’s bakkie.

The Raptor is also a fantastically accomplished vehicle in its own right. But none of these vehicles do the traditional bakkie thing in quite the same way that a ‘Cruiser can.

Land Cruiser 79 remains a frustrating vehicle to drive in any environment where most Amaroks or Rangers operate, but in the traditional quarry of a bakkie owner, it excels.

And because South Africa remains true bakkie country, where rural communities require emergency services and suffer the risk of being cut off during natural disasters (as recent flooding proved) the Cruiser 79’s merits are inarguable.

In some ways, it is the only true double-cab bakkie on sale in South Africa, although it might not survive in its current form for too much longer. But over the last decade it has made a material difference in the places it has operated and done the work that other bakkies simply can no longer do – due to their reconfiguration to leisure vehicles.

We live in a world where facts and fiction get blurred
In times of uncertainty you need journalism you can trust. For 14 free days, you can have access to a world of in-depth analyses, investigative journalism, top opinions and a range of features. Journalism strengthens democracy. Invest in the future today. Thereafter you will be billed R75 per month. You can cancel anytime and if you cancel within 14 days you won't be billed.
Subscribe to News24
Related Links
FIRST DRIVE | The rugged Toyota Land Cruiser Namib Edition is made for any terrain
Is this the best Land Cruiser yet? Toyota SA announces Namib edition - built and engineered to...
Next on Wheels24
Scout III: Move over Ford Bronco, VW plans to revive the iconic off-road moniker